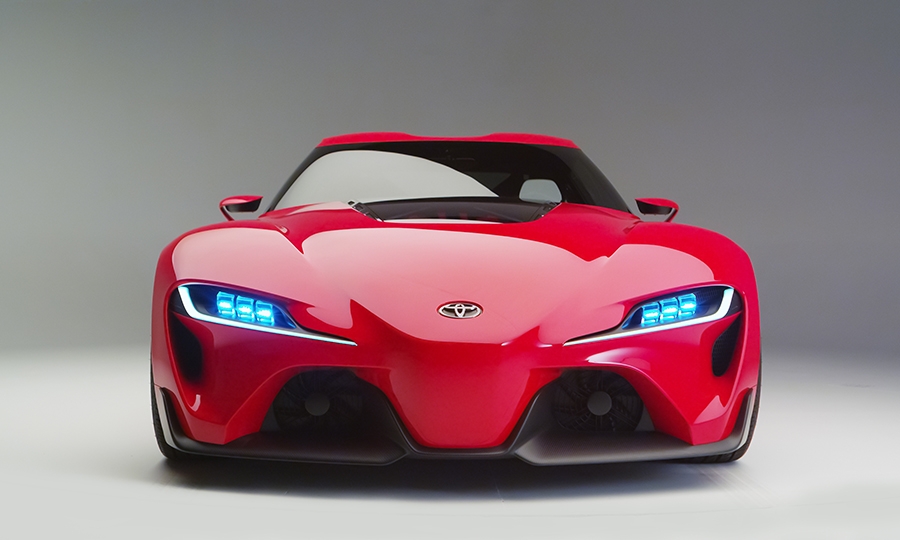 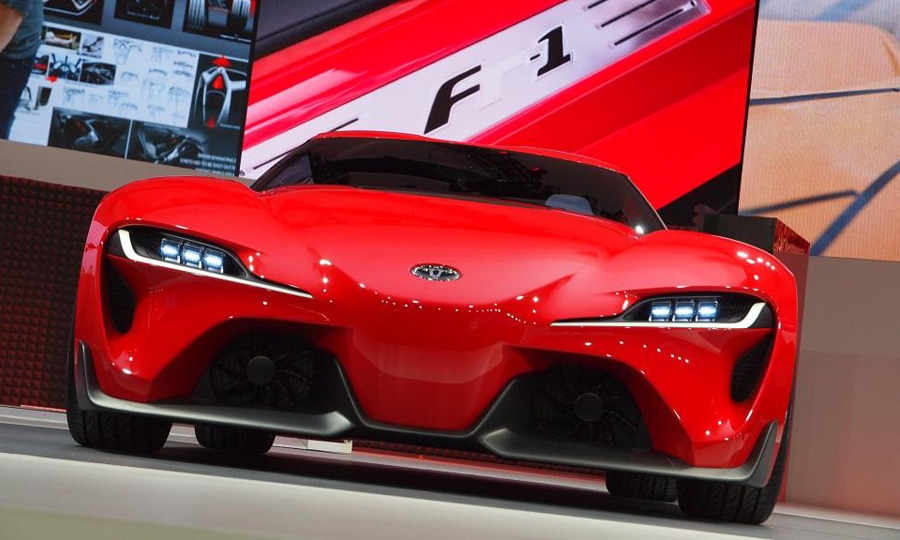 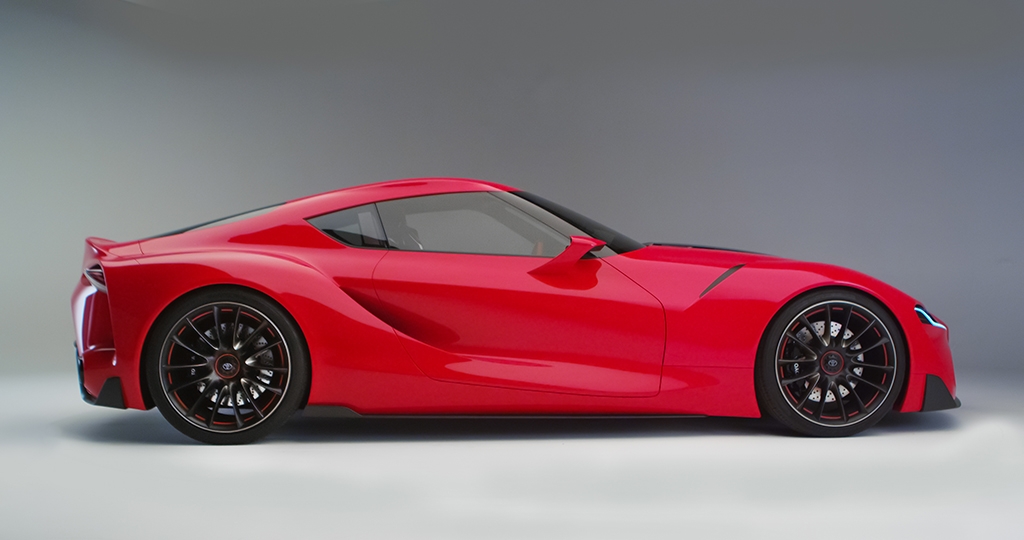 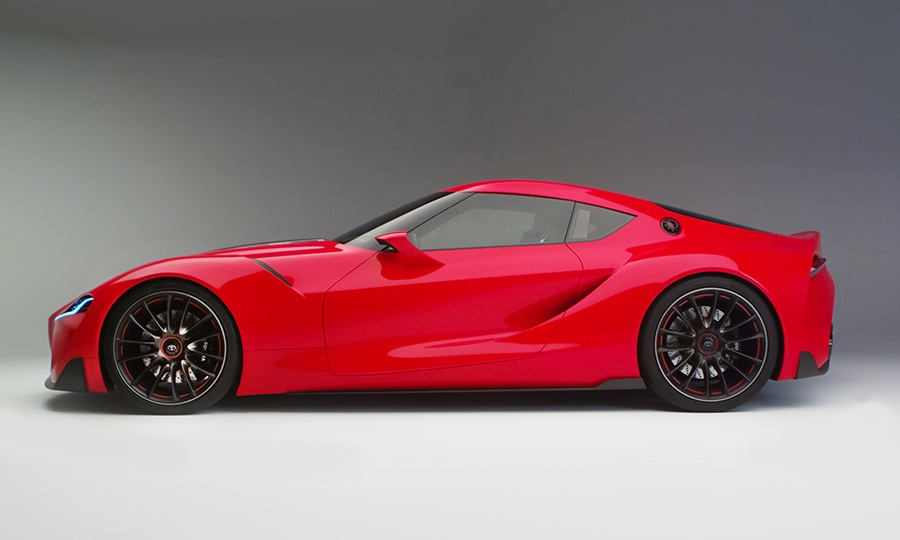 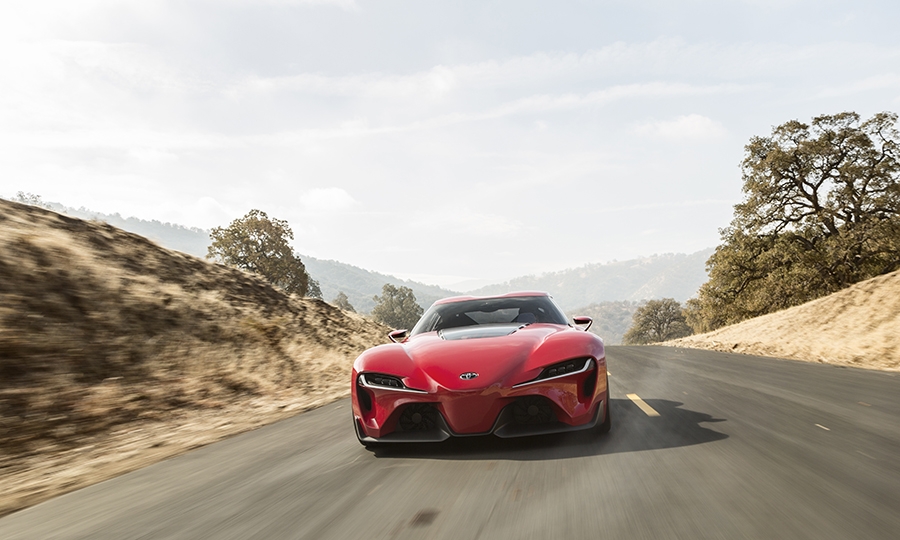 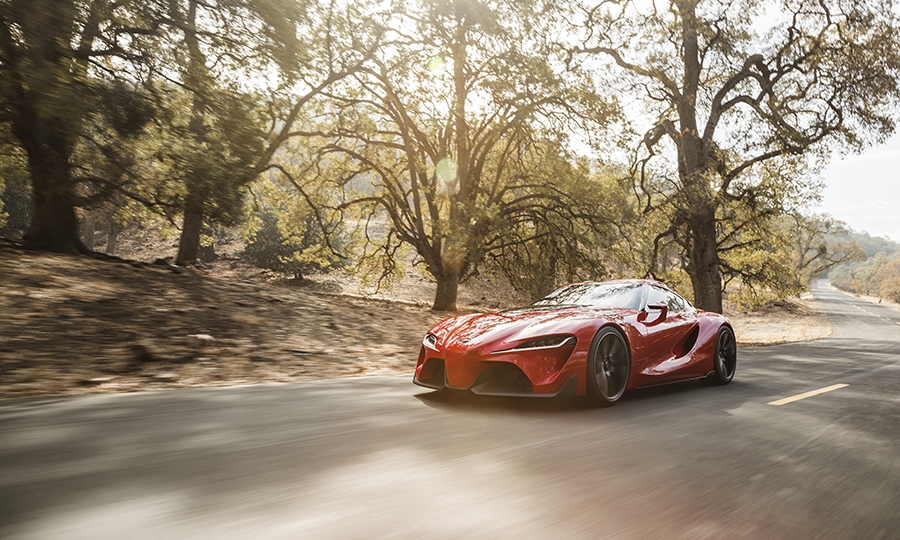 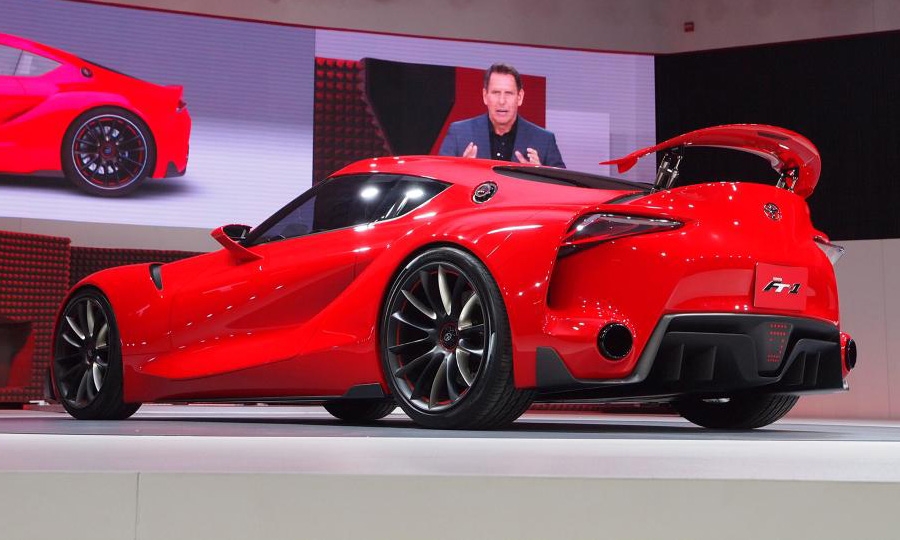 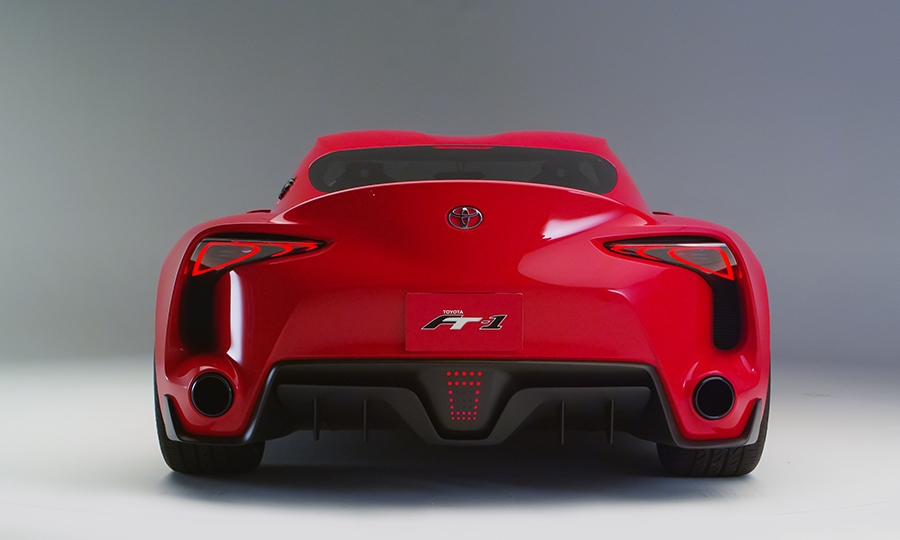 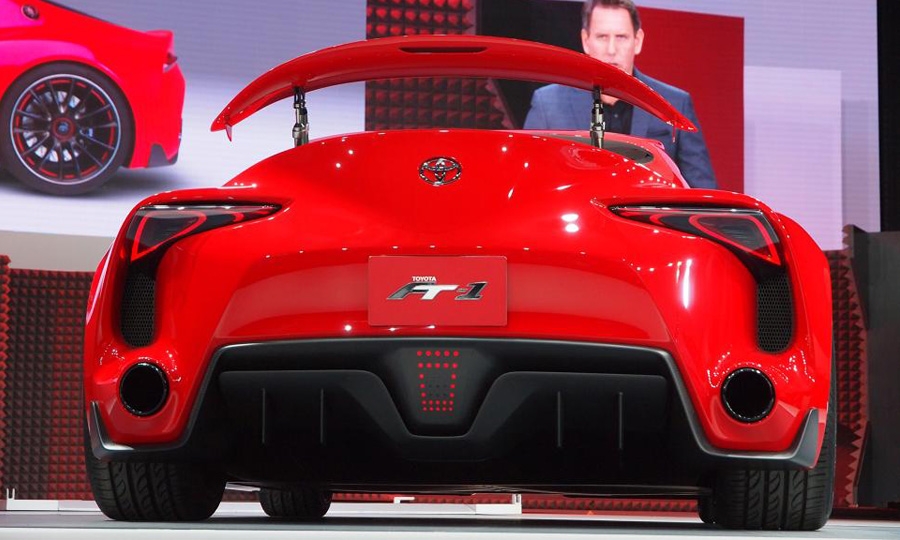 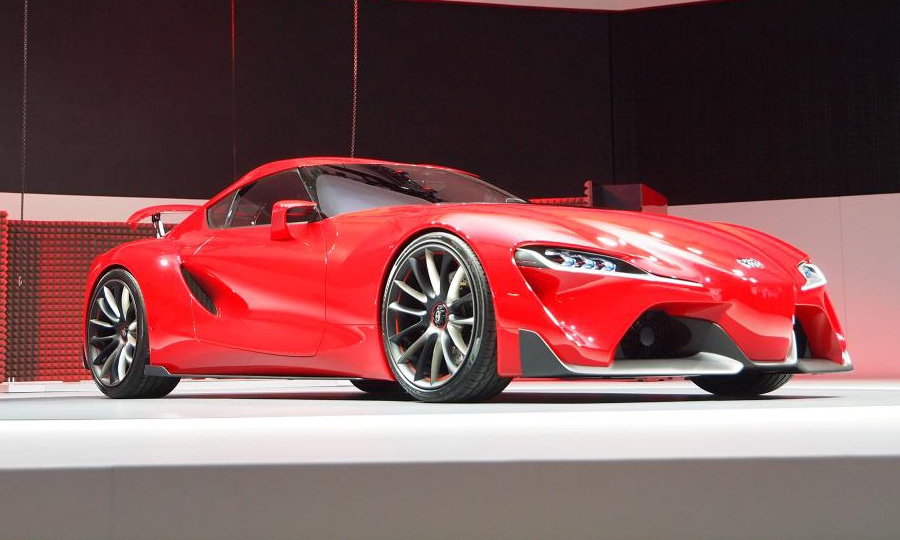 DETROIT -- The press conferences are over (our feet are killing us), our staff has stopped wrestling, and the ballots are counted. The 2014 Detroit auto show had dozens of never-before-seen cars and trucks gleaming under the Cobo Center lights.

Here are the four we, the Autoweek staff, think stood out the most.

Simply put, the Corvette Z06 is incredible. Chevy's claiming at least 625 hp from its 6.2-liter supercharged small-block. The engine is called LT4 and produces 635 lb-ft of torque to go along with the monster horsepower. The LT4 has a new 1.7-liter Eaton supercharger; it only adds an inch to engine height and Chevrolet says the Z06 is recording lap times faster than the outgoing ZR1. The Z06 uses the standard Stingray's aluminum structure. For the Z06, bodywork has been modified for more speed, downforce and stability, and you'll also have the option to upgrade to a carbon fiber aero package with a new front splitter, rocker panels and a larger rear spoiler.

Not enough? There's a Z07 performance package with larger winglets for the front splitter and an adjustable center section for the rear spoiler. Other body changes include a reworked front fascia to cool the supercharger's intercooler; both front and rear brakes benefit from cooling vents; and since 50 percent more air is directed toward the transmission and differential, the rear fascia has larger openings. Two-piece steel brake rotors are standard, carbon-ceramic rotors optional. Michelin Pilot Sports tires are standard, and the fenders have been widened more than 2 inches in front and more than 3 inches in the rear to accommodate the new rubber. Suspension is carried over from the Stingray, calibrated for the performance increase and Magnetic Selective Ride Control is standard. So is the electronic limited-slip diff.

Since last year's Stingray debut, we've been holding our breath for the Z06. Next up? Driving it, of course. From what we can tell so far, we won't be disappointed.

Considering Ford is replacing a truck selling in the 760,000-a-year range, and considering Ford's F-150 has been the country's best seller for decades, a new F-150 was an easy choice for Most Significant. There also happens to be big news here: The body is 95 percent high-strength aluminum and the frame is 77 percent high-strength steel. Depending on what model you order, the weight savings over the outgoing truck can be as much as 700 pounds.

Four engines are on offer; three are familiar, the fourth a surprise. The 2.7-liter EcoBoost maximizes economy, and debuts with a stop/start system. Ford didn't reveal power or torque numbers yet, but they should be impressive. The company also ran the 2.7 liter at the Baja 1000; if it can handle that, it can handle whatever you can throw at it. Other engine options include a naturally aspirated 3.5-liter, the EcoBoost 3.5-liter and the 5.0-liter V8.

Naturally you'll want to tow; the truck offers trailer hitch assist and a rearview camera with a line on the screen to help you line up the trailer hitch. Other gizmos include an updated 8-inch LCD productivity screen with new truck apps, LED lighting in the cargo box, rear-seat understorage and a boxside step to ease entry and exit. The new F-150 goes on sale late this year.

The racy-looking FT-1 concept came out of Toyota's Calty Design, and shares some swoopiness with the Lexus RC F. Walk a couple laps around the red screamer and you'll see some Ferrari Enzo, some Nissan GT-R, and maybe a little SRT Viper mixed in. Could the FT-1 represent a Supra resurrection? Perhaps the beloved 2000GT?

Toyota's not saying, but did mention the concept's "lineage of the 2000GT and the Supra," also hinting FT stands for "Future Toyota." You can drive the car, virtually, right now, if you have Playstation 3; the FT-1 is available as a downloadable car for "Gran Turismo 6." In fact, Toyota says its CEO/race fan Akio Toyoda built and tested the car in the game before it made the concept stage. The story goes that after setting a better lap time in the virtual car than he has in his real-life Lexus LFA, he greenlit the project.

This is one sports car we'd love to see hit the road in production and we think it'd be an absolute hoot to drive. That's why we named it Most Fun.

The Sport Sedan Concept gives a clear look at Nissan's design themes for the next several years, including the flow-over "V-Motion" grille, boomerang light clusters and sharply creased character lines across the flanks.

The name basically tells you what this is. Nissan officials confirmed the Sports Sedan Concept is the basis for a new Maxima due in 2016. The hot-looking sedan also gives a clear look at Nissan's design themes for the next several years, including the flow-over "V-Motion" grille, boomerang light clusters and sharply creased character lines across the flanks. All are intended, Nissan says, to "put some emotion into the side view." Nissan design guru Shiro Nakamura said the concept's intent is to "show a new, highly emotional and energetic design [taking] sports-car principles to a sedan." He said to look for the profile view's floating-roof design on upcoming Nissan sedans. Inside, the seats' diamond-shaped graphics add a 3-D aspect. Nissan says the SSC is powered by a 300-plus hp V6 with a CVT, similar to today's Maxima. The SSC also roughly shares that car's dimensions.

Autoweek is a sister publication of Automotive News.