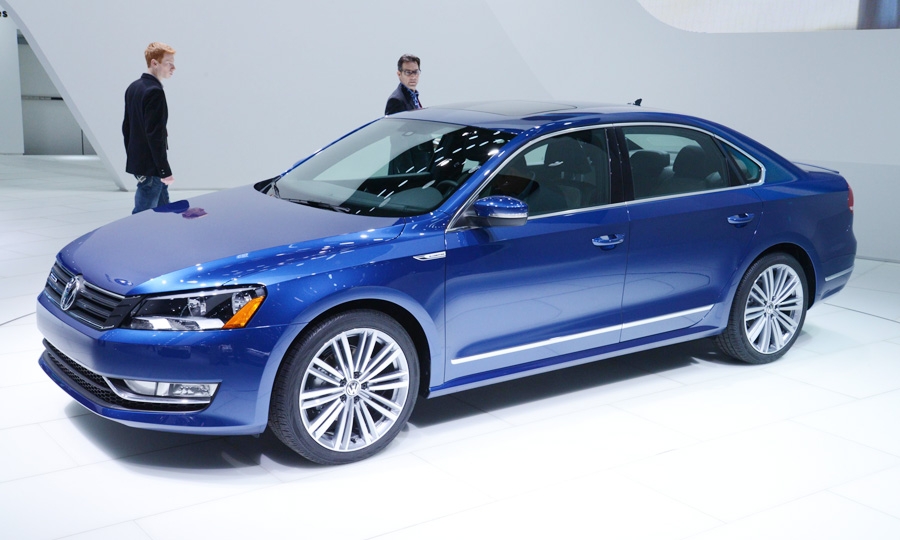 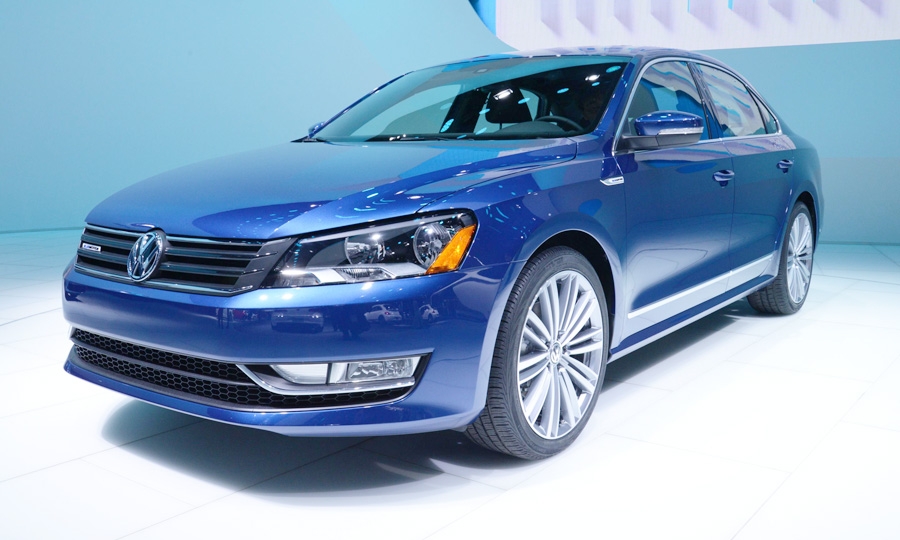 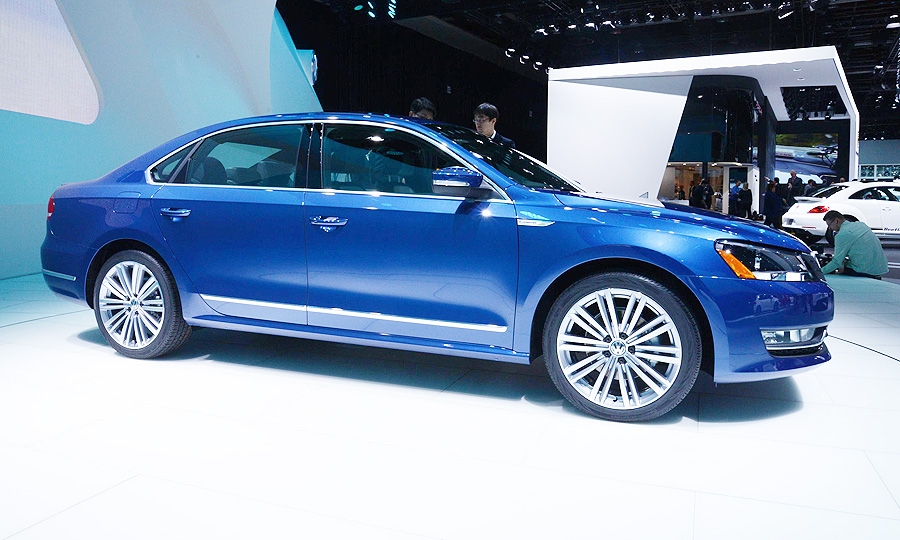 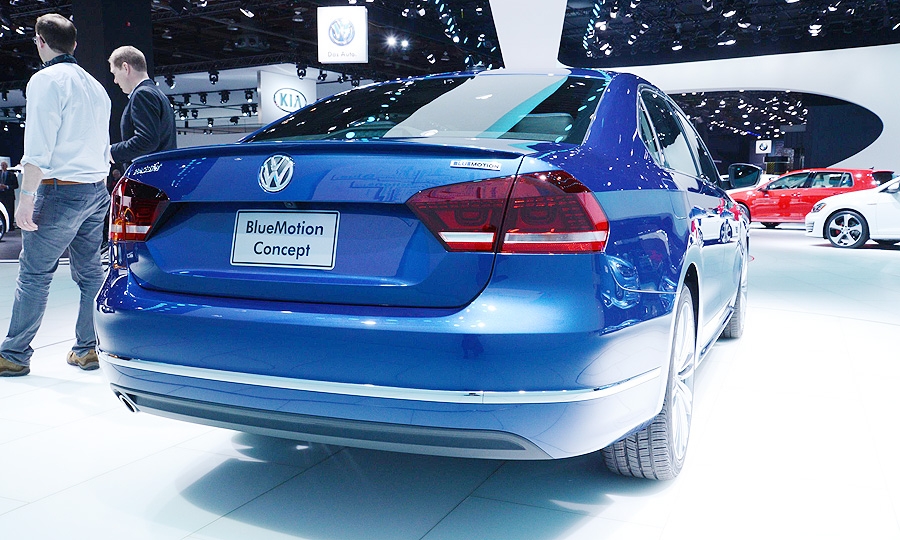 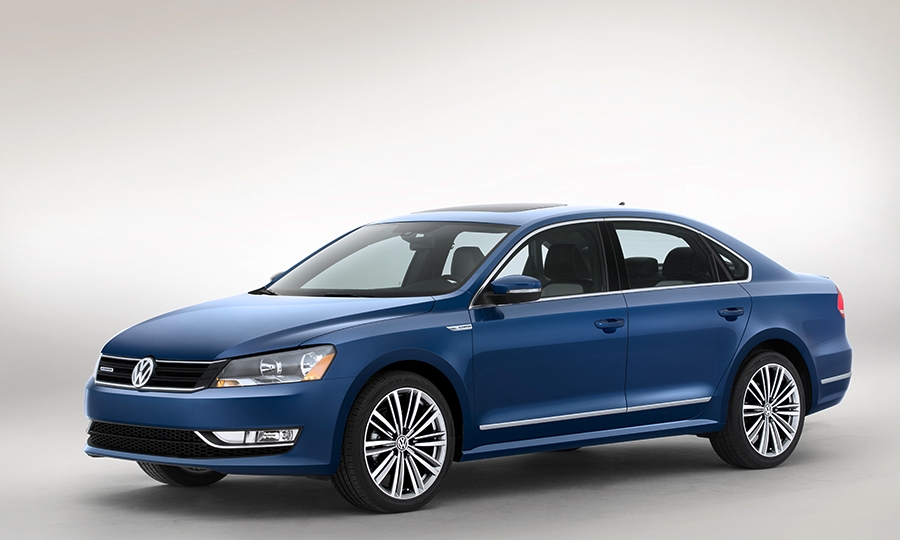 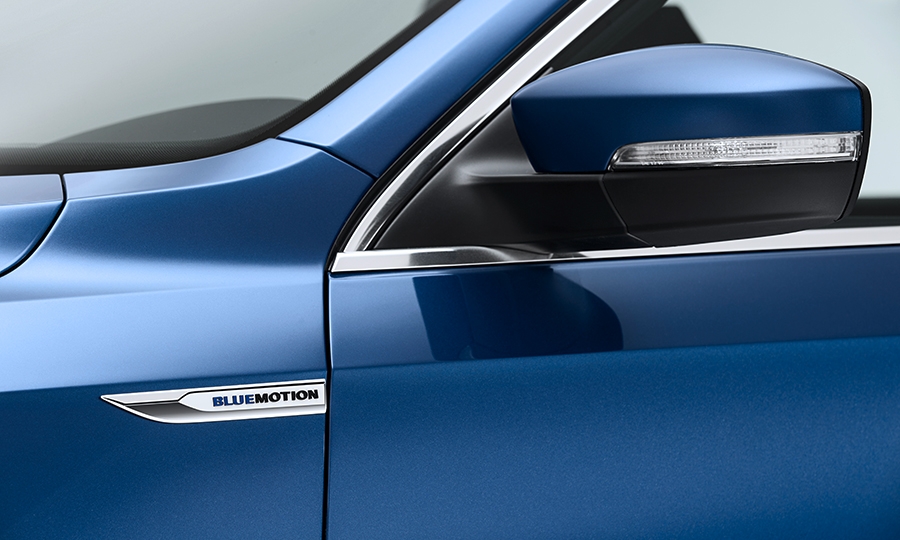 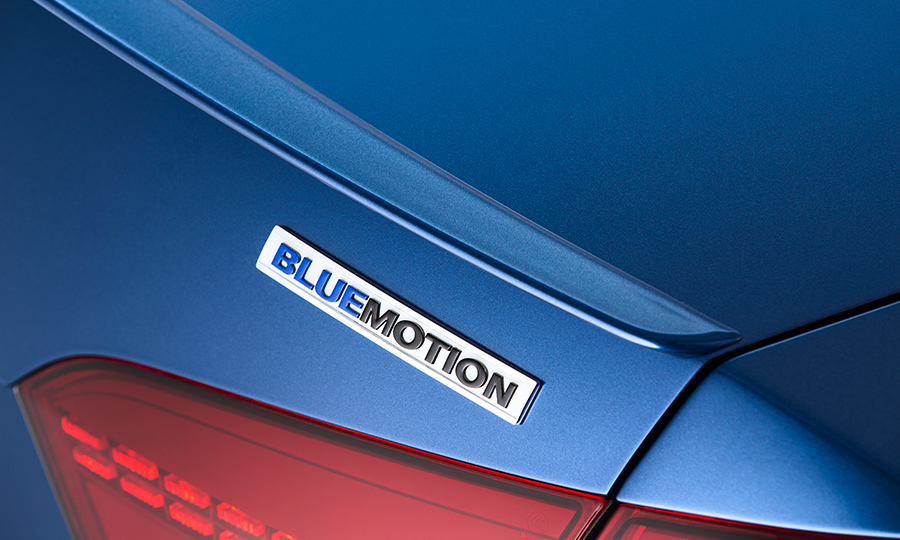 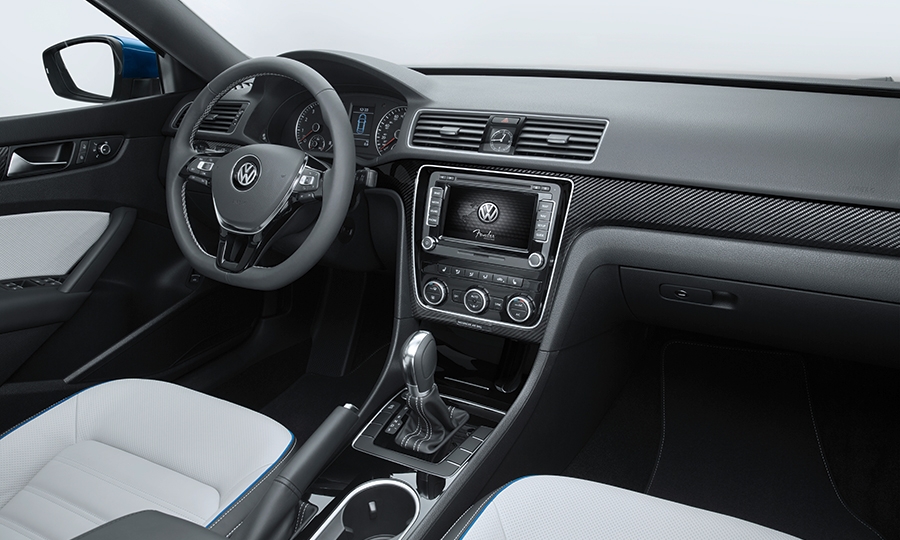 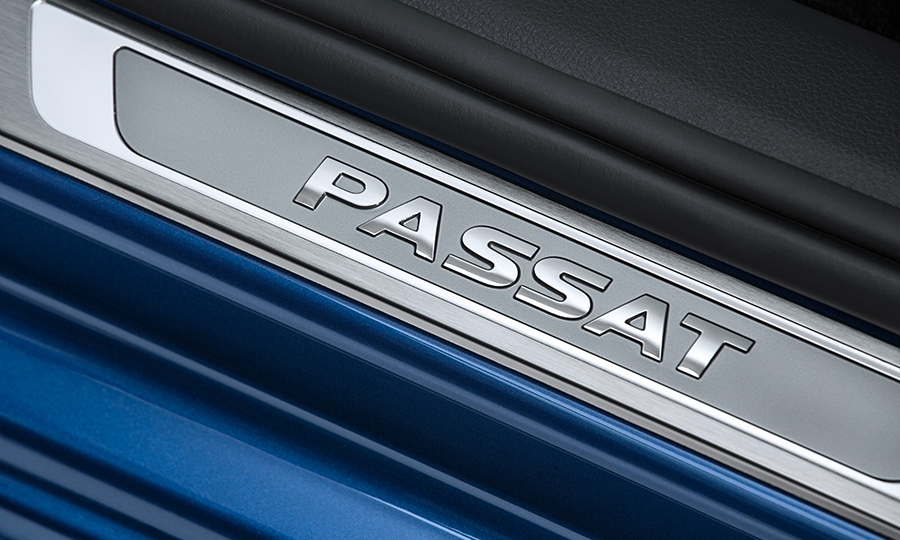 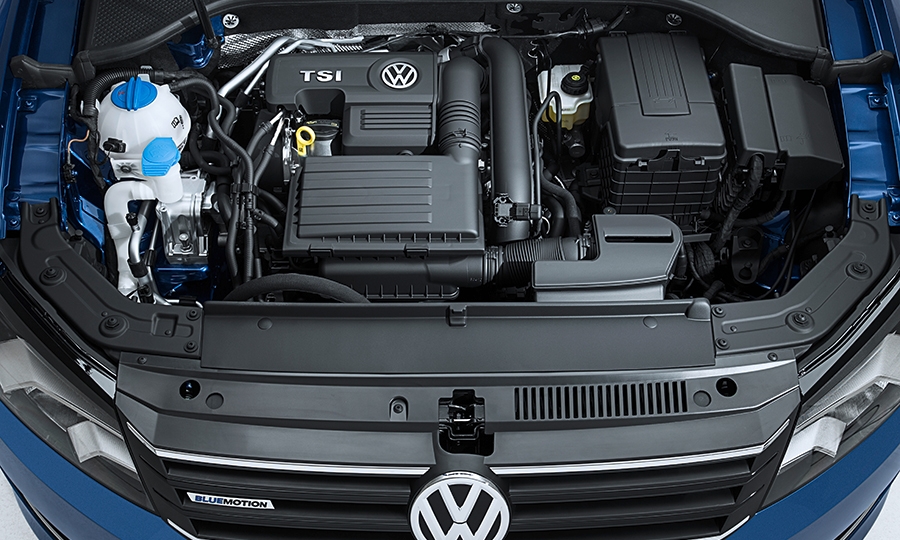 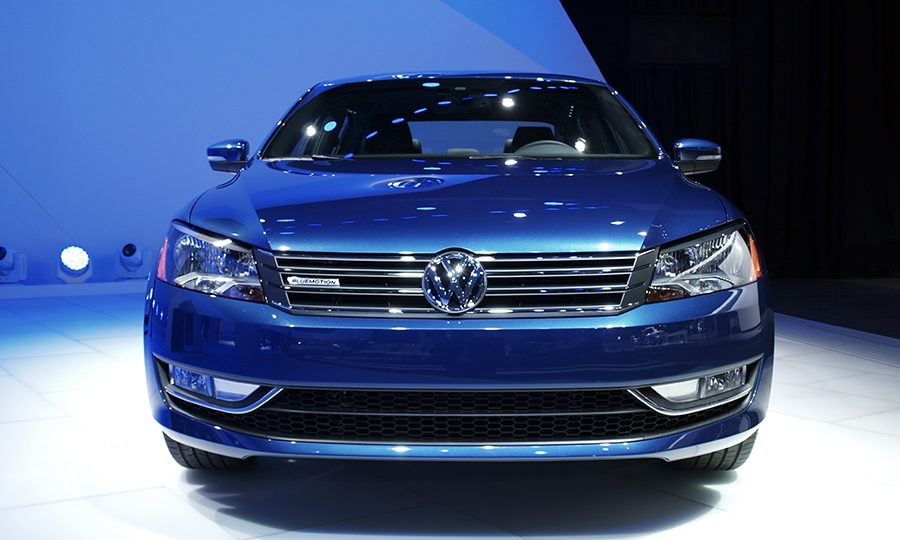 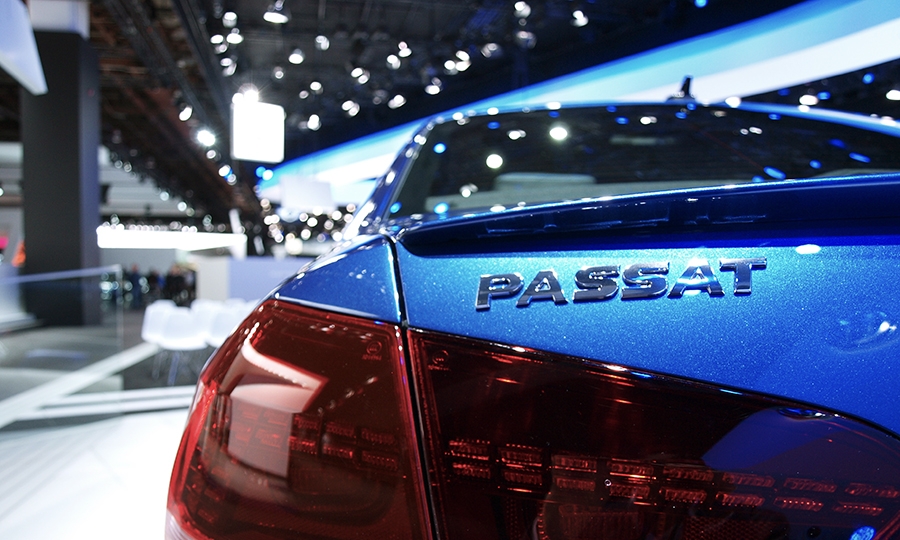 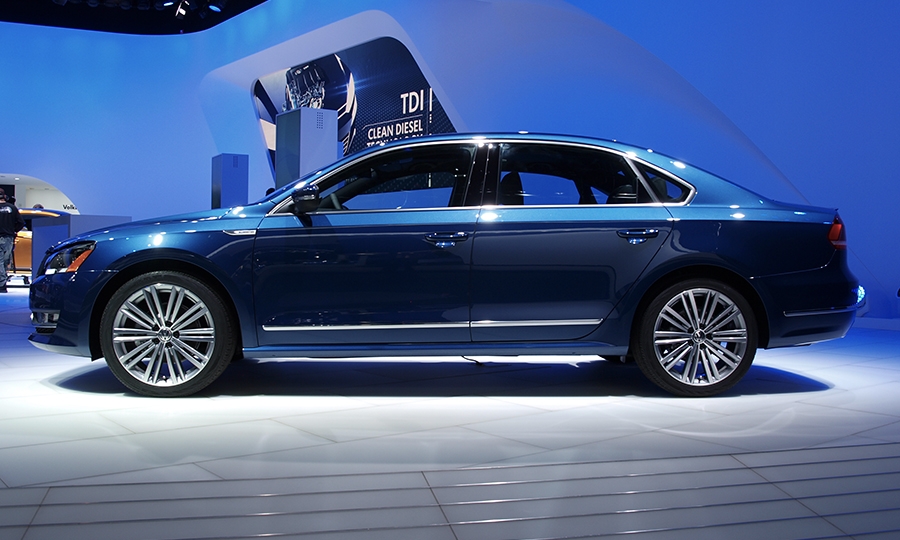 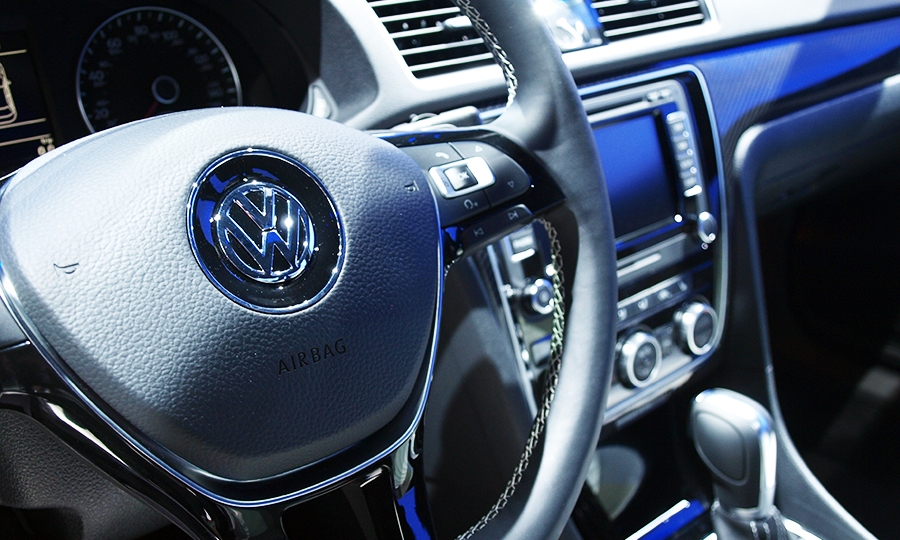 Ahead of an unveiling at the Detroit auto show, Volkswagen AG today released details on a Passat-based concept that VW says gets a best-in-class 42 mpg on the highway, giving a hint of how VW plans to meet tightening U.S. fuel-economy standards.

The concept, the Passat BlueMotion, gets its power from a 1.4-liter turbocharged gasoline engine that can deactivate two of its four cylinders at city speeds -- a feature first offered in the Polo and Golf hatchbacks in Europe.

The reworked Passat also has a stop-start system such as those VW uses in Europe, as well as a coasting function that decouples the engine from the transmission when the driver releases the accelerator pedal, lessening friction in the drivetrain. The hybrid version of the Jetta sedan already saves energy that way.

With the new powertrain, the Passat would get a significant bump in fuel economy from today's base model, which gets 34 mpg on the highway from its 1.8-liter turbocharged engine. That engine produces 170 hp; the 1.4-liter engine makes 150 hp.

A spokesman said that VW will consider bringing the new engine and features to the United States to satisfy greenhouse gas and fuel economy standards.

"Going forward, we are obviously going to evaluate the feasibility of these technologies for the U.S. market," the spokesman said.

Aside from the Passat, another candidate to get some of the new technology is the Jetta compact sedan, which is scheduled to get a midcycle freshening this year. That nameplate's base powerplant is a 2.0-liter, 115-hp engine that gets 32 mpg highway, lagging behind market leaders such as the Honda Civic, Hyundai Elantra and Mazda3.

AV shuttle demonstration was on tap for show