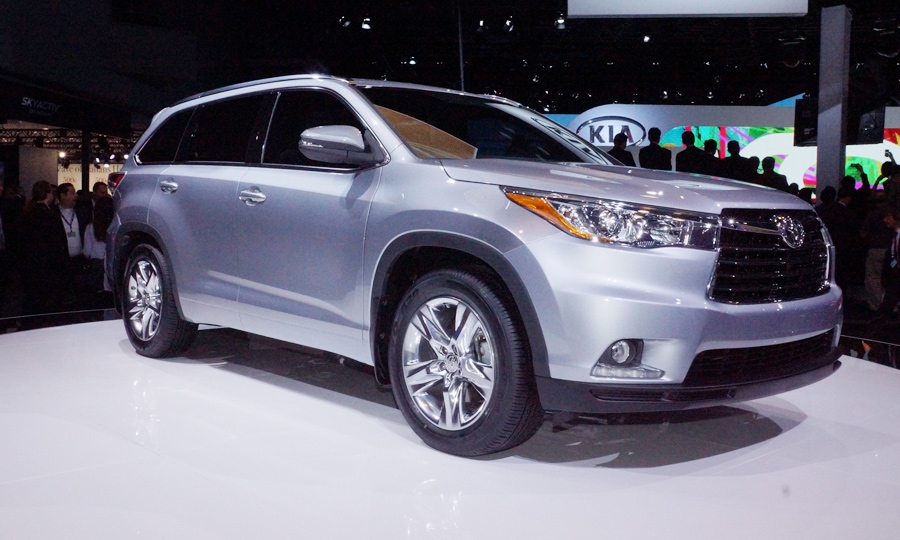 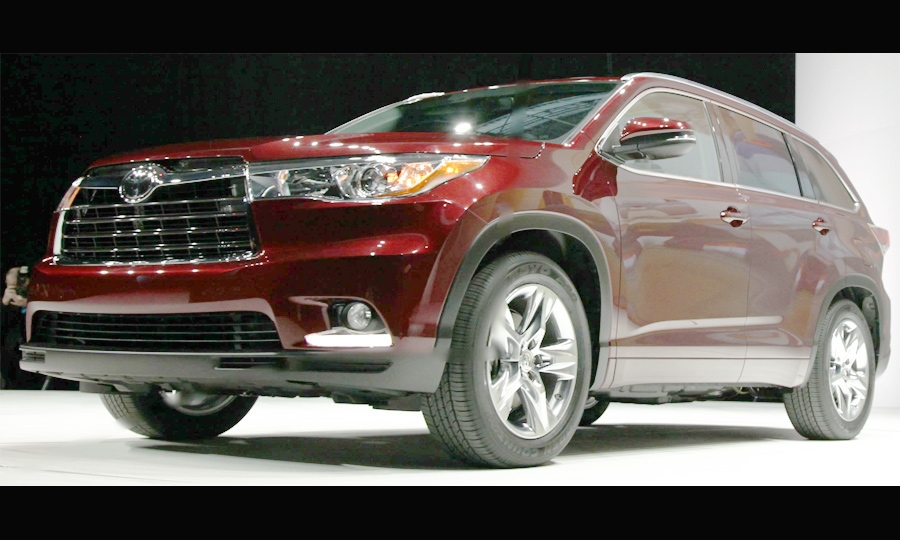 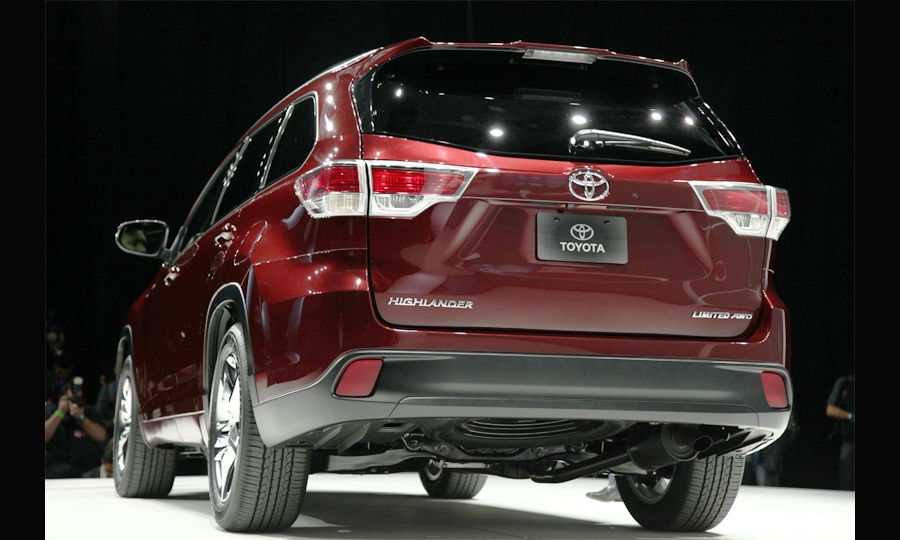 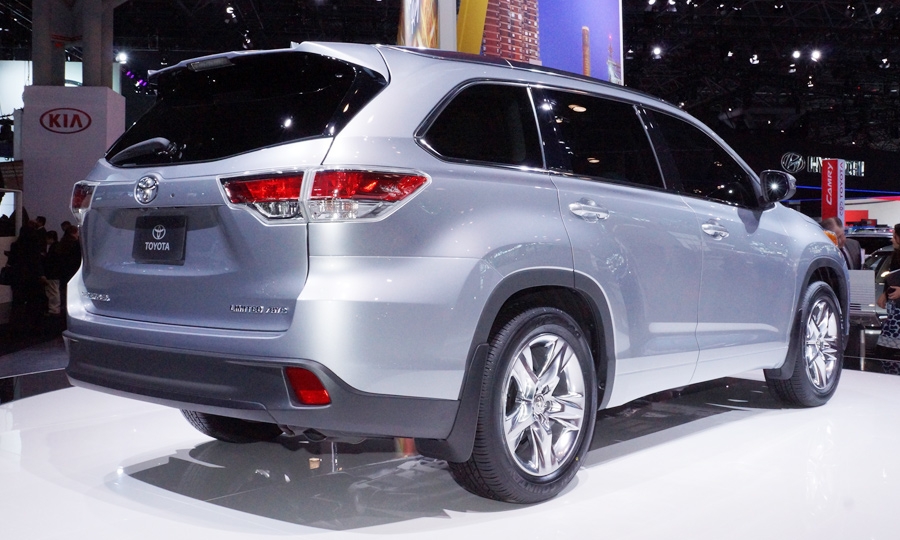 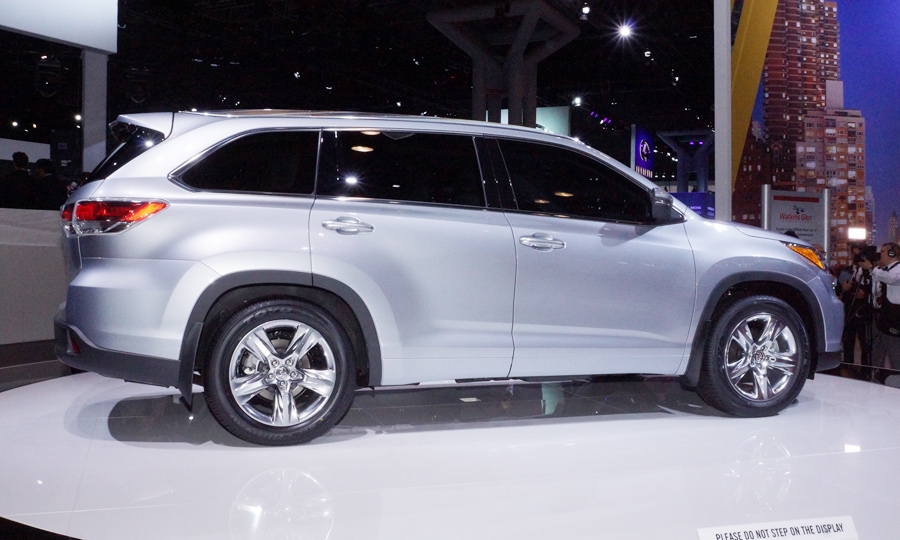 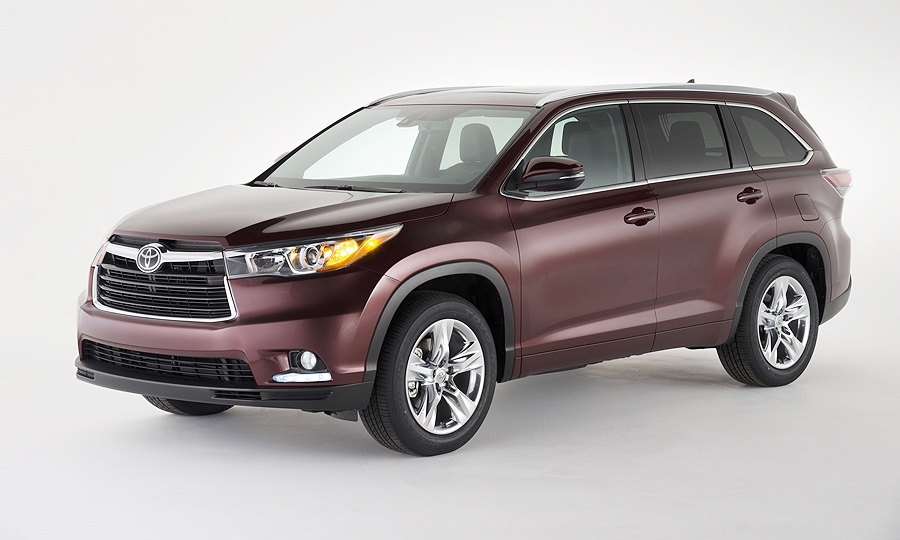 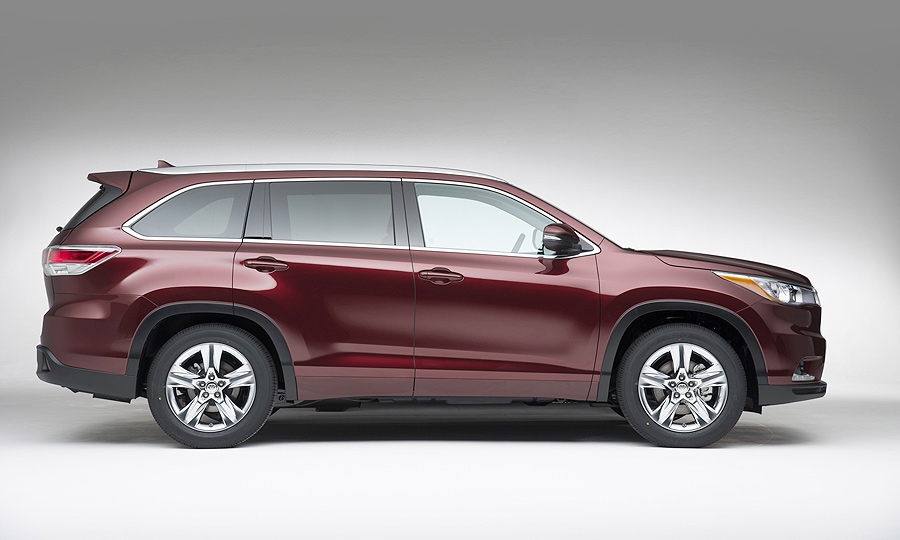 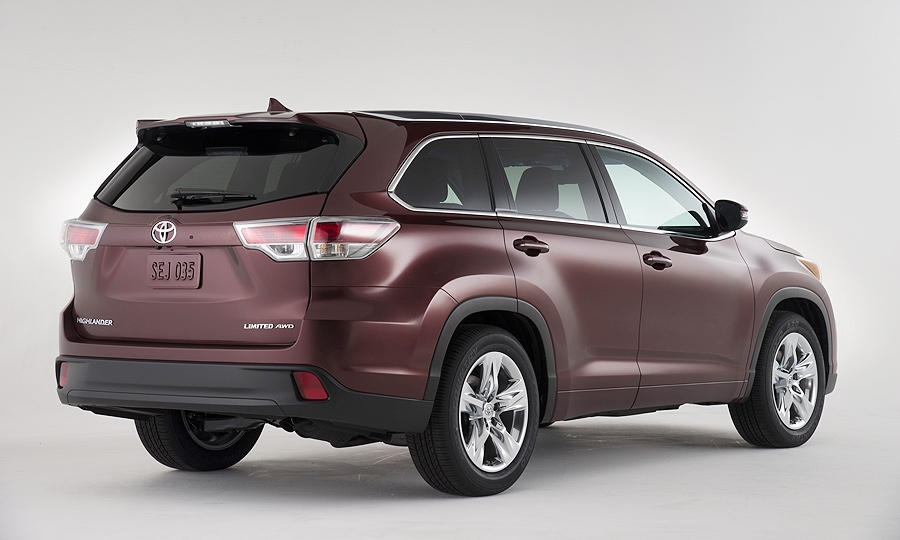 Toyota reduced Highlander cabin noise by increasing the amount of sound dampening materials in the floor by 30 percent, while using acoustic glass for the windshield. 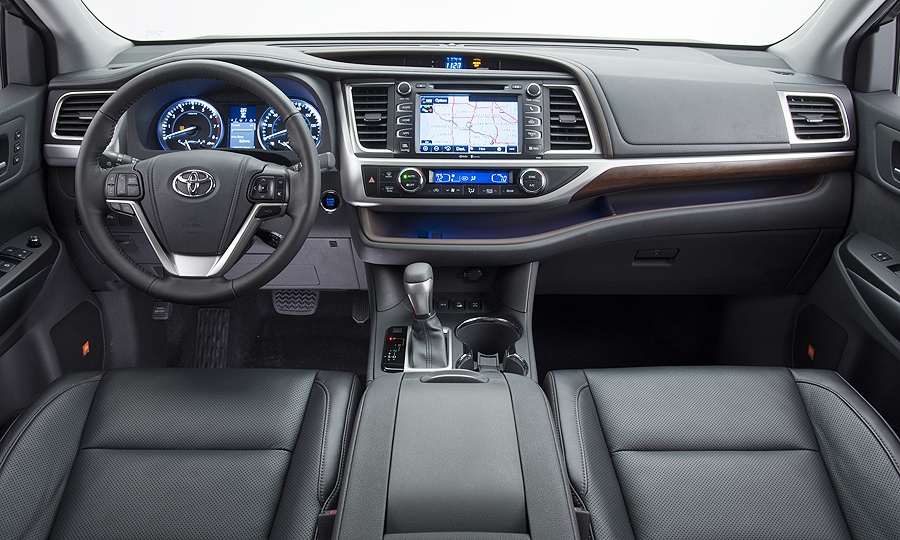 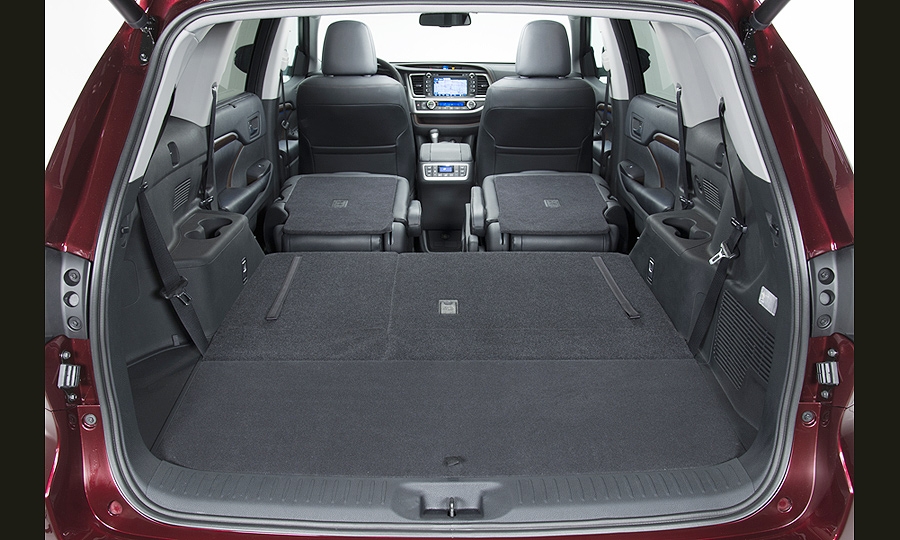 The updated Highlander gets a roomier interior for 2014.

CARMEL, Calif. -- The fast-growing mid-sized crossover segment has become a three-way battle among the Ford Explorer, Honda Pilot and Toyota Highlander. Toyota hopes that with a 2014 redesign the Highlander can gain segment supremacy.

The basics: Although its engines remain the same, the Highlander gets dramatic changes to the sheet metal, interior design, all-wheel-drive setup, rear suspension and content levels.

The body panels are more sculpted and chiseled, with more angularity than before, and the hoodline appears chunkier. The overall length grows nearly 3 inches, with most of that going into the second- and third-row seats and cargo area. The Highlander is offered in seven- and eight-seat configurations.

Powertrain choices are a base 185-hp, 2.7-liter inline-four; a 270-hp, 3.5-liter V-6; and a 280-hp three-motor hybrid mated to the V-6. The same six-speed automatic transmission is shared by the four- and six-cylinder engines; only the final drive ratio is different.

A one-hour test circuit from Carmel to Big Sur returned 31 mpg for the hybrid, 27 mpg for the inline-four and 23 mpg for the V-6 with front-wheel drive.

The rear suspension was changed from a multilink design to a trailing-arm double-wishbone setup. By shortening the shock towers, Toyota made more room for the third-row seat and cargo area. Plus, the double wishbones are more dynamically responsive.

Notable features: Packaging improvements include more efficient use of space in the center stack, allowing for a soft-touch tray to stow cellular phones with a pass-through for power cords.

The center console can fit either a large purse or as many as 58 juice boxes. That's about 8.3 juice boxes per kid in a fully loaded vehicle. To ensure the driver can hear a request for a specific juice, Toyota increased the amount of sound insulation in the floor and used acoustic glass for the windshield.

What Toyota says: "We had to improve the exterior styling; we had to make it an even better car for families, and we had to dial up the driving dynamics," said Bill Fay, Toyota Division general manager. "[We] addressed all of these areas in developing the most complete package in the segment."

Compromises and shortcomings: Toyota said a four-banger hybrid would not work because the vehicle is too heavy; the resulting hybrid would have been slow and had limited fuel economy gains. Although the second-row seats slide forward and the third-row seats recline, the third row clearly is designed only for small children and parcels; it is too cramped for adults.

The market: The Highlander goes on sale in January. Pricing starts at about $30,000 and zooms to $50,000 for a loaded hybrid version. But the sweet spot is around $36,000, which is where Toyota has placed its heaviest-content versions.

Toyota hopes to sell about 140,000 Highlanders annually, with about 60 percent being all-wheel drive.

The skinny: The sheet metal is more attractive and the interior packaging is smarter and much improved. Despite a weight gain of nearly 200 pounds, the performance of the four-banger is surprisingly good, and the V-6 still really hauls. The new rear suspension makes a difference tucking the car into corners. This is a strong challenger for best-in-class honors.

Land Rover orders fill up with fresh lineup on the way