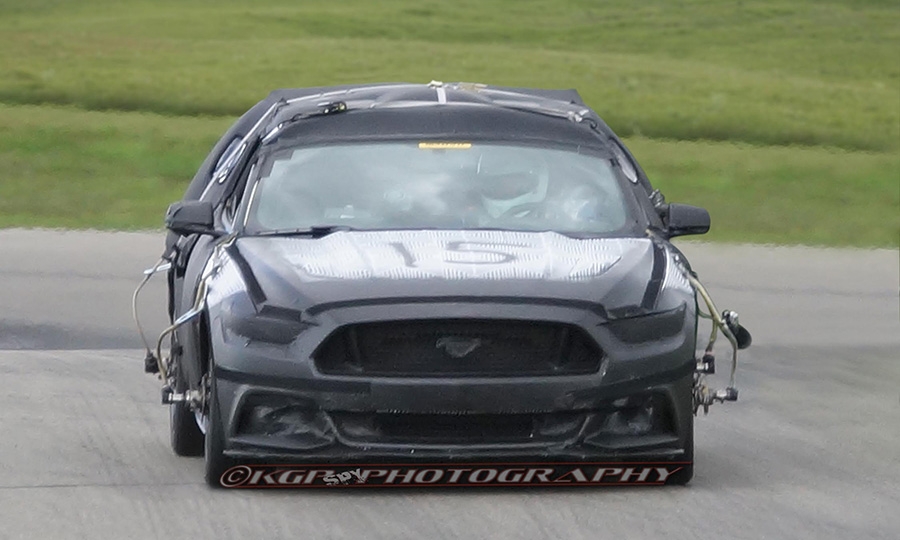 The Mustang test car captured in the spy photo, left, has shades of the Evos, above, and Shelby Mustang GT500, top.
Share 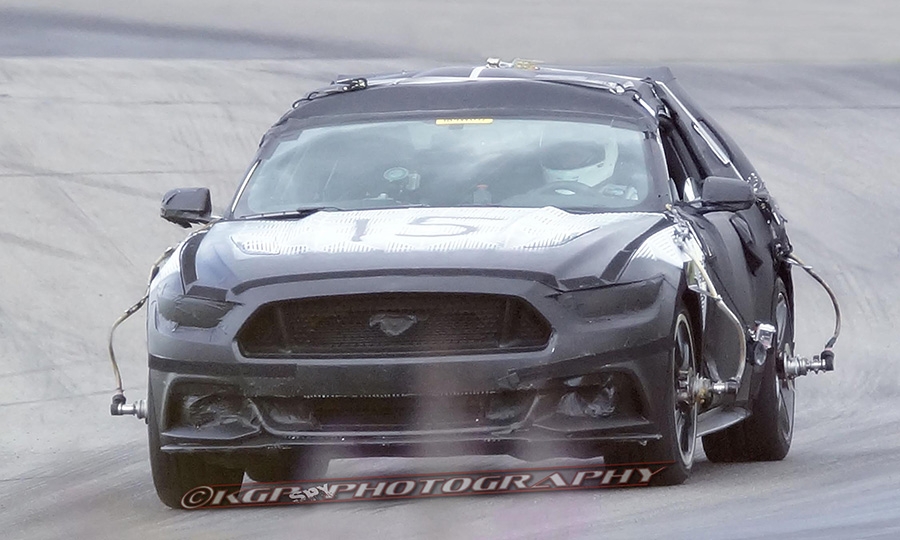 "Mustang has come to be much more than just a car for its legions of fans spanning the globe," said Jim Farley, Ford's global marketing chief.
Share 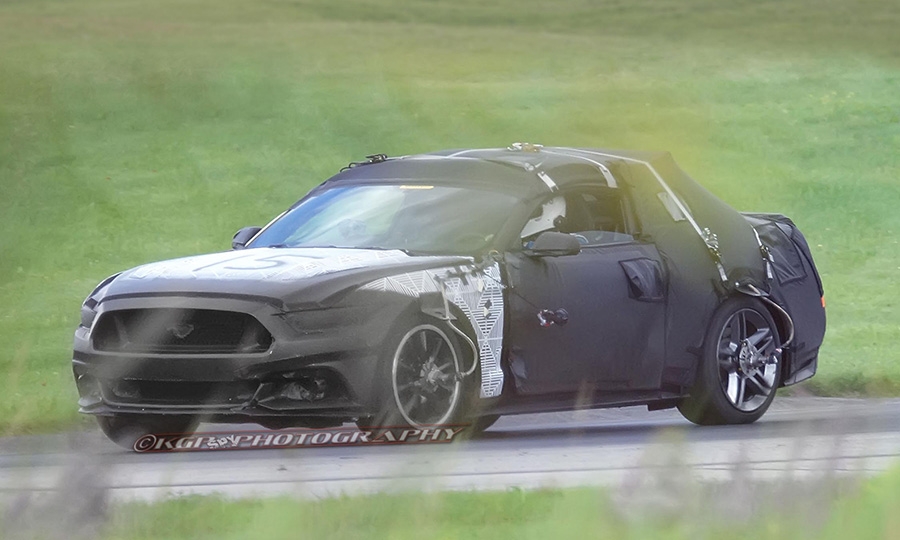 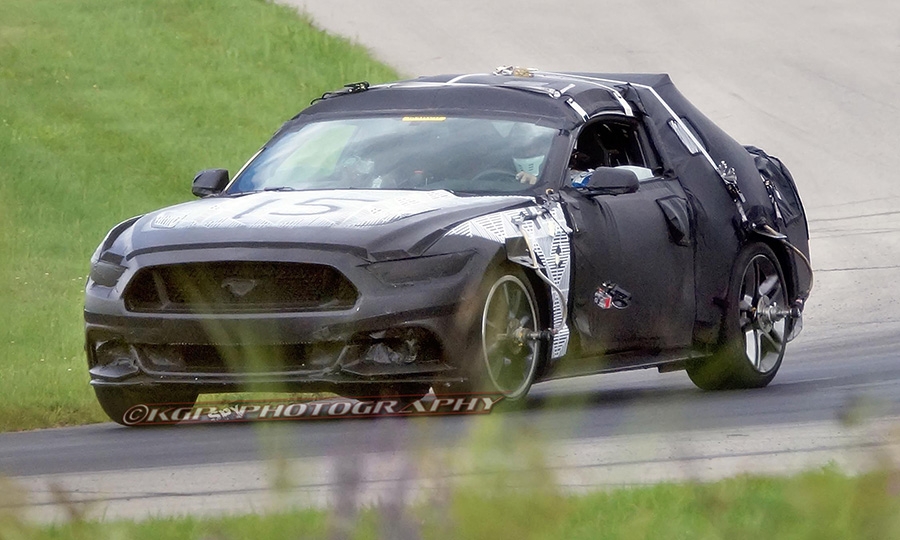 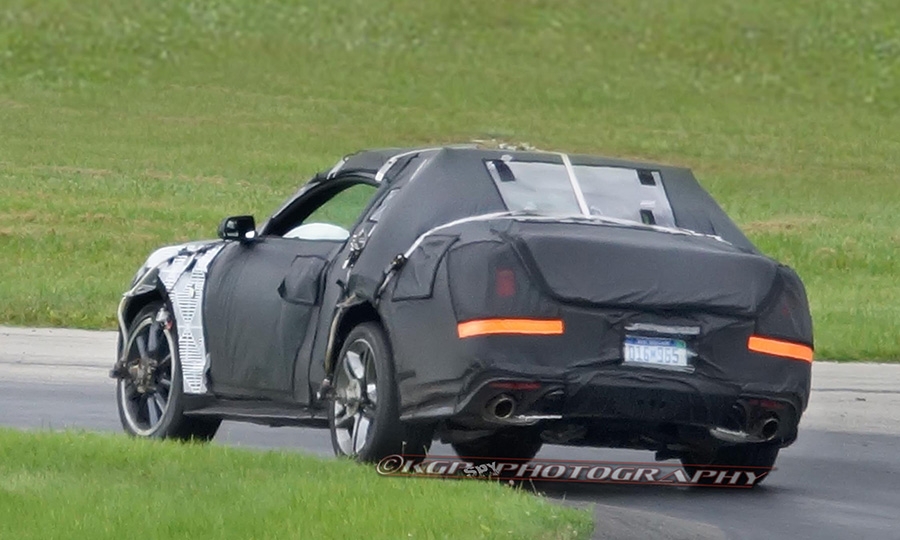 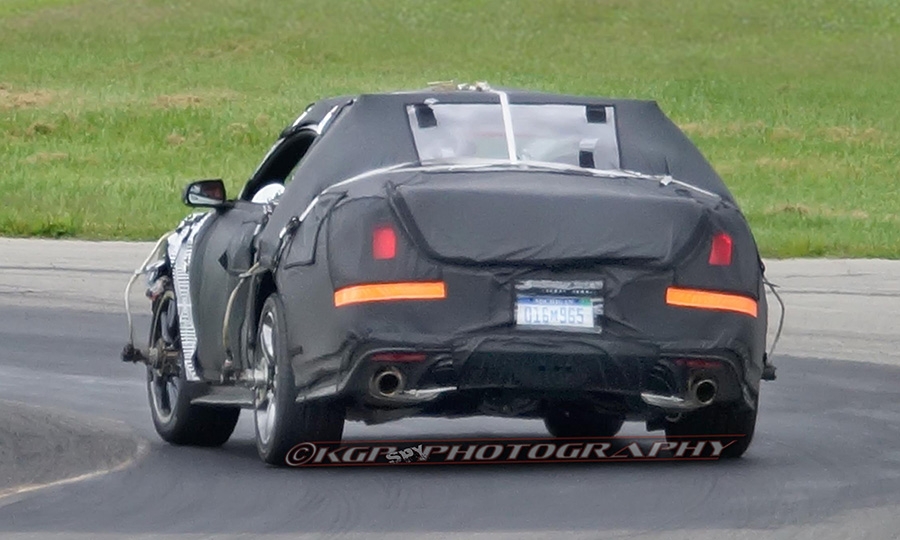 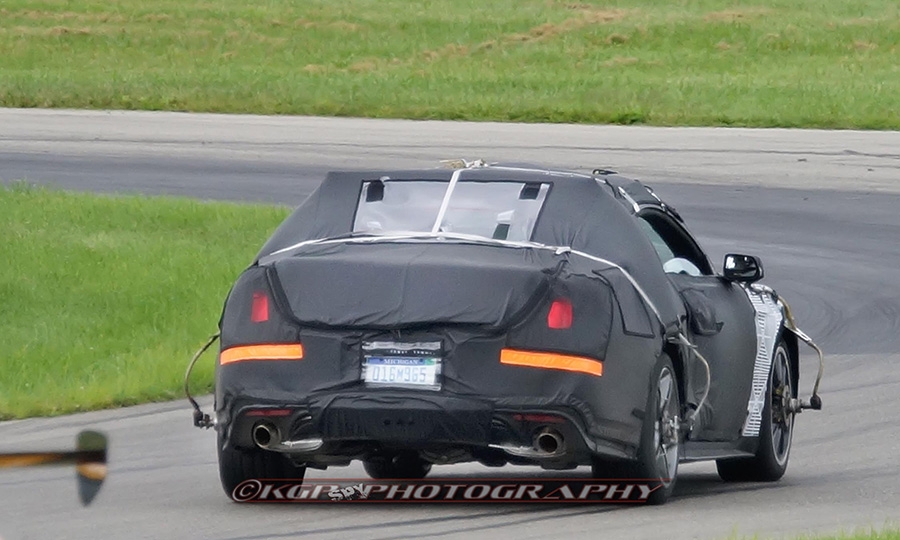 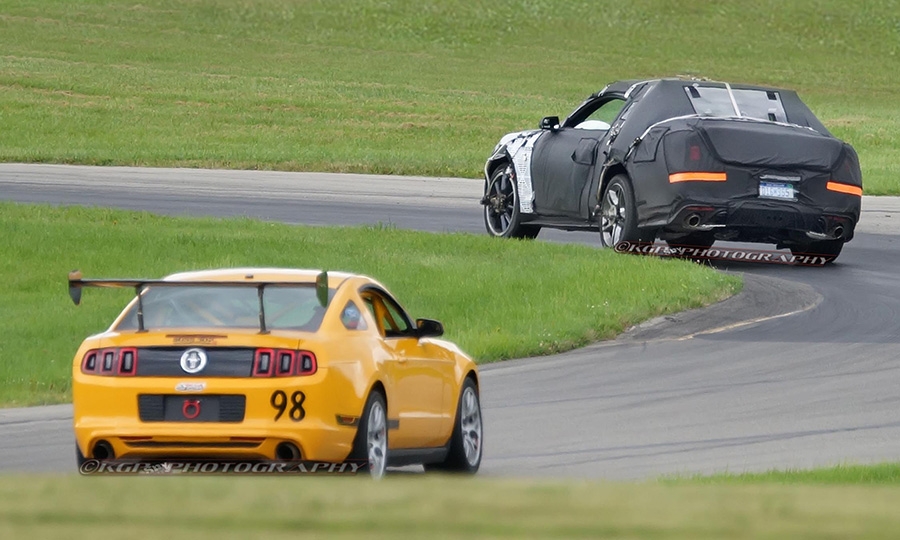 DETROIT -- Ford Motor Co. will unveil the next-generation 2015 Mustang, the first complete overhaul of the iconic pony car since 2005, on December 5, the company said today.

Ford also released what it called the first image of the new car on Instagram.

The new Mustang, which marks its 50th anniversary next spring, gets a more modern design, a more nimble chassis and more efficient engines and transmissions intended to broaden the car's appeal outside of its core American audience.

A teaser image of a portion of the new Mustang released by Ford on Tuesday.

The company announced the timing of the preview in a description of a video posted on its Ford Mustang YouTube channel.

To count down to the unveiling of the new pony car, Ford is teaming up with Facebook and Instagram to showcase what Mustang has meant to millions of owners and admirers the last 50 years.

"Mustang has come to be much more than just a car for its legions of fans spanning the globe from New Zealand to Iceland and Shanghai to Berlin," Jim Farley, executive vice president of Ford global marketing, sales and service and Lincoln, said in a statement. "Everybody has a Mustang story, and the emergence of social media has helped the Mustang community share and connect these personal moments in not just words, but photography and video."

David Phillips and Reuters contributed to this report.

What new Ford product would sell overseas? Not the Mustang