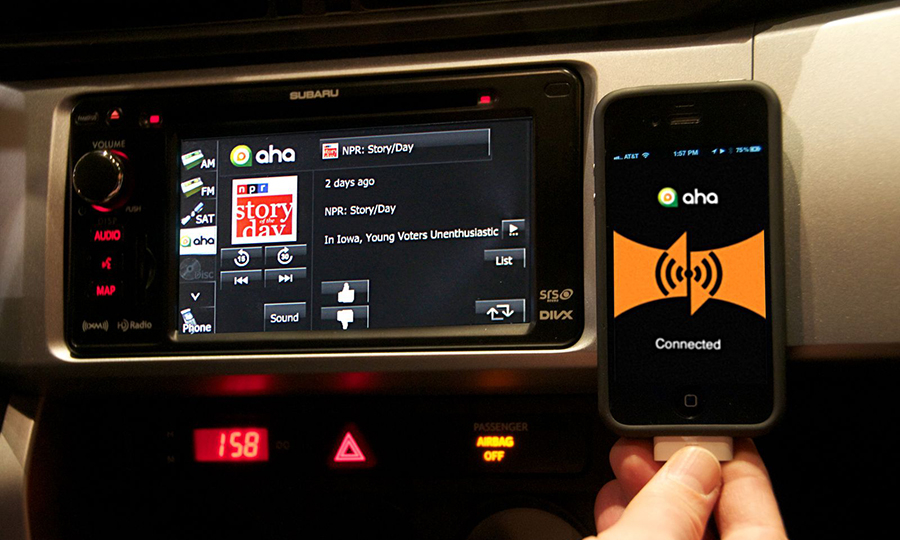 Shiraz Ahmed
Aha is a mobile app developed by audio conglomerate Harman that aims to provide everything you need while driving – internet radio, podcasts, audiobooks, news, talk shows, social media, and more. Drivers can listen to The Onion broadcasts with the same app they listen to 60 Minutes. Automakers such as Subaru, Ford, and Porsche are integrating Aha into their in-car infotainment systems due to the many partnerships the company has already formed with content providers.
Share 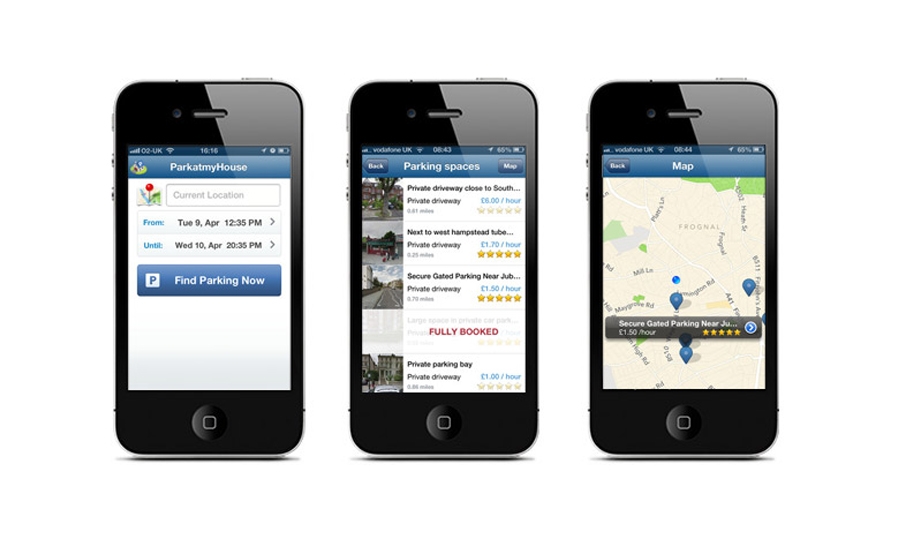 David Sedgwick
ParkatmyHouse allows home owners to rent out their driveways to other motorists. Backed by BMW, the service was launched in London and is expanding to New York, Boston and Washington, D.C.
Share 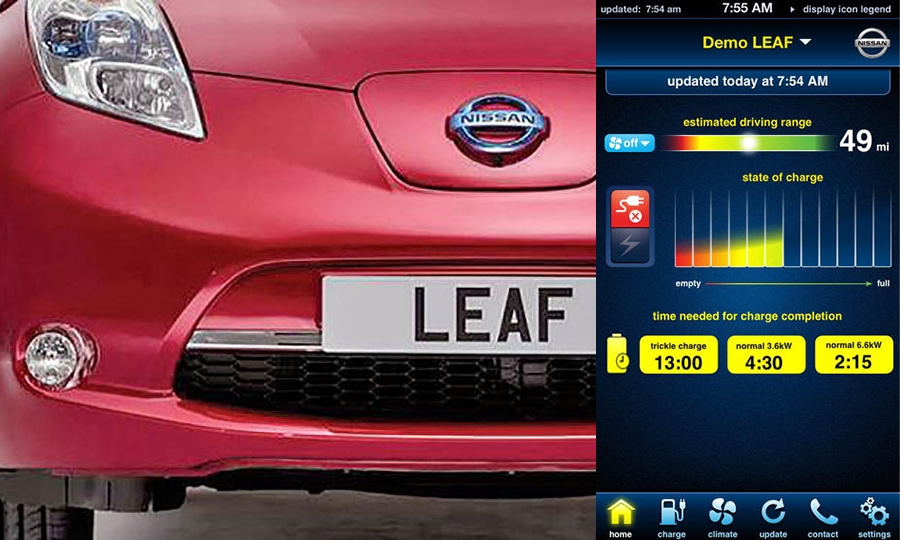 David Sedgwick
CarWings is an app for Nissan Leaf owners to use their smart phones to remotely check their battery charge, set timers for the recharger and find local charging stations.
Share 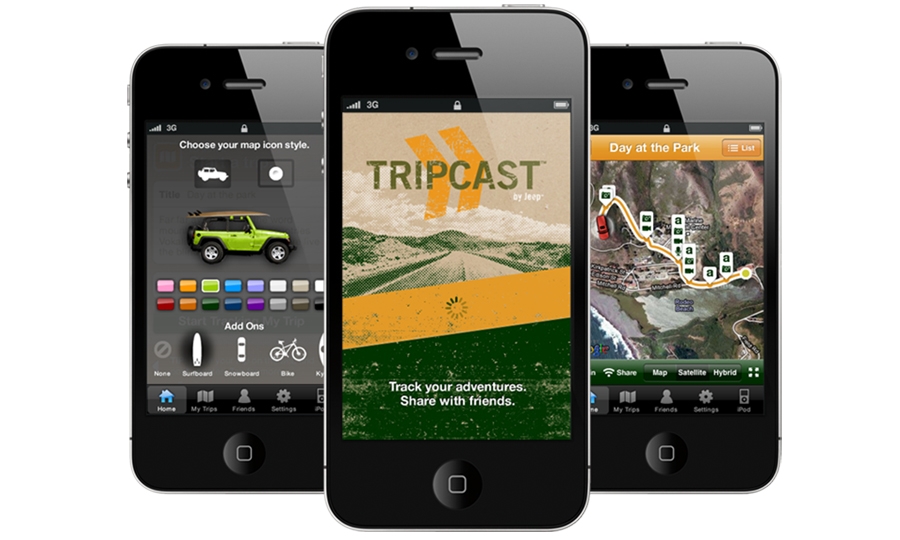 Shiraz Ahmed
TripCast is an app for Chrysler Jeep owners that speaks to the outdoorsy nature of the typical Jeep driver. Owners can save trips, post photos, videos and texts to a trip map, share updates on social networks, and chat with other TripCast users.
Share 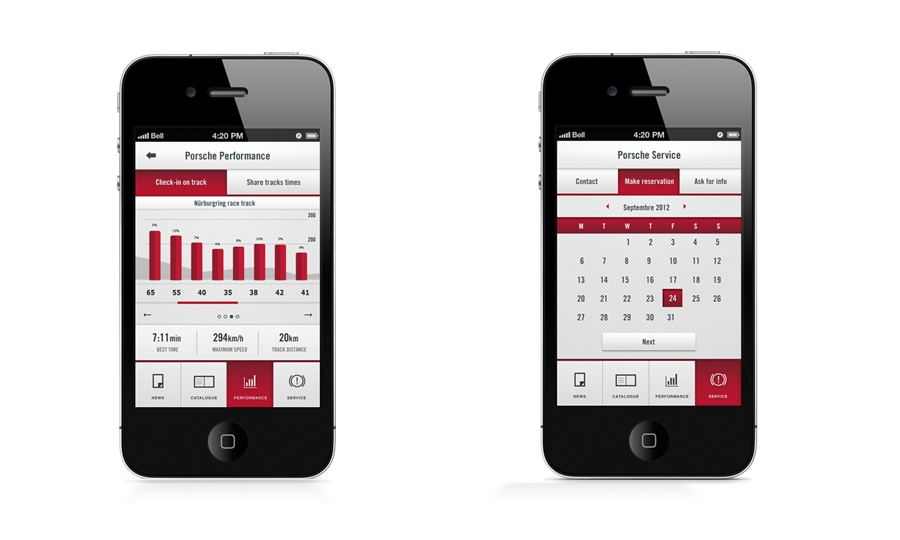 Shiraz Ahmed
G-Force is Porsche's mobile app for drivers addicted to the speed and power of its high-performance cars. The app, as the name implies, measures the real-time gravitational force acceleration, speed, and top records of Porsche drivers. It also includes a news feed of Porsche updates as they come out.
Share 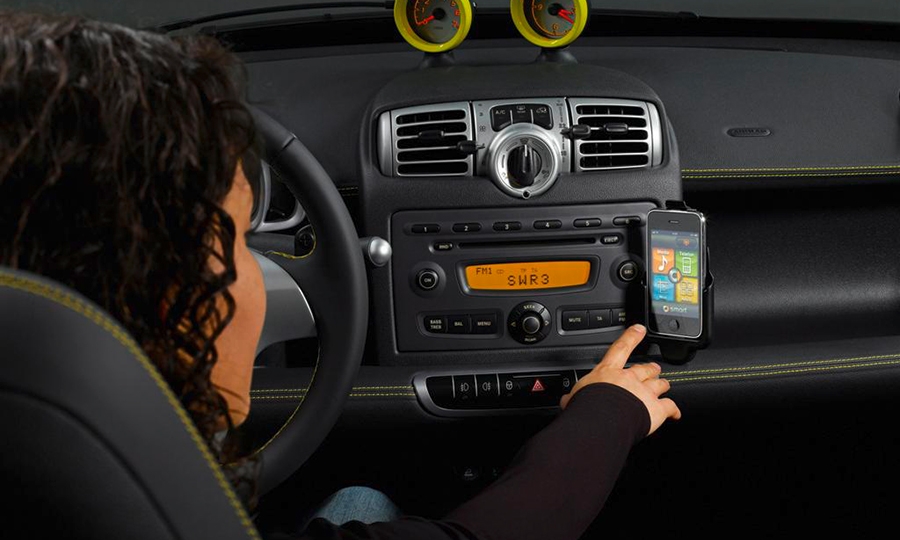 Shiraz Ahmed
smart drive is an app by – you guessed it, Daimler's Smart brand – that covers a variety of services for Smart fortwo drivers. This includes streaming radio, hands-free calls, map navigation, event and point-of-interest listings, and a car locator all without leaving the app. The downside? Smartdrive only meets its full capabilities with a paired smart drive kit: An annual $14.99 subscription and purchase of a cradle that runs up to $300 on its own and fully integrates the app with the for two.

Now that most infotainment systems have real-time traffic guidance apps, the next big thing is the search for a parking space.

A bevy of startups have developed apps that enable motorists to find and reserve parking spots at their destinations -- typically in major cities such as New York, London or San Francisco.

Daimler, BMW, Audi and Renault-Nissan have added parking apps to their infotainment systems, and BMW has even invested in a startup.

The German automakers are positioning themselves as providers of a portfolio of transportation services, says Praveen Chandrasekar, a telematics analyst with the consulting firm Frost & Sullivan.

"Every motorist needs three things: traffic guidance, parking and gasoline prices," Chandrasekar said. "This is the same for an Audi owner, a Ford owner or a Nissan owner."

Parking apps typically provide a motorist with a list of possible parking locations, and the motorist can reserve a spot.

Some apps also guide the driver to an open parking spot on city streets. With the approval of city government, the parking service installs curbside sensors to monitor the availability of those spaces.

BMW appears to be one of the more aggressive promoters of "total transportation." In 2011, the German automaker launched i Ventures, with plans to invest $100 million in mobile technologies.

That same year, BMW invested in ParkatmyHouse.com, a U.K. Web site that allows motorists to rent out their home driveways to other motorists. The next year, BMW formed a joint venture to back ParkNow, a service that offers parking spaces in San Francisco.

And in June of this year, BMW said it had added Parkopedia to its infotainment portfolio. Parkopedia boasts that it has links to 26,000 parking facilities in North America.

"BMW is trying to make a statement," Chandrasekar said. "Parking is one of the most crucial services."

It's no accident that BMW is expanding its transportation services as it prepares to start selling the i3 electric car in the United States in April.

Like any electric car, the i3's limited range requires motorists to plan their day trips carefully. An EV owner is likely to view ride-sharing and reserved parking -- especially if those parking spots have vehicle chargers -- as useful perks.

As Chandrasekar noted, BMW isn't the only automaker thinking along these lines.

Chandrasekar expects mass-market automakers to add parking services to their telematics menus. "This is definitely going to spread," he said. "You will very quickly see it ramp up among the automakers."