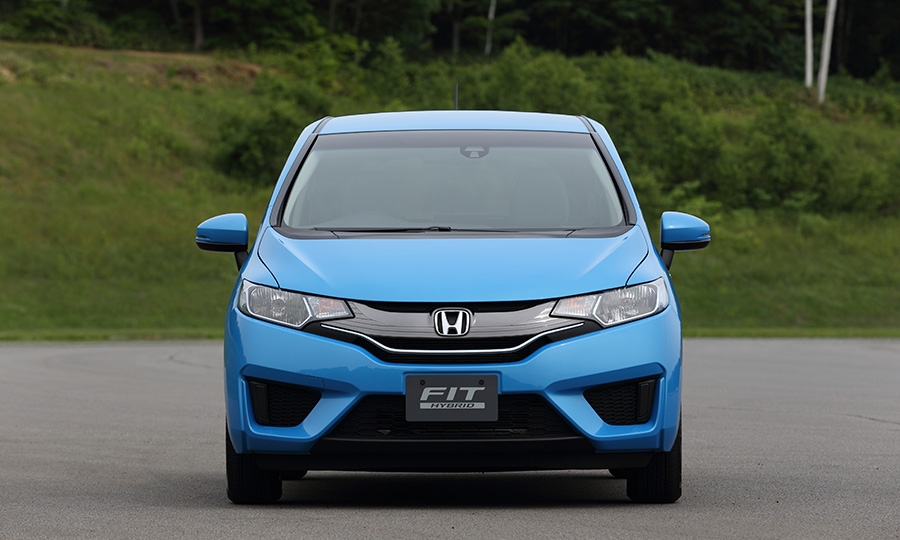 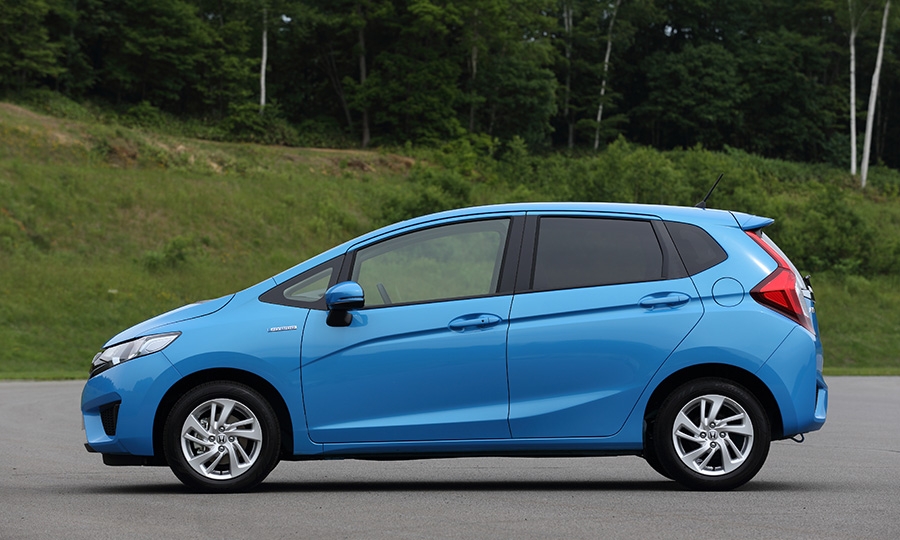 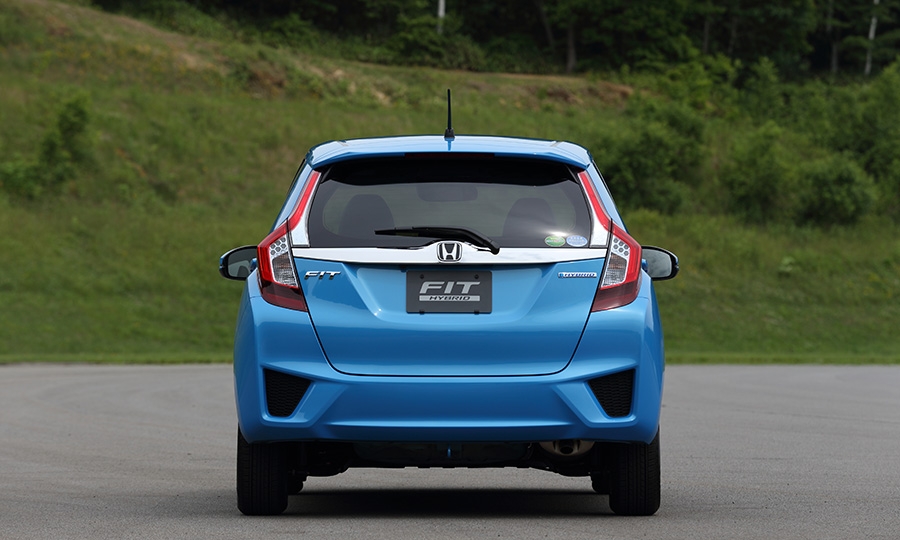 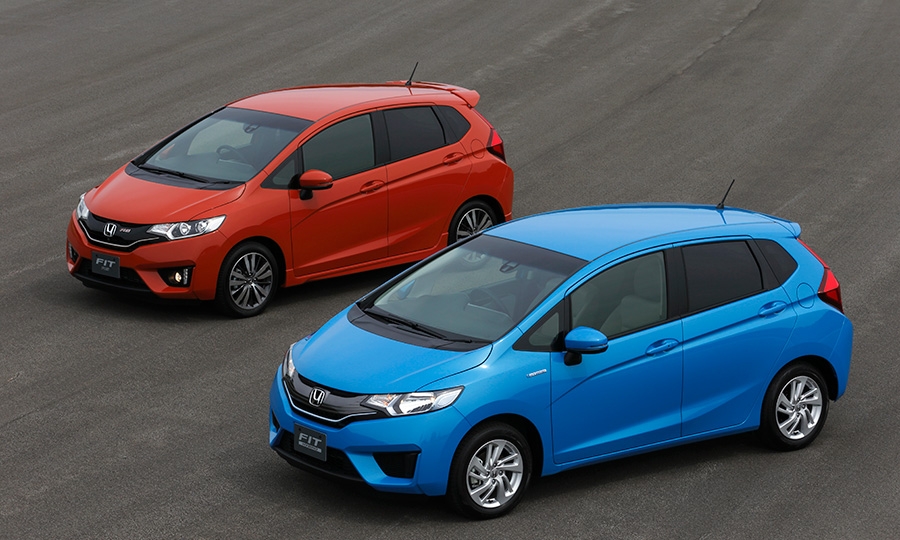 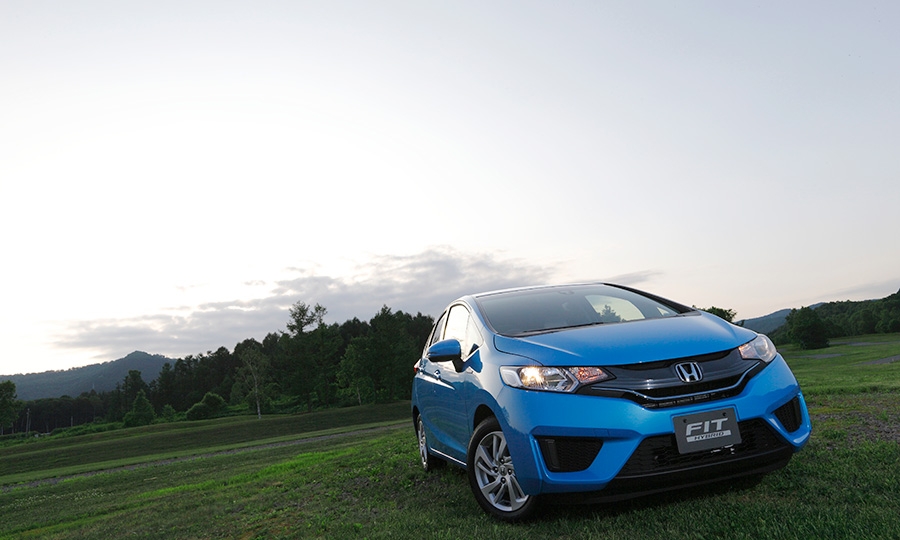 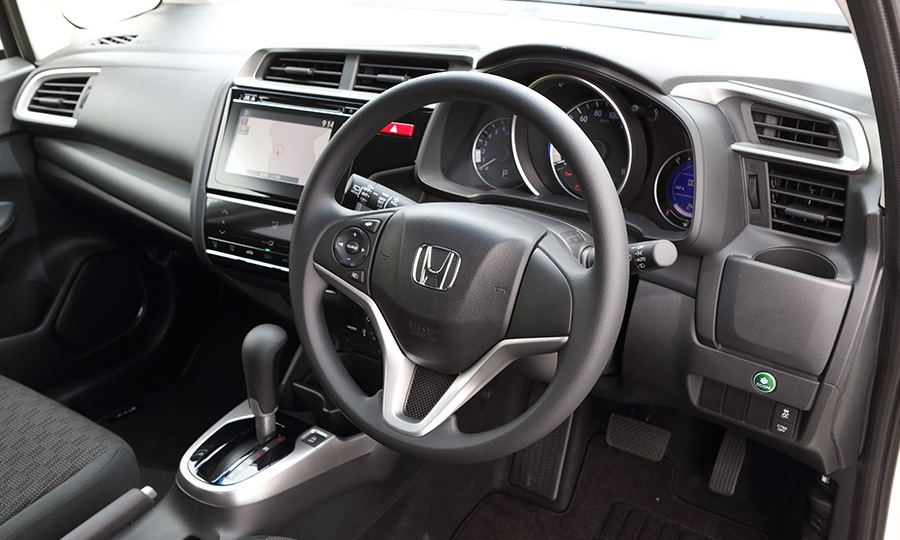 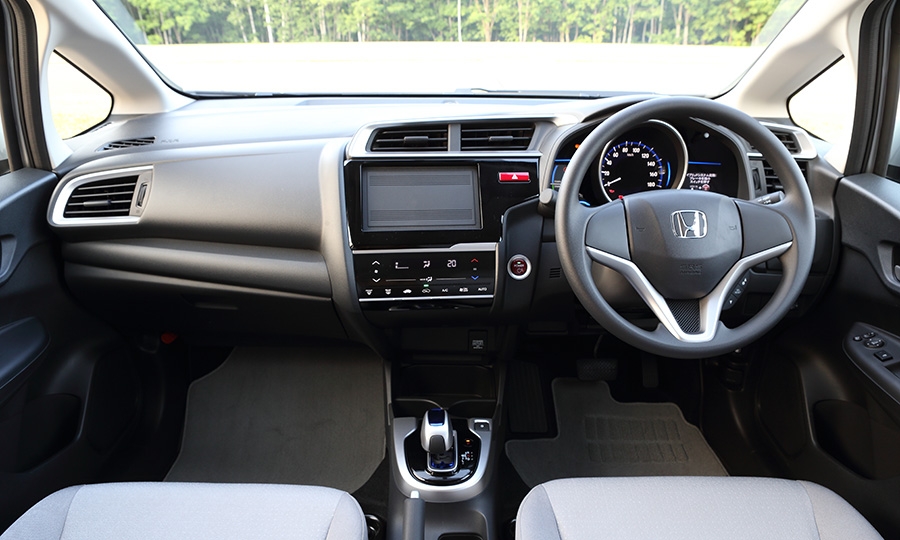 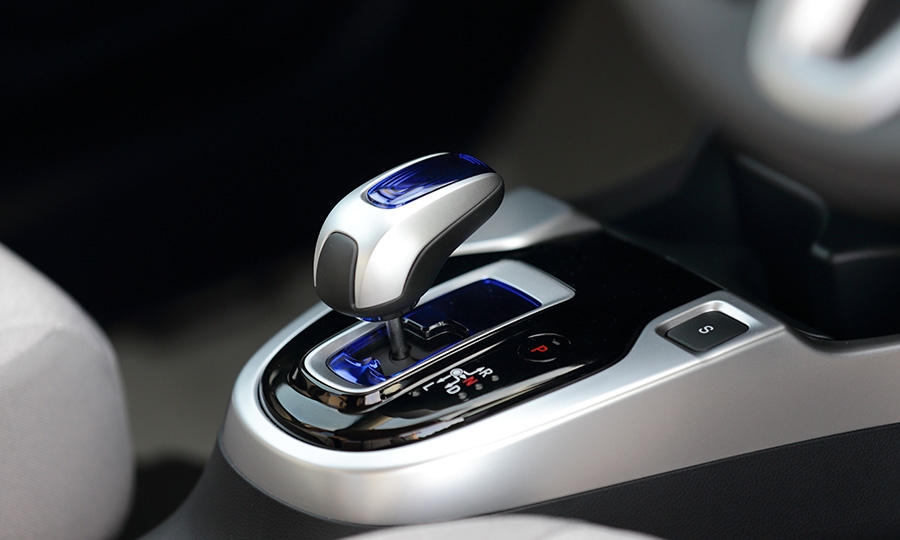 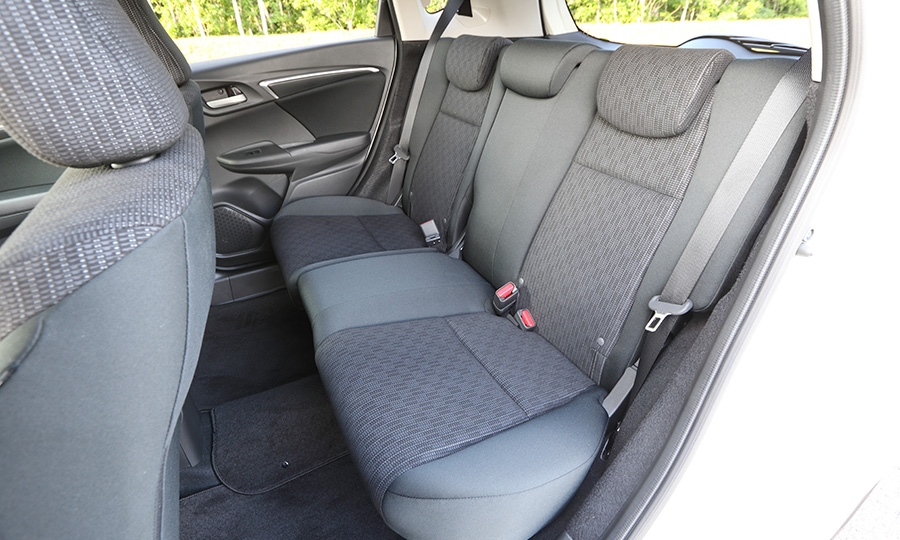 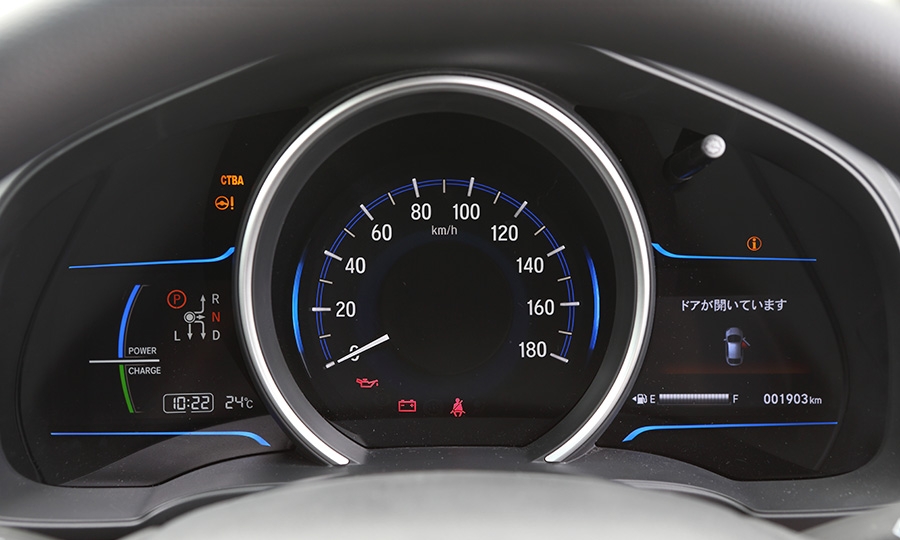 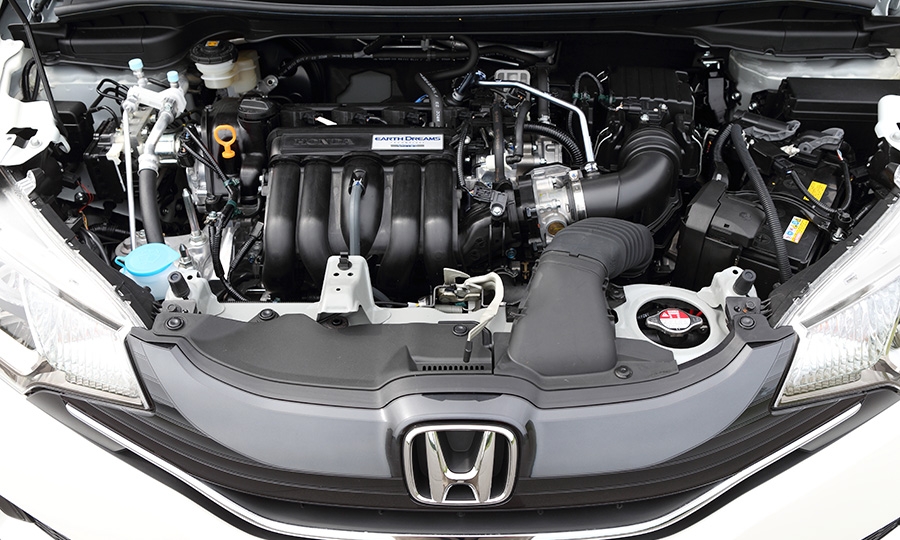 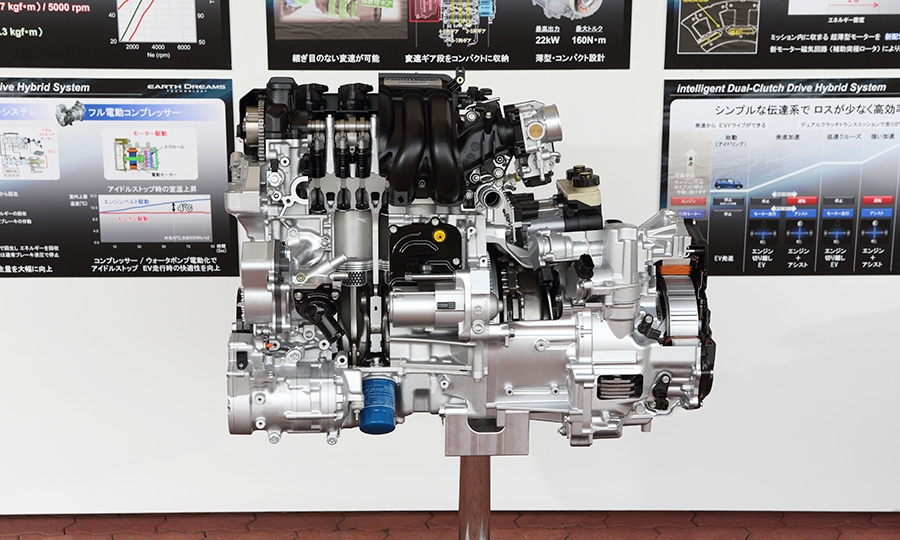 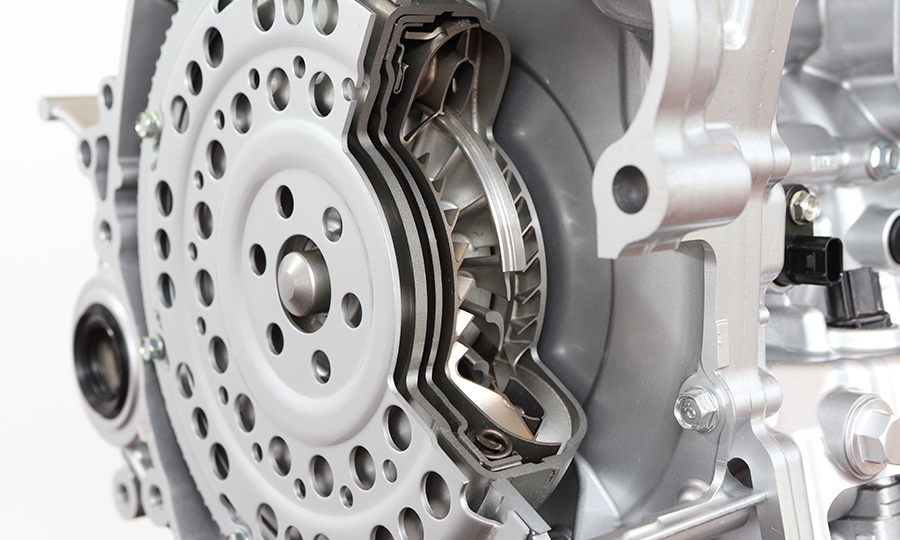 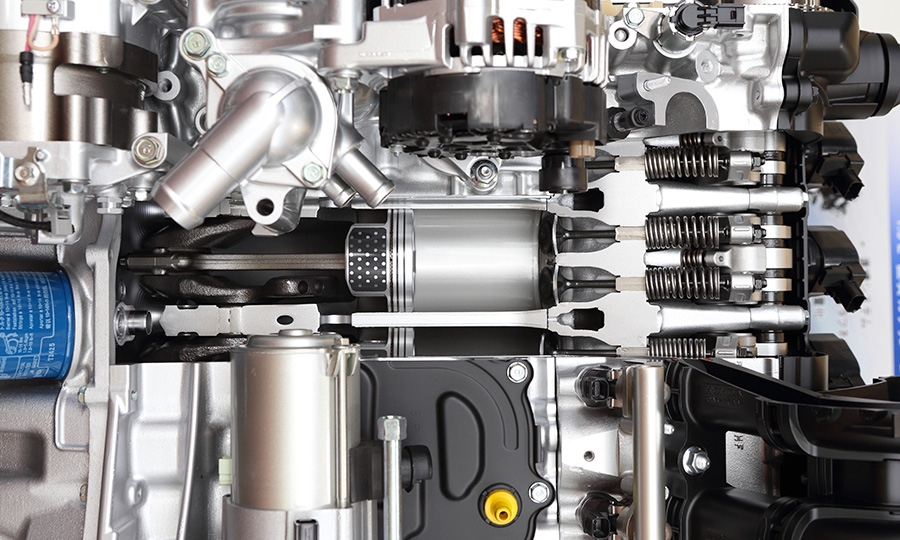 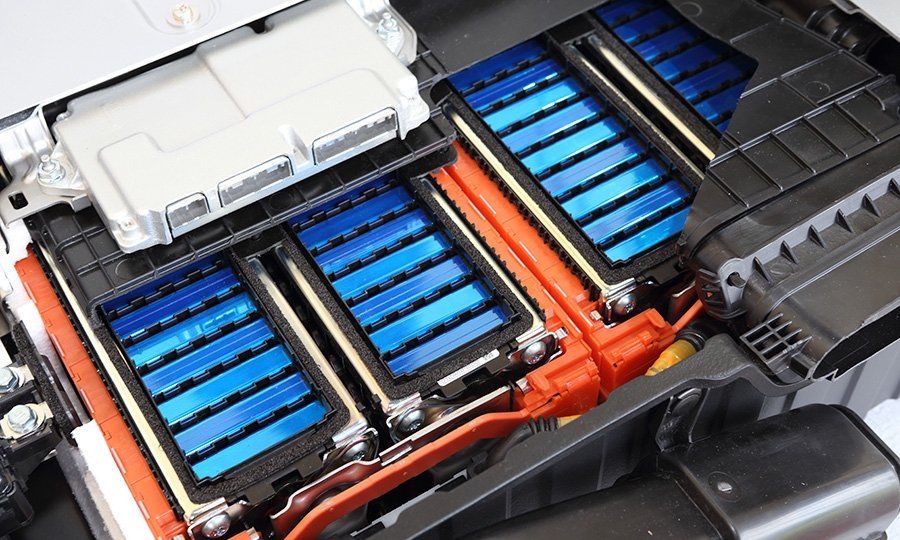 TAKASU, Japan -- Honda Motor Co. plans to bring hybrid variants of its Fit subcompact to the United States with the car's redesign, as the Japanese automaker wagers that its new hybrid drivetrain will challenge Toyota Motor Corp.'s dominance in the field.

The third generation of the Fit hatchback, one of Honda's best-selling global nameplates, will hit U.S. showrooms by next summer and will go on sale in Japan in September. The U.S. version also will be the first Fit manufactured in North America.

Key to the revamp, which introduces Honda's new design language with a new interior and boldly creased sheet metal, is a newly developed one-motor gasoline-electric drivetrain.

The new Fit is a Honda milestone for several reasons. It showcases Honda's attempt to rejuvenate its styling. And the car is the first product of a revamped global product development strategy that aims to better tailor vehicles to local markets and regional manufacturing abilities.

Finally, the hybrid version pumps up Honda's competiveness in the small hybrid segment. Cars such as the Insight and CR-Z hybrids have failed to gain traction in the United States, even while rival offerings such as Toyota's Prius C successfully carved out a niche. Sales of the Prius C subcompact climbed 27 percent to 20,575 units through June.

The U.S. version of the standard Fit and its crossover variant will be sourced from Honda's new assembly plant in Celaya, Mexico. That factory goes online in spring 2014. Honda expects the plant to produce 200,000 Fits and Fit crossovers for the North America annually.

Globally, the gasoline-powered Fit will be offered with a 1.3-liter port-injection or 1.5-liter direct-injection version of Honda's new Earth Dreams engine, combined with the company's new Earth Dreams continuously variable transmission. The United States is expected to get only the bigger powerplant. Both engines will be offered with a manual transmission in some markets.

The hybrid gets a 1.5-liter, Atkinson-cycle engine with a seven-speed dual clutch transmission. Electric power comes from a 22-kilowatt electric motor and lithium ion battery.

The gasoline-powered Fit sold just 25,541 units in the first six months of 2013, up 5 percent from the year before.

The new hybrid Fit hatchback achieves fuel economy of 36.4 kilometers per liter, or 86 mpg, under Japan's testing regime. That marks a 30 percent improvement over the hybrid version of the current Fit, which sells big in Japan but never made it to North America.

But the Fit's Japanese rating edges the 35.4 kilometers per liter, or 83 mpg, rating for the Prius C here. The Prius C, known as the Aqua in Japan, was this country's second-best selling car for the first half of 2013, trailing only the standard Toyota Prius hatchback.

The new Fit has not yet received an EPA fuel economy rating. But fuel savings from Honda's new small-hybrid system are big enough to warrant its U.S. introduction, Jiro Yamaguchi, managing officer in charge of global vehicle development, said at a recent test drive event for the Fit five-door at Honda's Hokkaido proving ground in northern Japan.

"I was not that confident with the previous model, but this model would absolutely sell well in America," Yamaguchi said.

Launch timing has not been decided. But Yamaguchi said hybrid variants likely will be introduced around the time that the standard gasoline version goes on the market, by next summer.

U.S. pricing hasn't been announced. But Honda reckons the premium charged for the hybrid has to be within a 10 percent increase over the standard gasoline-powered version, Yamaguchi said.

Unlike Honda's integrated motor assist hybrid system, in which the motor only assists the engine, the new hybrid drivetrain allows extensive quiet driving in electric-only mode, like an electric vehicle.

The hybrid Fit can drive for 1.9 miles at speeds up to 31 mph in electric-only mode. The engine kicks in for blended driving when the car reaches a certain speed or the driver punches the gas for a burst of acceleration. For highway cruising, the electric motor shuts off to let the engine work.

While popular in Japan, Honda's integrated motor assist hybrid system was derided in the United States for being too underpowered and not delivering significant-enough fuel economy gains. Honda's new hybrid blueprint boosts power and efficiency.

"They tried the low-cost, lower-fuel economy strategy and they feel like it was a failure outside of Japan," said Kurt Sanger, an auto analyst with Deutsche Securities Japan. "The question is whether they can do it at a decent profit level, and the first generation of this technology is never really about that."

Outside, the car gets a more aggressive stance than today's egg-shaped Fit. Side panels are dramatically creased and the tail is more tapered for a sleeker look.

The LED taillights wrap around the rear hatch in a double parentheses pattern that increases visibility while creating a more distinct nighttime signature. The grille gets what Minami calls the "solid wing face." The headlights meld into the grille for a shallow V-shaped sweep across the nose.

"We wanted a more emotional contrast in the design," Minami said. "The character line captures the contrast of a round shape being pierced. The back end is sportier, the hood more pronounced. The interior isn't plasticky at all."

Honda did not disclose exact dimensions of the next Fit. But it the overall length and wheelbase grow slightly less than an inch, while the height and width remain the same. The next generation also sheds weight, but engineers wouldn't say how much.

But the greatest leaps from the current car occur inside.

Still stinging from scathing reviews of the redesigned Civic's plasticky interior, interior design chief Asahi set out to upgrade the feel on the Fit with better materials, a simplified layout and a striking new high-tech center stack.

When the car is turned off, the center stack interface appears as an inanimate sheet of black glass. But it lights to life when the car is engaged, presenting electrostatic-control buttons for everything from heating and cooling to navigation and audio.

The large touch screen, which sprawls down the console, works on the same principle as a smartphone, Asahi said.

Asahi said he wanted to tone down the interior so it was less busy and more upscale. Stylists agonized over the leather grain paneling, a more refined small-print motif for the upholstery, silver-colored trim and the switch from cheaper circular swivel nozzles on the air vents to higher grade horizontal ones.

Looming in their memories: Lessons from the Civic.

"We aren't going to take the attitude, 'This is our cost, so make an interior that matches it,'" Asahi said. "My job is set high targets and achieve them with low-cost technologies. If you don't do this, design quality deteriorates. I think that was the problem with Civic."

Polestar turns its attention to crossovers

Polestar turns its attention to crossovers