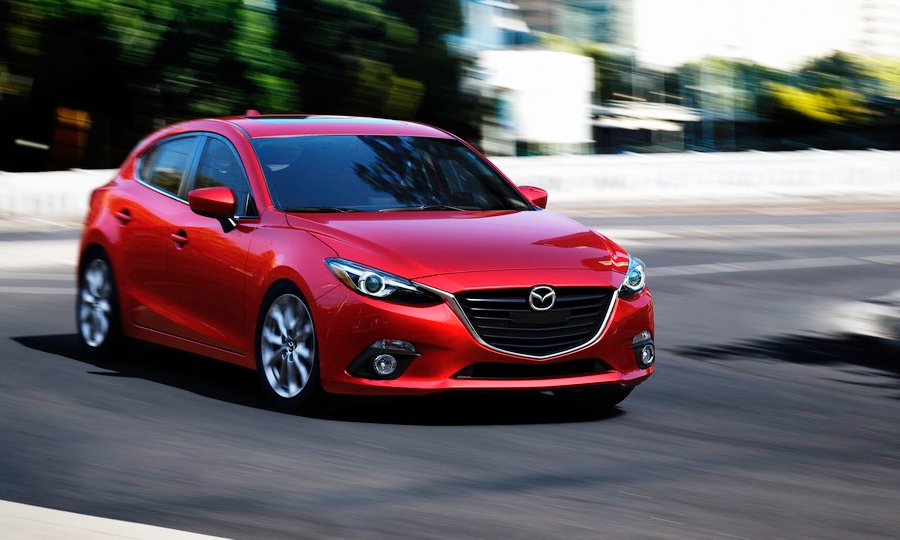 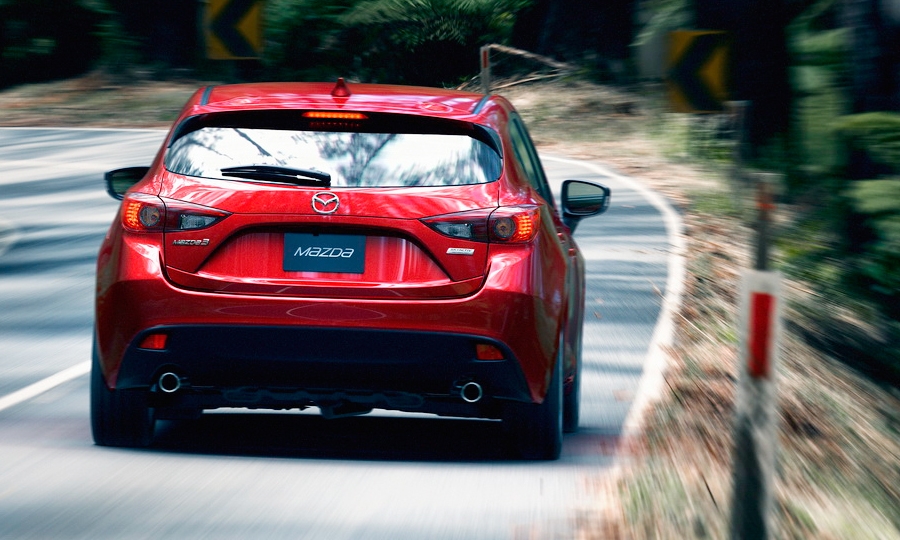 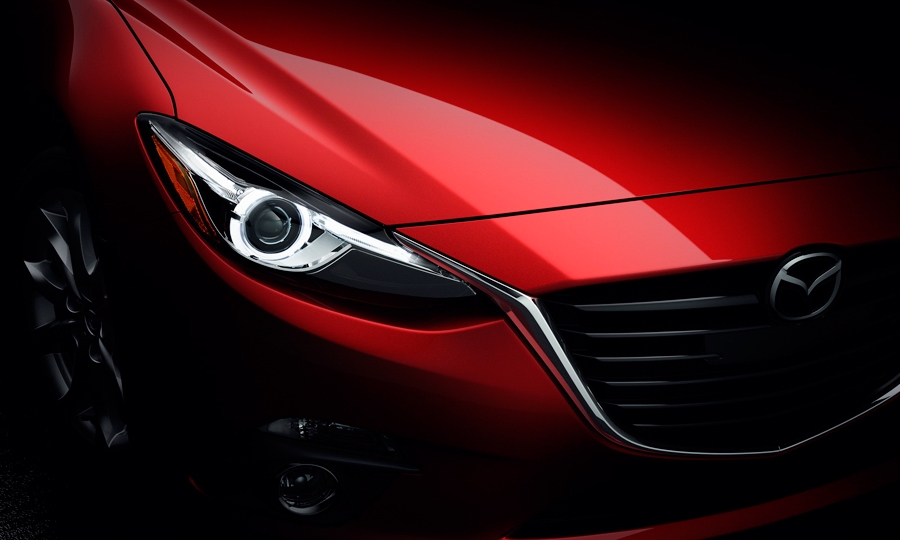 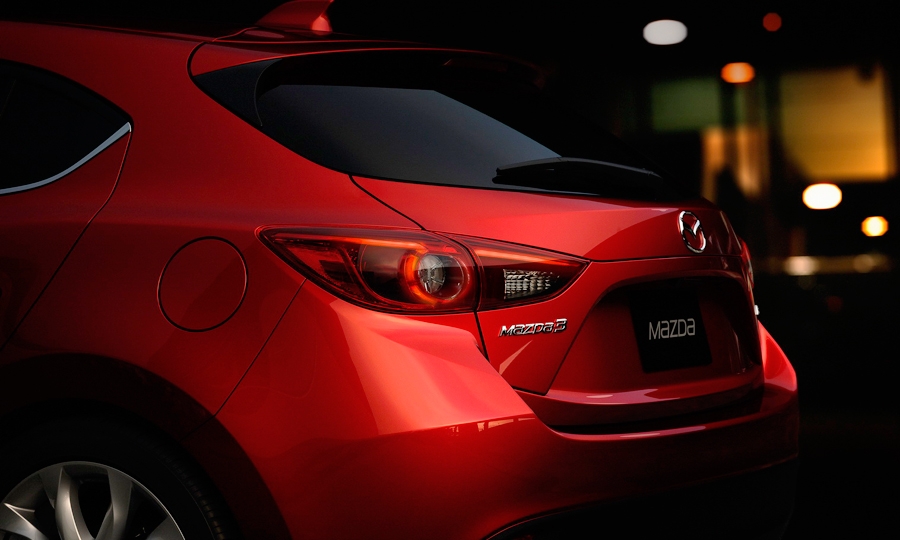 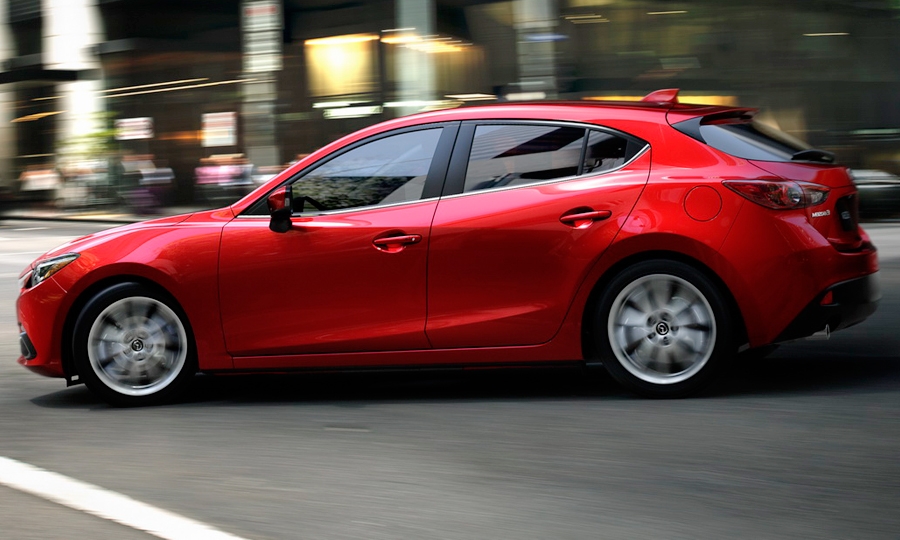 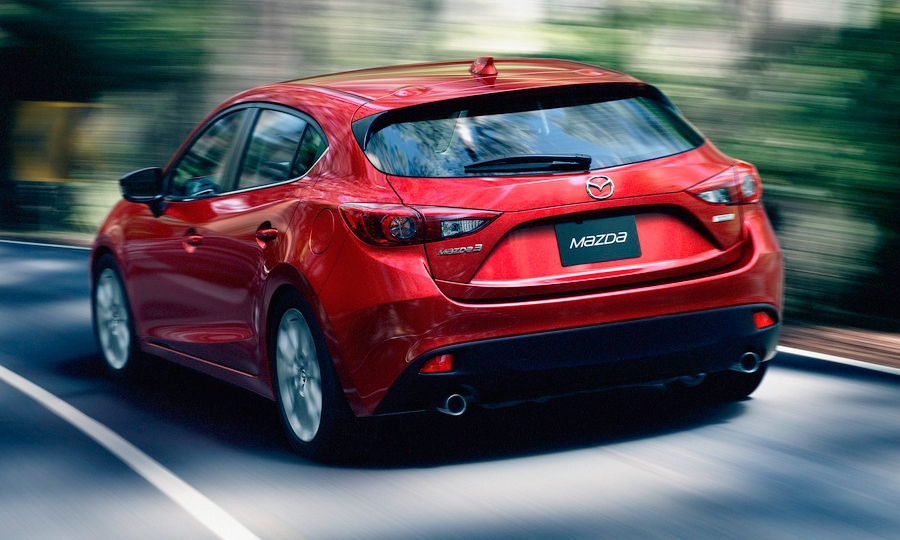 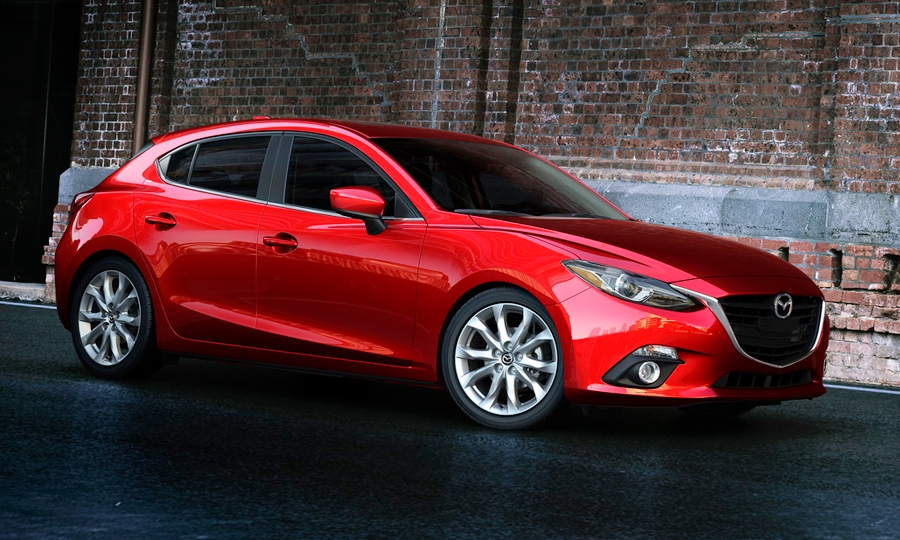 The next-generation Mazda3's styling mirrors that of the mid-sized Mazda6.
Share 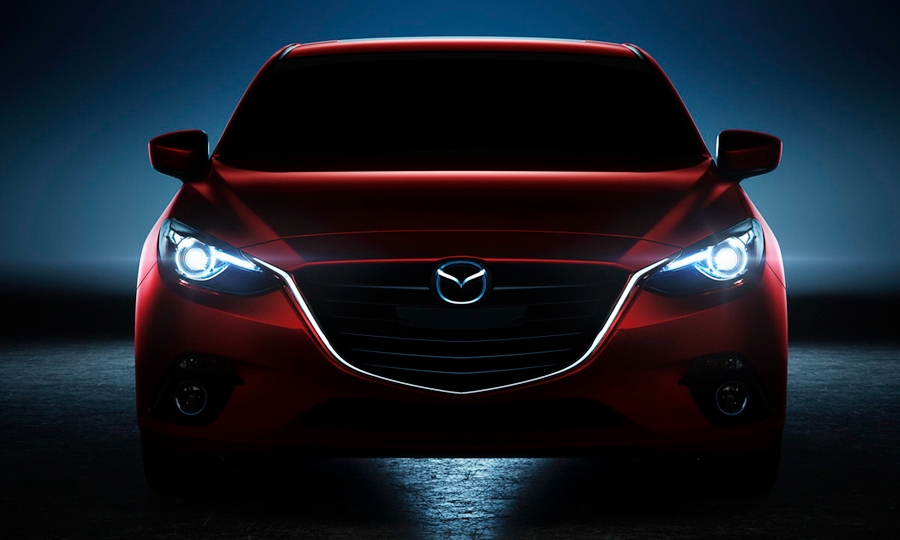 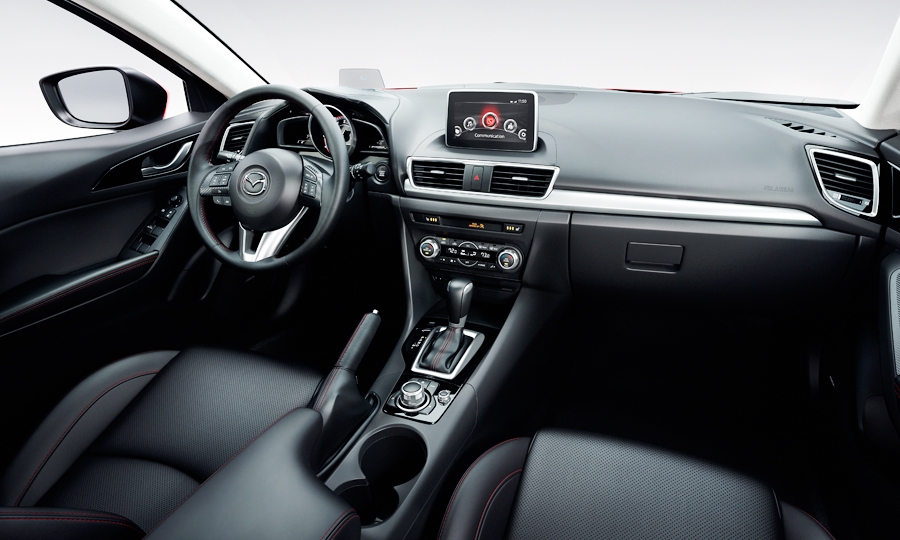 NEW YORK -- Mazda Motor Corp.'s next-generation Mazda3, equipped with its full set of technologies developed to reduce weight and enhance fuel efficiency, will top the compact segment in fuel economy when it goes on sale in the United States in September, the automaker said today.

The 2014 Mazda3, unveiled here, will be sold in the United States with a 155-hp 2.0-liter or an optional 184-hp 2.5-liter four-cylinder engine from Mazda's Skyactiv portfolio.

Tim Barnes, Mazda's director of product planning for the U.S. market, declined to disclose the car's estimated EPA rating today but said the third-generation Mazda3 would have "best in class" fuel economy compared with competing compact cars that include the Honda Civic, Toyota Corolla, Hyundai Elantra and Ford Focus.

Such a rating would put the 2014 Mazda3's EPA highway fuel economy in the low- to mid-40 mpg range.

In Japan, the Mazda3 also will be offered with a gasoline-electric powertrain option, making it Mazda's first full hybrid. O'Sullivan said Mazda has no plans to sell the Mazda3 hybrid in the United States.

The 2014 Mazda3 uses Mazda's Skyactiv platform and powertrain technologies and is the company's third vehicle, after the CX-5 crossover and Mazda6 sedan, to be equipped with a full suite from its Skyactiv portfolio.

The current Mazda3 is based on a Ford-derived platform that also underpinned the Volvo S40 and the European Ford Focus.

The Mazda3 is critical to the company's success in the United States. It is the brand's perennial best-seller here with volume hitting a record 123,361 units last year, up 20 percent from 2011, despite being one of the oldest designs in the compact segment.

More than 3.5 million Mazda3s have been sold worldwide since it was introduced in 2003 to replace the Protege.

Mazda expects the growing size of the compact segment and the 2014 Mazda3's advances and fuel economy gains to help annual sales to surpass volume of the current car.

"We will be tracking better with this car than we did with the previous generation," O'Sullivan said today here.

Mazda3 production is scheduled to begin in Japan before the car's U.S. launch in September. Availability will increase when Mazda3 production at the automaker's new plant in Salamanca, Mexico, begins late in the first quarter or early second quarter next year.

"I would imagine that our availability of this car will be slightly constrained until we get Salamanca fully operational," O'Sullivan said.

Mazda is positioning the 2014 Mazda3 as a more refined and aspirational offering in the compact segment. Mazda, striving to establish itself as a viable alternative to premium brands, adopted a similar strategy with the redesigned Mazda6 that went on sale in January and the new CX-5 crossover that debuted in 2012.

Sitting atop the center stack is a touch screen that displays Mazda's new navigation system and infotainment system, and can also show and receive text messages delivered to a Bluetooth-connected mobile phone.

Both cars have a slung-back stance and styling flourishes that flare from the grille and intersect at the headlights.

Among primary compact cars, the Mazda3 ranks No. 8 in sales this year behind the Toyota Corolla/Matrix, Honda Civic, Ford Focus, Hyundai Elantra, Chevrolet Cruze, VW Jetta and Nissan Sentra, but ahead of the Dodge Dart, Subaru Impreza and Kia Forte.

The new CX-5 and latest Mazda6 have received positive reviews for fuel economy, performance and handling from third-party critics including Consumer Reports magazine.

The challenge for Mazda will be to capitalize on the reviews, garner more consideration from U.S. buyers and accelerate sales growth, analysts say.

The Mazda3 competes in one of the U.S. industry's most heated segments and one that has undergone unprecedented change in recent years.

Automakers have shed the spare econoboxes of the past and have engineered and equipped the latest compact cars to perform and handle much like luxury cars.

Ed Kim, vice president of industry analysis at AutoPacific, said the key to boosting sales in the compact car segment is adding and improving fundamentals, such as more interior room without increasing the vehicle's overall footprint, adopting the latest infotainment systems and more refinement, notably quietness.

"These vehicles are often used as family vehicles so they need to be practical and functional," Kim said. "Most shoppers in the compact car segment are not car enthusiasts. That has been one of Mazda's biggest challenges."

Mazda said pricing for the new Mazda6 will be released later, but officials said today the car will be priced competitively.