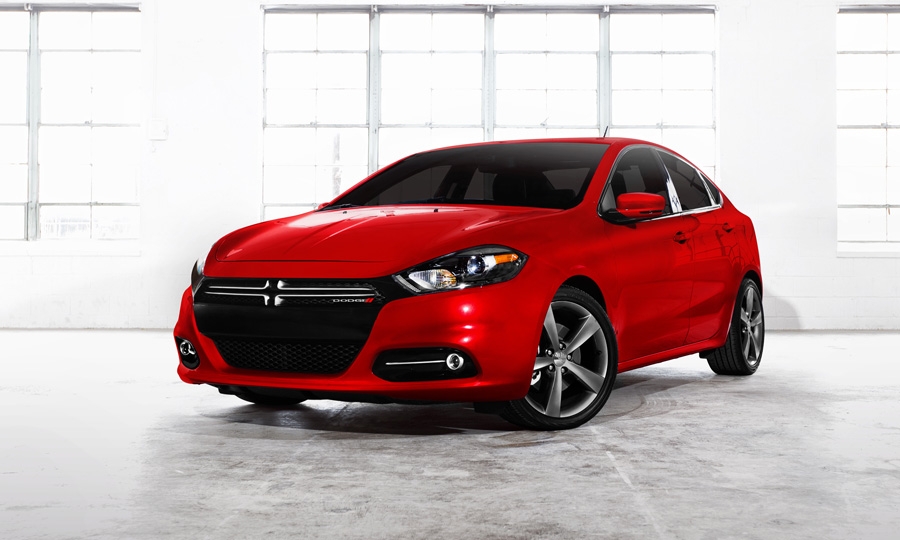 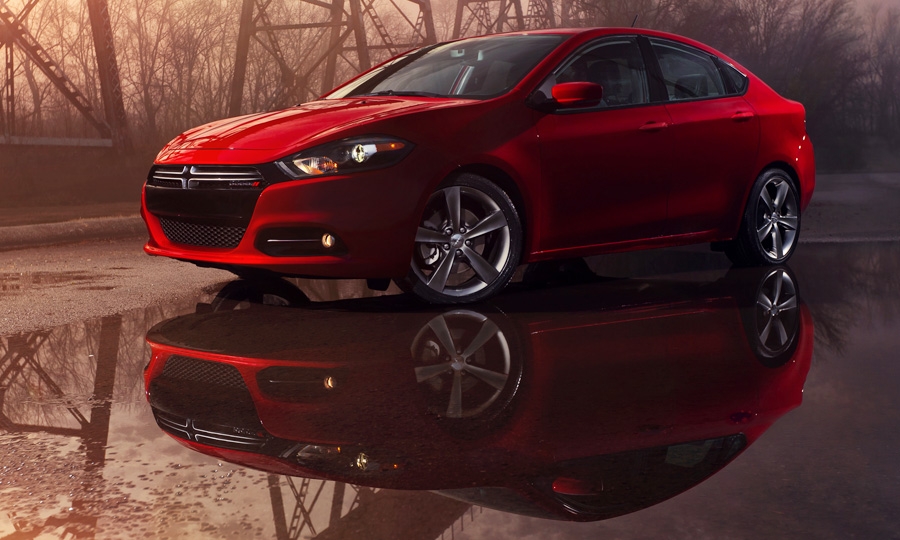 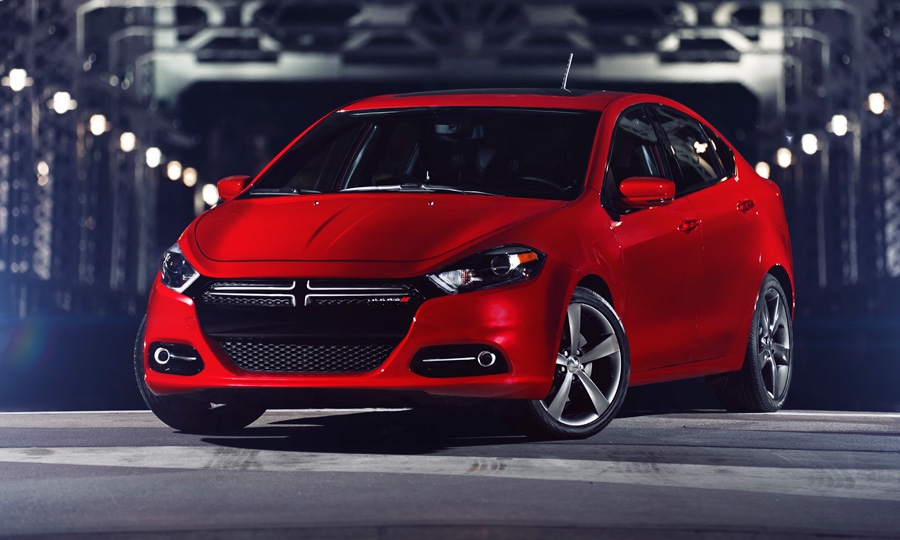 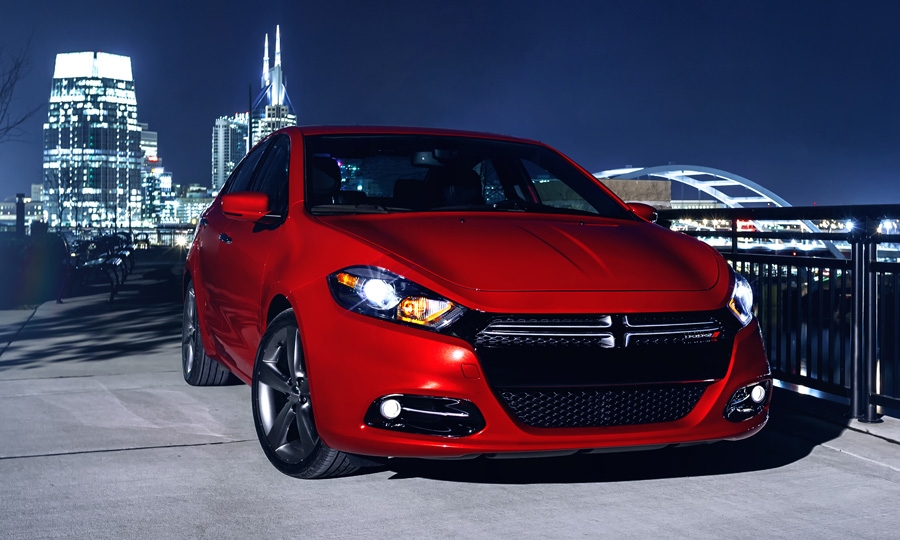 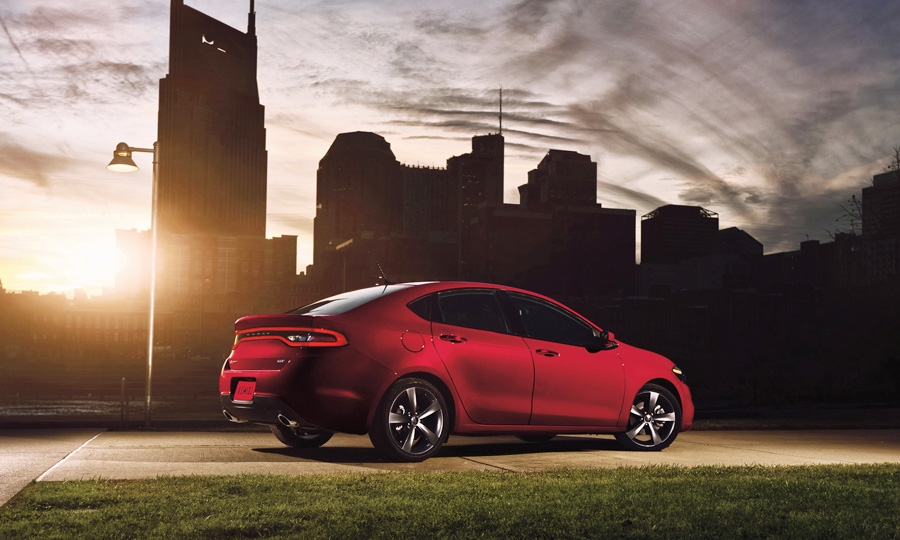 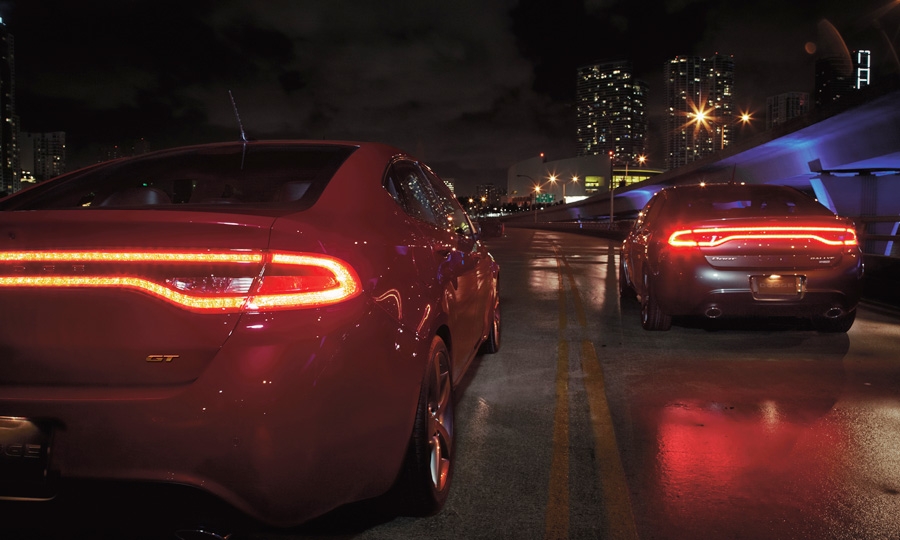 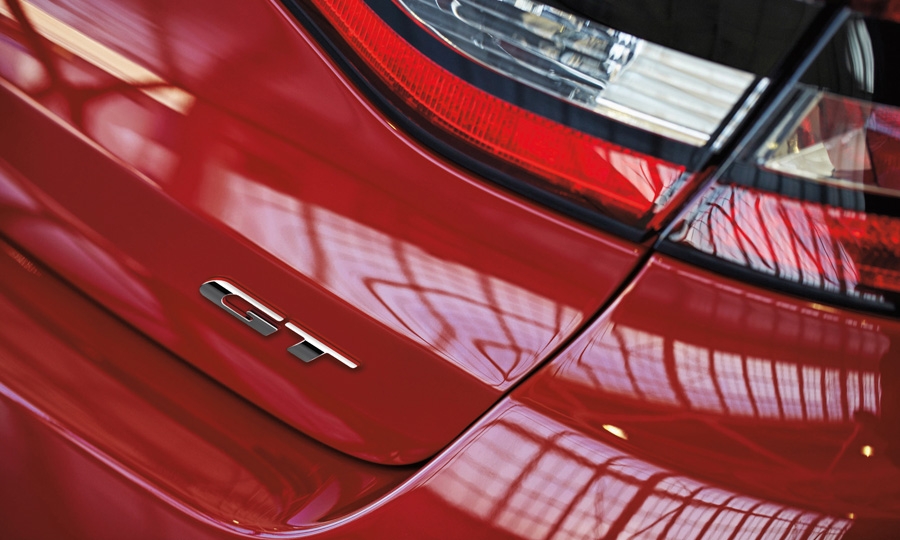 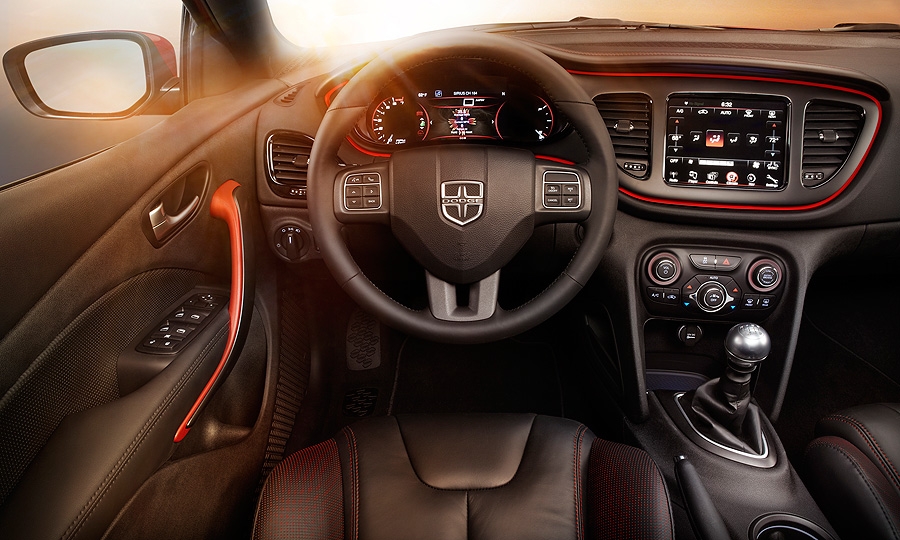 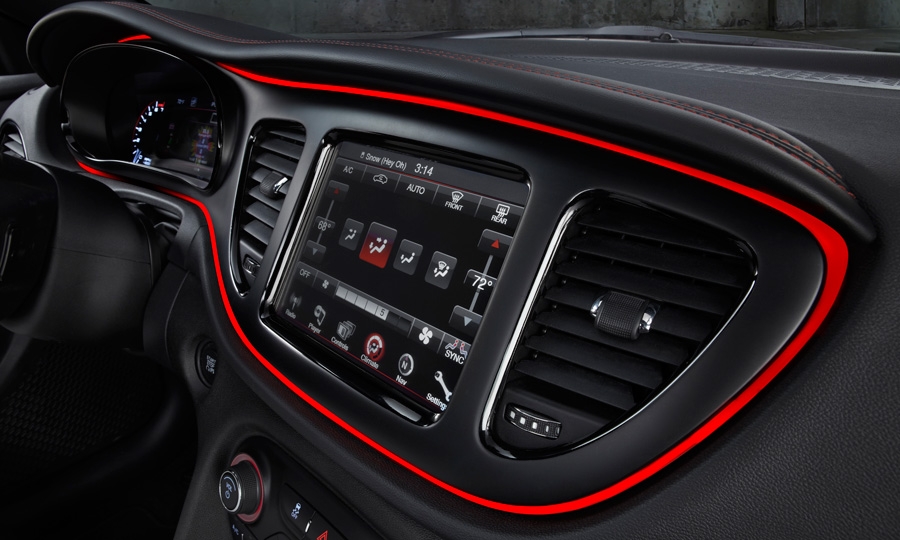 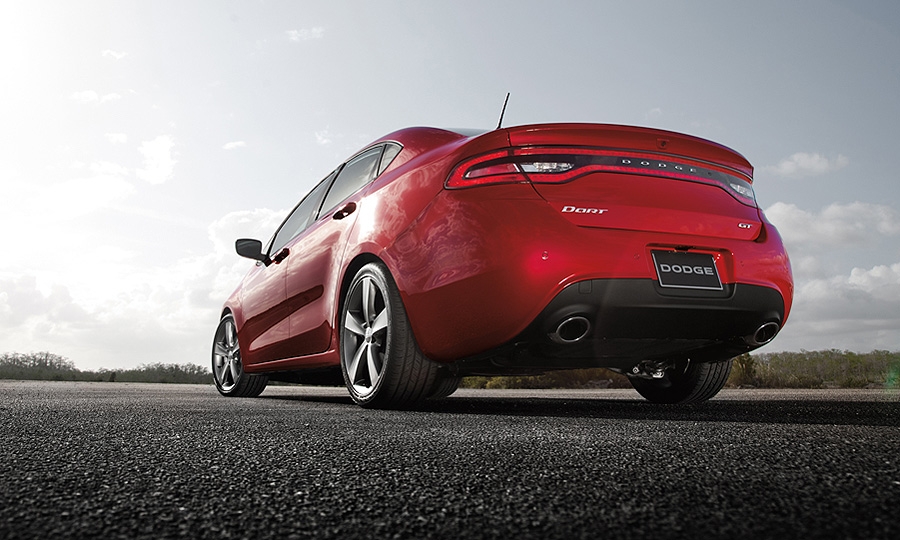 How the Dart buyer stacks up

Can the coattails of Fast & Furious 6 and its young, devoted male fans give a boost to Dodge Dart sales?

Chrysler Group is counting on it.

The Dart doesn't have a role in the action-thriller opening nationwide on Friday, but Dodge is betting a Fast & Furious-like commercial and other marketing ties with the movie will raise awareness for the compact car.

The Dart is off to a slow start since it debuted in June, although April was the compact sedan's best month: 8,099 sales.

Dart volume was hampered initially because most early-run vehicles had manual transmissions. Dave Sullivan, an analyst at AutoPacific Inc., said Dodge was losing about 95 percent of potential Dart sales because it couldn't offer an automatic transmission.

The Dart is Chrysler's first bona fide compact car since the Neon was dropped in 2005. It has received generally positive reviews, though some reviewers have dinged the car's performance.

But it competes in one of the industry's most competitive segments dominated by the Toyota Corolla/Matrix, Honda Civic, VW Jetta, Hyundai Elantra, Ford Focus and Chevrolet Cruze.

With U.S. sales of 31,064 through April, the Dart ranks ninth out of 19 compact cars. The Toyota Corolla and Matrix top the segment with sales of 104,517, followed by the Civic, Focus, Elantra, Cruze and Jetta.

For many buyers looking for a car in the Dart's price range, the mid-sized Dodge Avenger has been more attractive because of rebates that lower the final purchase price, Lee said.

"The Dart is a great car, the quality is great. They just need to put a little money on the hood and it will sell," Lee said.

On that score, Dart is performing well by drawing younger, mostly male consumers with higher incomes than typical buyers in the segment, according to Strategic Vision.

Sullivan said the Dart, the first car engineered for Chrysler Group under the Chrysler-Fiat alliance, might be priced higher than the competition but added that it offers a lot of technology and features.

Still, the number of consumers considering the Dart has consistently trailed other models in the compact segment, according to search traffic on Edmunds.com, an online shopping guide.

Chrysler hopes to boost consideration levels and get the Dart on more shopping lists with the Fast & Furious promotion.

The latest Dart marketing push is part of Dodge's ongoing partnership with Universal Pictures' Fast & Furious series, the movie franchise aimed at and popular with younger males, a major target audience for Dodge.

William Ward, a social media professor at the S.I. Newhouse School of Public Communications at Syracuse University, said the Fast & Furious movies have a loyal young fan base that is active online.

"They picked the right movie to connect to the audience," Ward said. "The young male who likes sporty little cars and cars that they can tune, and the Dart is that type of car."

It won't be the first time an automaker has used an action movie to woo car enthusiasts -- young or old -- to a sporty or high-performance model.

Chevrolet, hoping to draw a new generation of buyers to the venerable Camaro, used the nameplate's prominent appearance in 2007, 2009 and 2011 editions of the Transformers movie to help reintroduce the revived sports car in America.

Ward said product placement in films alone is not the best marketing tool; integrating the promotion of a product before, during and after the film's release is a better approach.

"When you start to connect them together that becomes a viable solution -- traditional and digital integration," Ward said.

Sullivan said Dodge's lack of a competitive compact car in the United States until the Dart forced the brand to look outside of the box in its marketing efforts.

"They need to go after a buyer that has not typically looked at Dodge in years," Sullivan said.

Dodge has created several marketing initiatives to promote its vehicle lineup in the movie, including advertisements, games, events, social media and a Web site.

Dodge also produced three TV commercials, including a "How to Make Your Car Fast and Furious" spot that touts the Dart. It debuted this month.

Although the Dart does not appear in the movie, the Dodge Charger SRT8 and Challenger SRT8 have staring roles.

Ward said it is important that Dodge measures and analyzes the results of the campaign.

"Success is measured by the analytics they run against their own campaigns and strategies," Ward said. "It might just be improving awareness of the Dodge Dart with the younger audience."

Alec Gutierrez, senior market analyst at Kelley Blue Book, said while Dodge has been targeting the driving enthusiast, the automaker might generate better Dart sales if it also marketed to the average commuter.