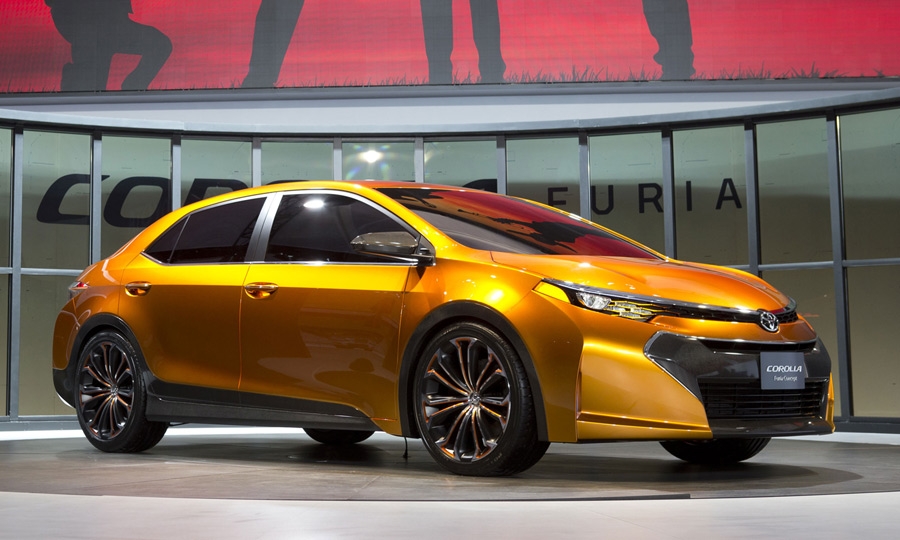 The next Corolla, previewed with the Furia concept, pictured, will show President Akio Toyoda's influence on Toyota's latest design.
Share 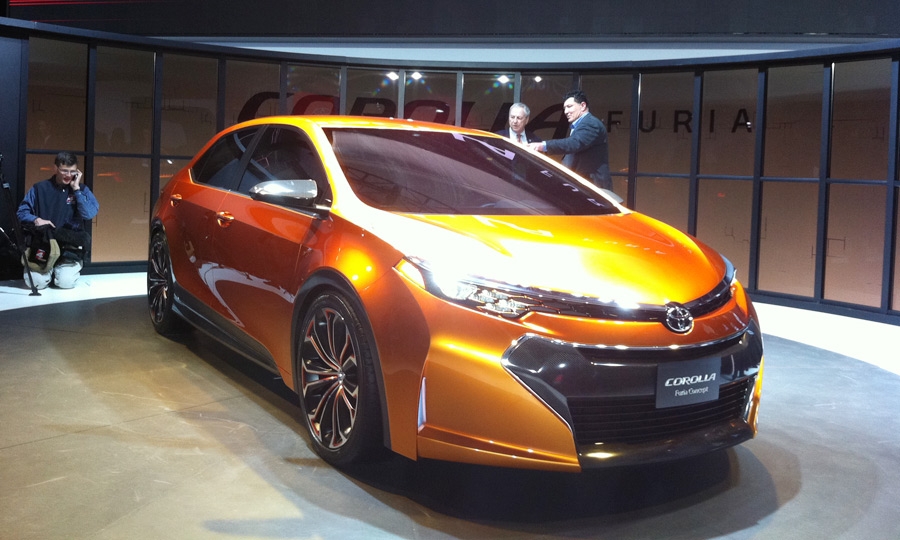 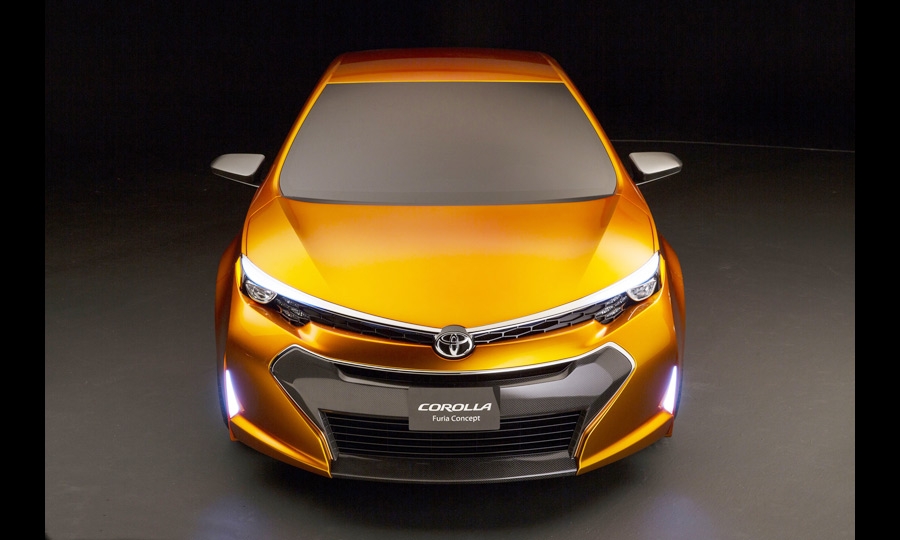 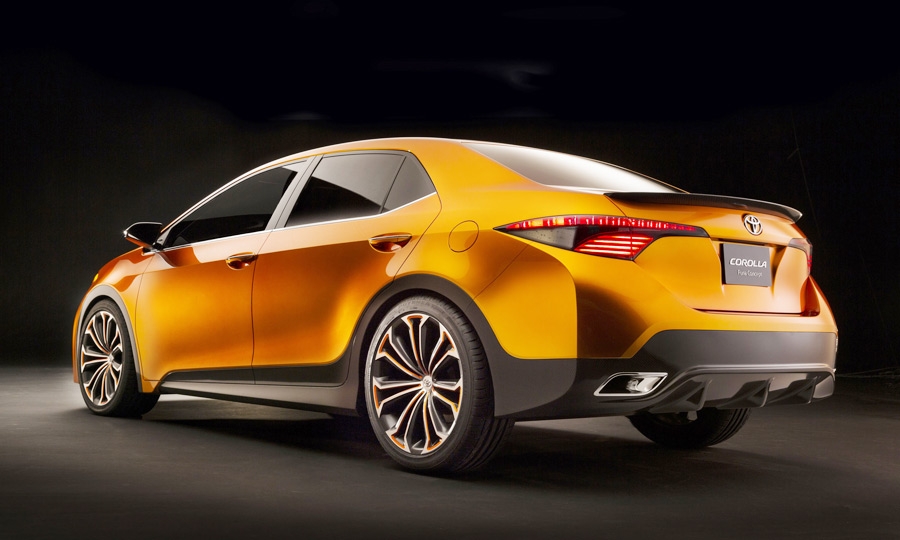 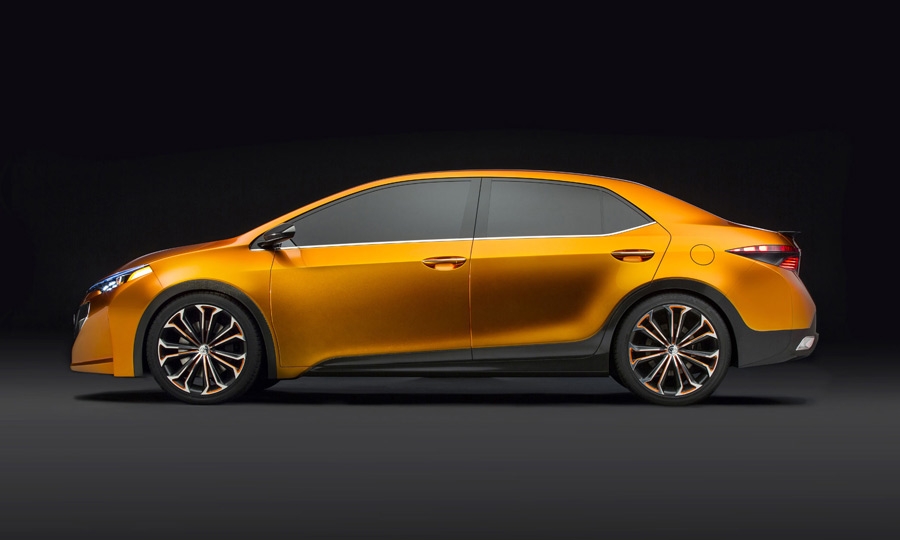 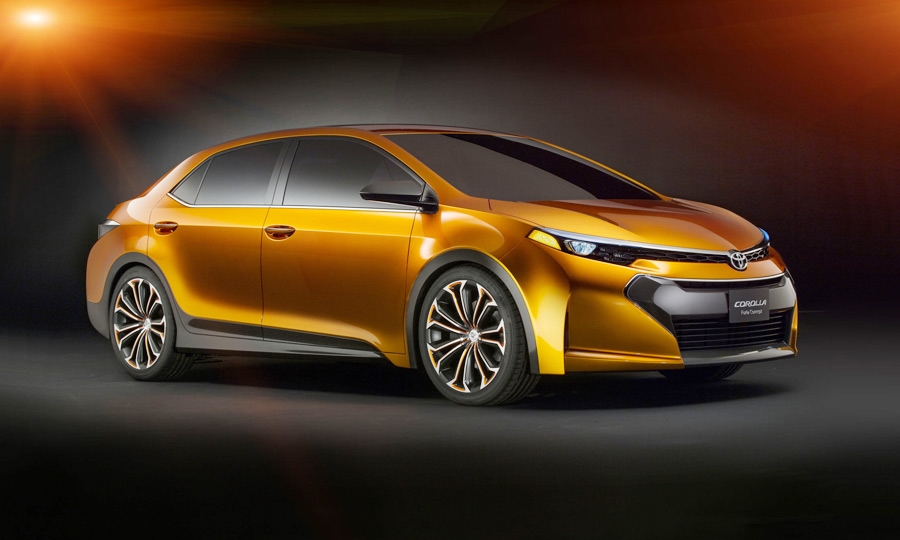 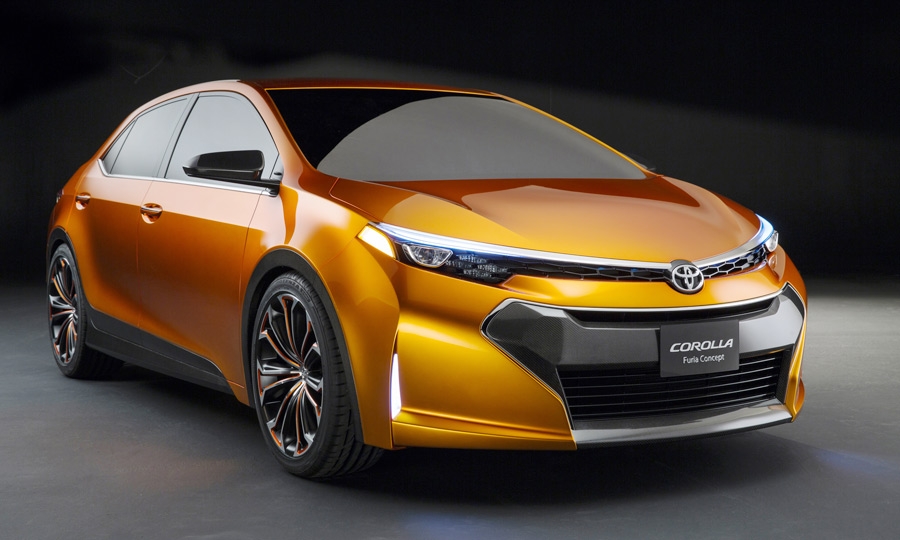 TOKYO (Bloomberg) -- With Toyota Motor Corp. back on top as the world's largest automaker, President Akio Toyoda isn't looking to a relative youngster like the Prius hybrid to defend that lead.

Instead, he's counting on a middle-aged veteran: the 47-year-old Corolla.

Later this year -- the company hasn't said when or where -- Toyota plans to introduce a revamped version of its global best seller, which last underwent a redesign in 2008.

No launch is more consequential for Toyota this year as the Prius isn't due for a major change until 2014 and a new Camry sedan came out only about a year ago.

For Toyoda, the compact will be a chance to build on pledges to make cars that are more fun to drive and shed some of the company's reputation for blandness.

More relevant for investors, the success of the top-selling car in history will help determine Toyota's ability to return to the profitability it enjoyed before the global financial crisis and the recall of millions of vehicles.

The Corolla "might be viewed as boring by some, but for others it's bulletproof," said Kurt Sanger, an auto analyst at Deutsche Bank AG in Tokyo. "The profit per unit might be lower than other models, but if you sell that many, you're going to make money."

He's among a dozen analysts tracked by Bloomberg who've raised earnings estimates for the automaker in the past month as the tumbling yen raises the value of Japanese exports.

Toyota's annual operating profit gains by 35 billion yen ($384 million) for every 1-yen drop in the value of the Japanese currency against the dollar, according to the carmaker.

Though the car remained Toyota's top seller in 2012 -- estimated by the company at 1.21 million deliveries worldwide -- Corolla sales have fallen from a peak of 1.42 million units in 2006 as Honda Motor Co.'s Civic and Hyundai Motor Co.'s Elantra won customers with fuel economy and lower prices.

The Civic overtook the Corolla as the best-selling compact sedan in the United States last year.

This year, global sales of the Corolla will probably increase 7 percent to 1.3 million units, according to Takeshi Miyao, an analyst with researcher Carnorama Japan in Tokyo.

The declining popularity of the Corolla -- described as "bland" by Consumer Reports magazine in 2012 -- has been mirrored in the company's earnings and share price, which have fallen since their peaks after the yen appreciated and recalls for defects associated with unintended acceleration dented Toyota's reputation for quality.

Toyota's profit forecast for the fiscal year ending March 31 is less than half the amount five years ago.

The stock is trading at about half its level in 2007, when its market value ranked fourth worldwide, according to data compiled by Bloomberg.

Corolla sales have fallen worldwide from a peak of 1.42 million in 2006 as Honda's Civic, the Hyundai Elantra and others have won customers with improved fuel economy, lower prices and more advanced styling.

While the company has returned to pre-crisis levels of quality, based on assessments at J.D. Power & Associates and Consumer Reports, the company is still facing safety recalls. Toyota said this week it's calling back almost 1.3 million vehicles, including 901,000 Corollas.

Toyota, which reports earnings next week, will probably triple its net income to 893 billion yen this fiscal year and earn 1.2 trillion yen next year, according to the average of 24 estimates compiled by Bloomberg.

The Corolla, meaning "crown of flowers" in Latin, is seen to be among the top sellers.

The car's history stretches back almost five decades, when Eiji Toyoda, the current president's great uncle, first swept the U.S. with a vehicle that helped the company ascend to the top of the automotive industry.

Since the first one rolled out in 1966, Toyota has used figures ranging from Homer Simpson to Brad Pitt to market the car to the masses.

Among them was a young man who bought a used fourth-generation Corolla 1600GT as his first car. His name: Akio Toyoda.

"The car taught me the joy of driving," Toyoda, whose grandfather founded the company in 1937, said last May at a Corolla event in the Japanese city of Ohira. "It was like a good friend."

Sandy Grossman, who's owned two Corollas and is in the market for a new car for his wife, has less fond memories.

"Toyota has become the dullest car company on the planet," said Grossman of Coral Springs, Florida. "Since the late '90s, they have driven me away with boring vehicles that look and feel like an appliance."

Toyota, which typically redesigns its cars every five years, is stepping up efforts to revive interest.

At the Detroit auto show last month, it showed off the Corolla Furia concept vehicle in a presentation punctuated by a snatch of Mariachi music and a comedic dance by Toyota U.S. Vice President Bill Fay.

The sunburst-orange Furia, meaning "fury" in Spanish, was a few inches longer, wider and lower slung than Corollas in dealerships today.

Toyota officials at the show said the next commercially-available Corolla will show Akio Toyoda's influence, though they didn't provide details of its design, features, or price.

Kota Yuzawa, an auto analyst at Goldman Sachs Group Inc. in Tokyo, said in a report last month that the potential changes signal a greater focus on younger customers.

Toyota won't be able to rely on its past success to make the next Corolla a hit as it faces intensifying competition from South Korea's Hyundai Motor and Kia Motors Corp., General Motors, Ford Motor Co. and Volkswagen AG, according to Maryann Keller, principal at consulting firm Maryann Keller & Associates in Stamford, Connecticut.