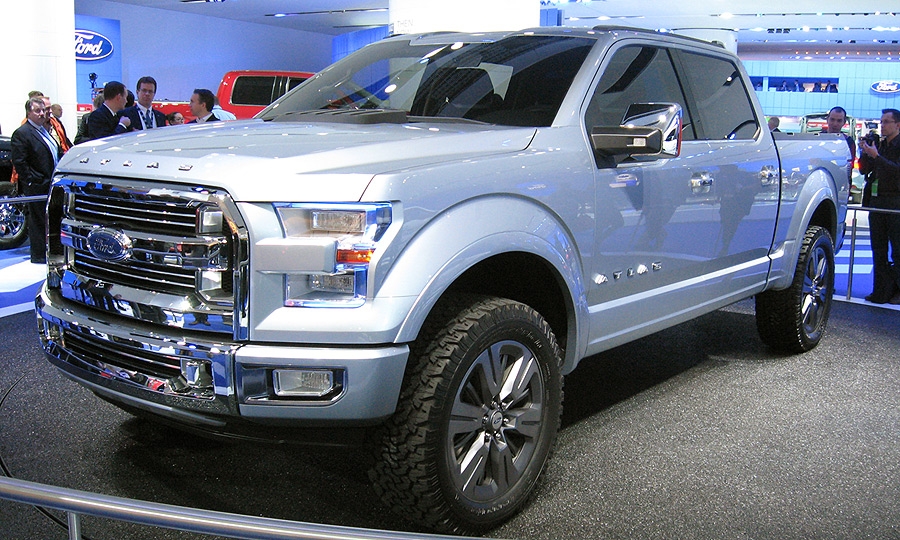 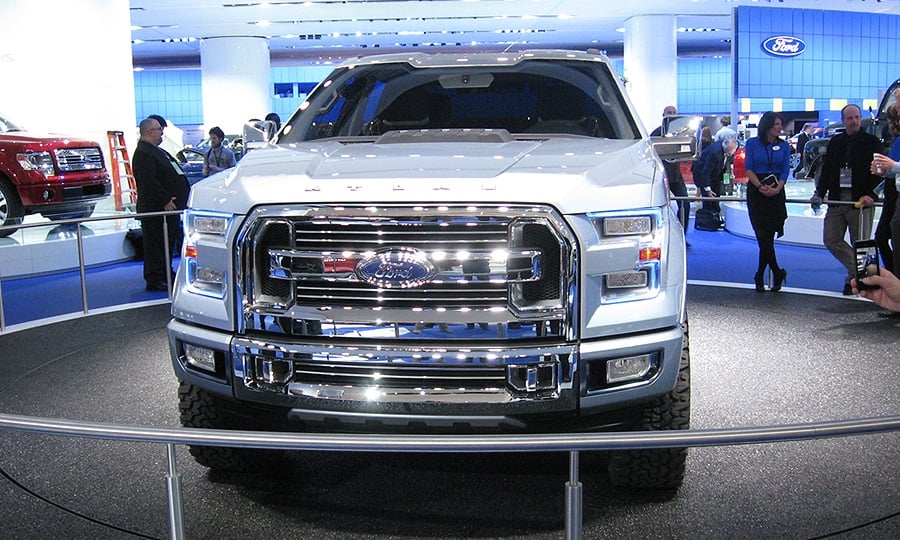 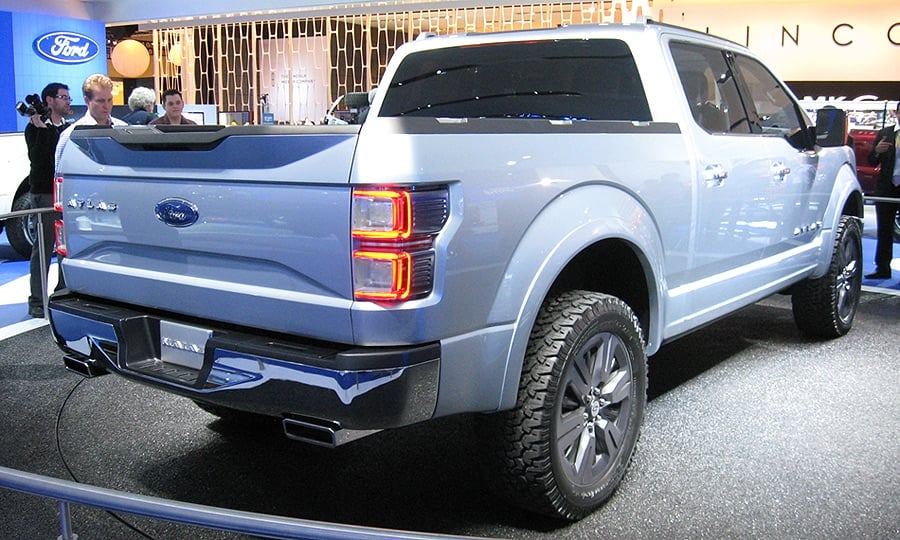 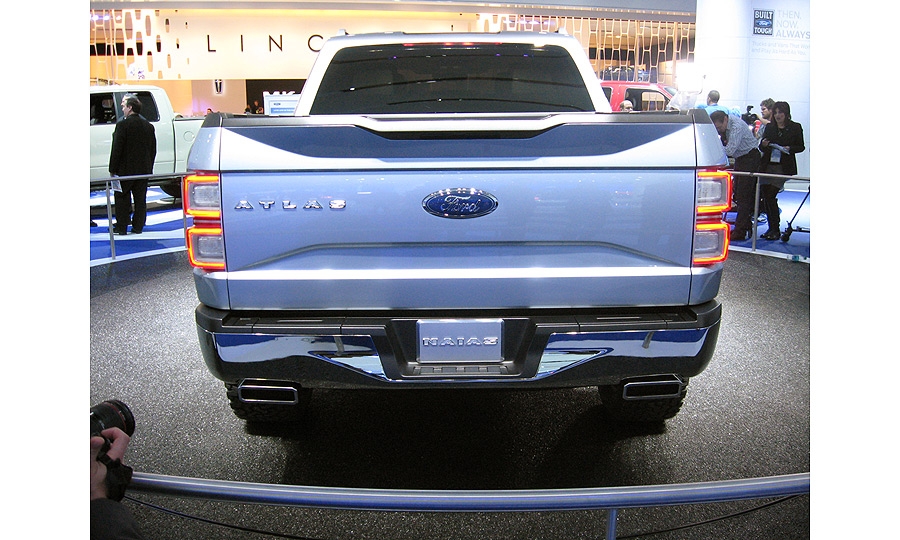 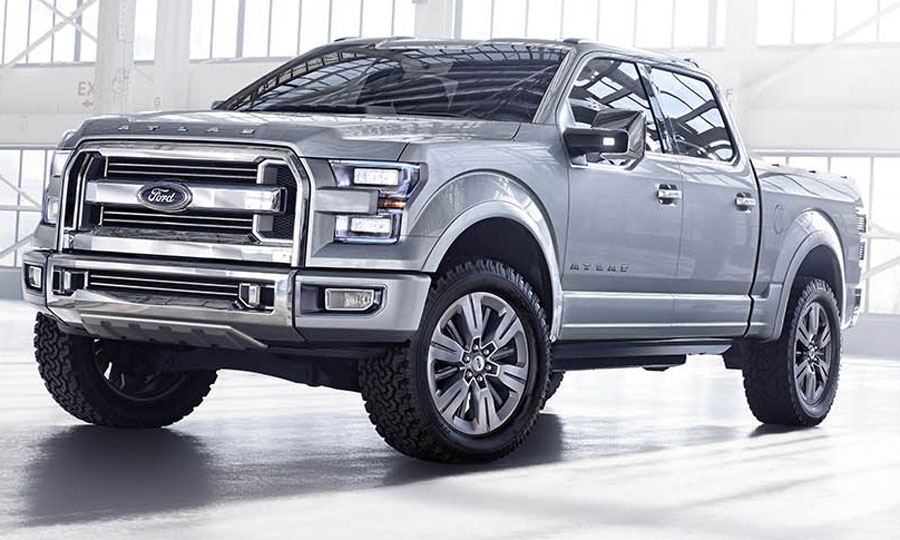 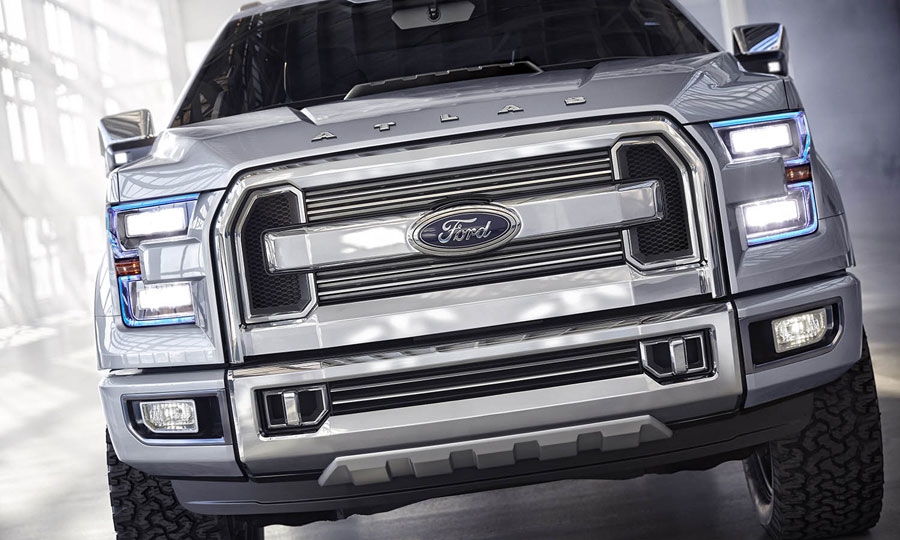 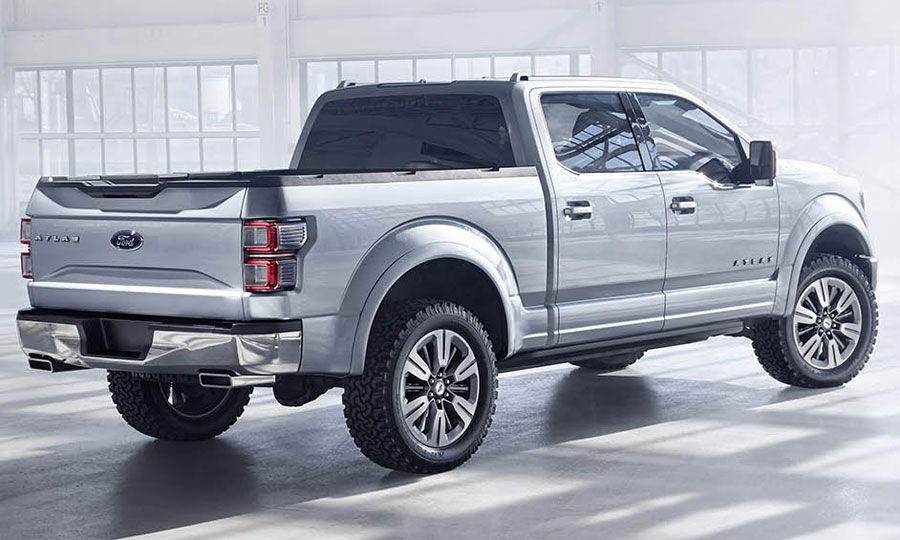 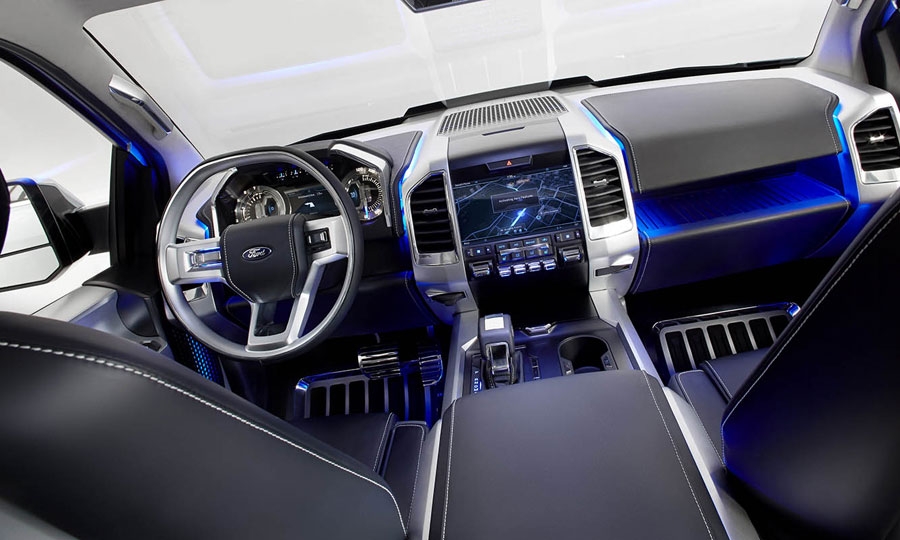 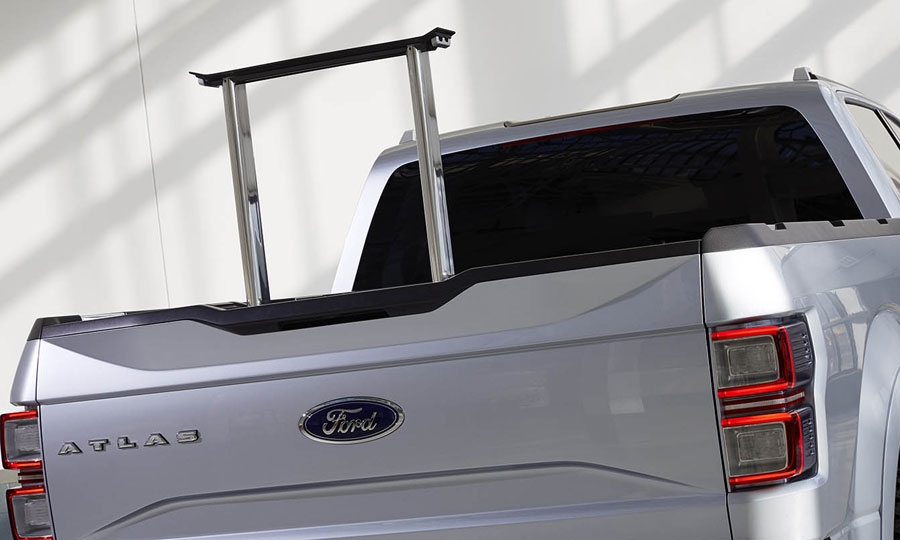 The company's decision to show the Atlas Concept, nearly two years before the next redesigned F-150 goes on sale, underscores how full-sized pickups remain one of the most highly contested segments in the U.S. market.

The Atlas is equipped with a next-generation EcoBoost powertrain with stop-start engine shutoff technology and other features crafted to boost fuel economy, Ford said.

"The Ford Atlas Concept previews the innovations that will transform what people expect from their pickup," Raj Nair, Ford's global head of product development, said in a statement. "We are absolutely committed to setting the agenda in the truck market."

Ford says new design and technology features, along with weight-saving materials, on the Atlas concept help gain more than 2 mpg on the highway without diminishing towing or hauling capability.

Ford kept a tight lid on the top-secret Atlas concept, unveiled today at the Detroit auto show. No pictures leaked out in advance, and Ford officials didn't let any clues or details slip.

"It'll be interesting to see if Ford can convince the full-size truck market buyer that you can take heavy amounts of weight off the truck and still have all the capabilities expected of a full-size truck," said Larry Dominique, executive vice president for TrueCar.com, an online shopping site.

"The name Atlas is representative of Atlas shouldering the burden and carrying the load," he said.

The F series is the nation's top-selling vehicle and a cornerstone of Ford's U.S. sales and annual profits.

Pickup demand waned during the recent downturn and has begun to rise again, and automakers are counting on a rebound in housing and construction to boost sales further.

While the much-awaited Chevrolet Corvette has drawn considerable attention at the Detroit auto show, General Motors' most important vehicles at the show are the redesigned 2014 Chevrolet Silverado and GMC Sierra full-sized pickups.

They are expected in showrooms in the second quarter.

GM took the wraps off the pickups last month, but hasn't revealed fuel-economy or other performance figures.

In addition, a re-engineered full-sized Toyota Tundra is due in showrooms this spring.

Full-sized pickups are among the most profitable vehicles sold in the United States, with earnings on some models in the five-figure range. They also draw some of the most loyal customers in the business.

The next-generation F-150 is not due in the market until late 2014 as a 2015 model, but Ford knows it can't afford to rest on its laurels as the industry's pickup leader.

"We thought it was the best time to demonstrate that we have no intention of relinquishing our leadership," said J Mays, Ford's global design chief. "We just wanted everybody to remember who was the truck leader."

Some analysts today questioned Ford's strategy of previewing a 2015 model in one of the industry's most competitive segments.

"With an introduction this early, even as a concept, Ford risks the F-150 being old hat once it actually comes to market," Eric Lyman, vice president of editorial for ALG, said in a statement. "The current generation may also suffer a dip in residual values as loyal customer await the all new product."

Though Ford has pushed hard to diversify its portfolio with better small- and mid-sized cars and crossovers since the 2008-09 financial crisis, the company's profits are still driven overwhelmingly by trucks.

"What we've been trying to do across this entire show is to strengthen our position in vans and commercial trucks and further our leadership in pickups," said Mark Fields, Ford's chief operating officer. "We have always been a leader in concepts."

Fields said Ford would test the reaction of customers to some of the features in the concept pickup, including active wheel shutters, a ramp for loading ATVs, a movable LED spotlight built into the front mirrors, and LED lights in the pickup bed.

The pickup segment is being reshaped as Ford and its competitors emphasize fuel economy without sacrificing power or performance. The companies are making greater use of aluminum and other lightweight materials to take pounds out of their vehicles and improve mpg.

And V-6 engines have grabbed a rapidly growing share of pickup sales. Ford has led the way with the F-150, offered with a 3.5-liter EcoBoost engine. In 2012, F-150s equipped with V-6 engines accounted for 53 percent of Ford full-sized pickup sales. As recently as the 2010 model year, Ford offered only V-8s in the F-150.

Ford officials declined today to discuss details of the next generation EcoBoost engine featured in the Atlas.

The Pentastar V-6 version of Chrysler's 2013 Ram 1500 pickup, introduced in November, gets 25 mpg highway, and Ram ads trumpet the figure as class-leading.

GM has taken a different approach from Ford and Chrysler, making cylinder deactivation standard on the three V-8s offered on the Silverado and Sierra as their answer to the fuel economy challenge. The technology allows the engines to operate as V-8s when full power and torque are needed, and as V-4s when the trucks are cruising at highway speeds.

The trucks have not yet received an EPA mileage ratings.