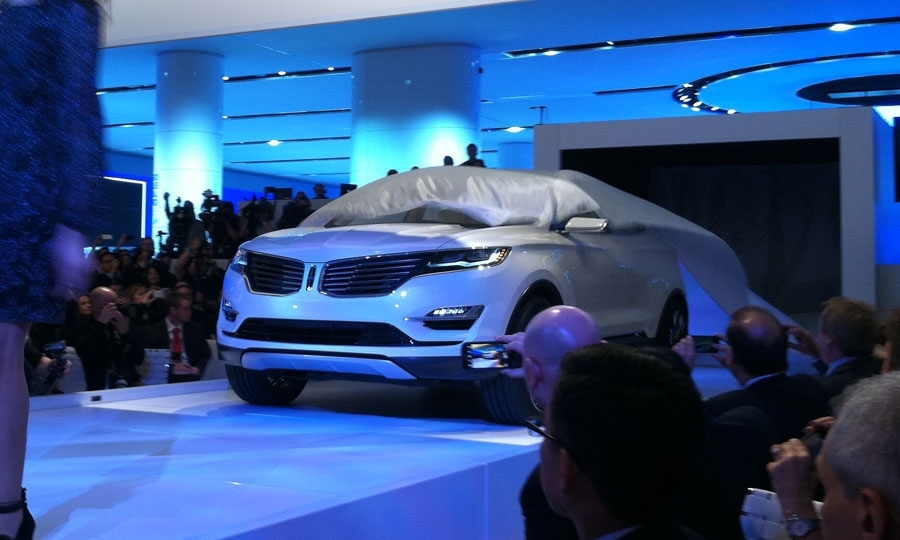 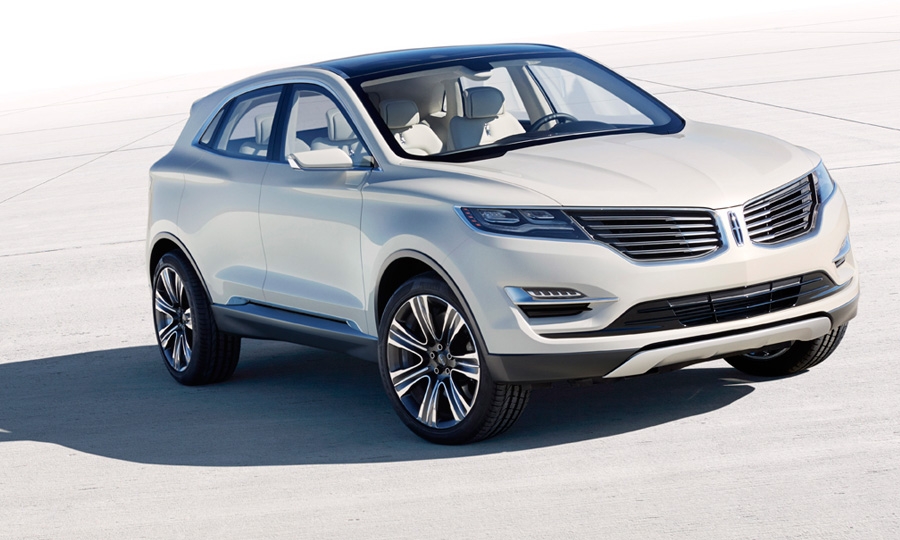 FORD
Lincoln designers had to sculpt “multiple iterations” of the front end to get the proportions right on the MKC Concept.
Share 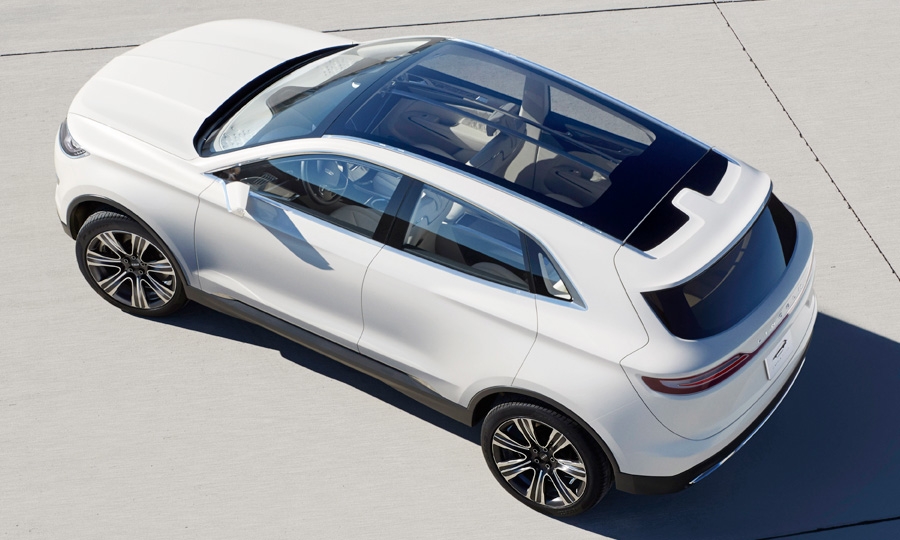 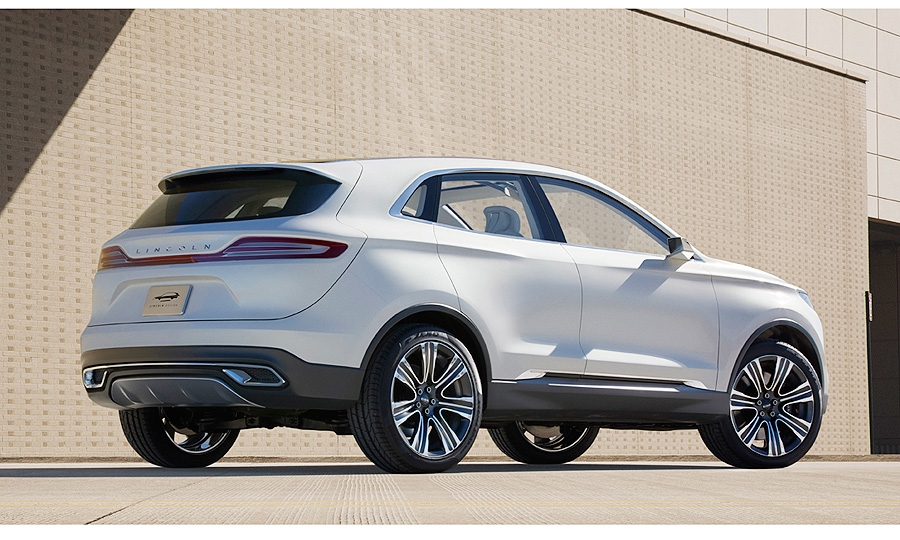 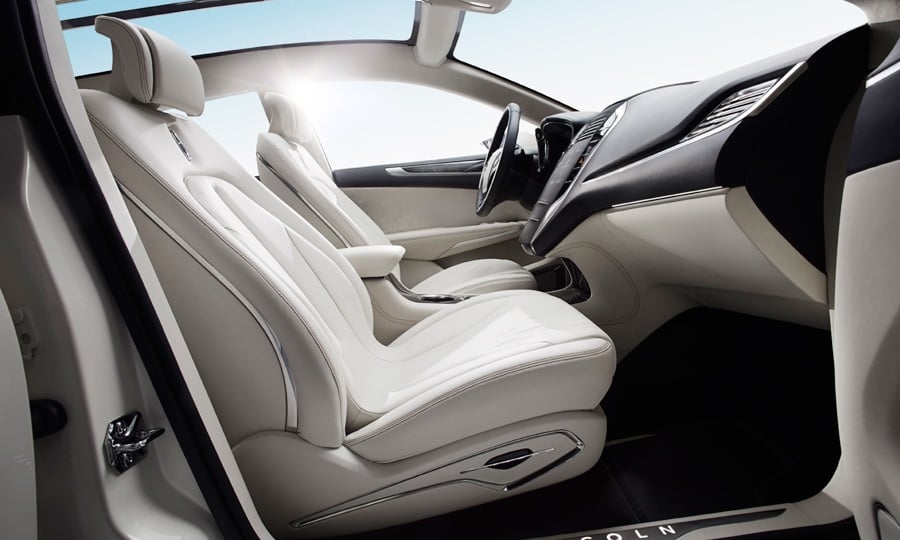 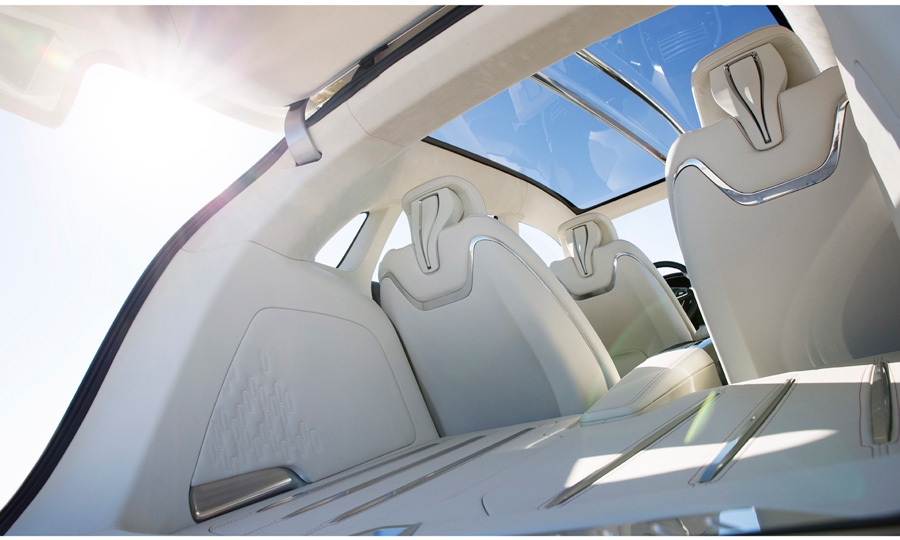 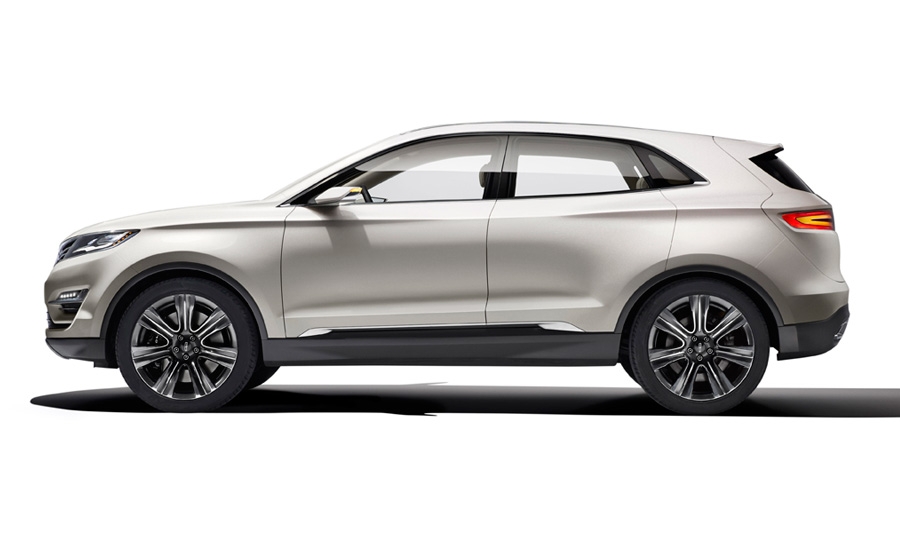 DETROIT -- The Lincoln MKC Concept makes its world debut at the Detroit show Monday, the second vehicle in a new generation of Lincolns aimed at young upscale customers.

Lincoln hasn't said when the production version will arrive, but it could be in showrooms as early as a year from now.

The MKC Concept is Lincoln's vision for its entry in a small segment that's rapidly growing in importance: compact luxury crossovers.

The segment grew 60 percent in 2012 and tripled in size over the last four years, Lincoln says. The growth has been led by vehicles such as the BMW X3, Audi Q5 and Range Rover Evoque.

As Lincoln reinvents itself, the brand's management team knows Lincoln can't compete with the major players in all segments.

So Lincoln is trying to choose its spots carefully, aiming for the largest luxury segments and those with the most growth potential, rather than trying to cover the entire waterfront. That means no niche or halo vehicles at the fringes.

"It's something we can get into and get a strong toehold," he said.

Tom Libby, a forecaster for research firm R.L. Polk & Co., said: "It's still a small segment, but a lot of growth is anticipated" with new entries from Lincoln and Lexus.

The MKC and other models planned as part of a major overhaul of Lincoln are key to reviving its U.S. sales.

On first glance, the cream-white MKC Concept calls to mind the Range Rover Evoque with its raked rear window and liftgate.

"This approach eliminates the traditional vertical cutline on the rear seen on utilities," Murat Gueler, MKC Concept exterior designer, said in a statement. The liftgate is dominated by an LED taillamp that runs the width of the rear end.

The MKC features a new version of the "split-wing" grille that debuted on the MKZ. The grille is one of the signature elements of the new Lincoln design language developed by lead Lincoln designer Max Wolff and his Dearborn team.

The MKC Concept also has a full-length panoramic glass sunroof similar to that of the MKZ Concept. On the production MKZ sedan, the optional sunroof slides over the rear window. Lincoln designers haven't said how the roof might work on the production MKC.

The interior, adorned with playful, customized accents, was designed by Lincoln interior design chief Soo Kang and her team. It features the same push-button gear selector introduced on the MKZ. The push-button selector is to the right of the instrument panel. Placing it there opens up the center console and gives the interior an airy, spacious feel.

The interior is designed to evoke coolness and serenity in keeping with the kind of brand character Lincoln is trying to build -- a contrast to what Lincoln sees as more aggressive design from major competitors.

"We don't want to have a loud, noisy interior. We wanted quiet," said Kang.

Lincoln's redesigned logo, called the star lattice, is embossed in clusters in the leather of the seats and the floormats. Lincoln hasn't said whether such playful touches will be carried over to the production version.

The MKC Concept has four seats, with a center console running from the front to the rear cargo area between both seats.

The MKC is the second vehicle in a new wave of Lincolns designed to lure a new generation of young, wealthy luxury customers away from competitors such as BMW, Mercedes-Benz and Lexus.

The first was the MKZ sedan, which debuted in concept form at last year's Detroit show, followed by a production debut at the New York auto show. Lincoln is likely to follow the same two-stage debut strategy with the MKC, with the crossover going on sale early next year.

The MKC is built on Ford's global C platform, which is also the basis of the Focus sedan and the 2013 Ford Escape crossover. But Lincoln designers have worked hard to differentiate the Lincoln vehicles so customers won't perceive them as upscale Fords.

Lincoln believes these customers, comprising nearly a quarter of the luxury market, are open to trying new brands.