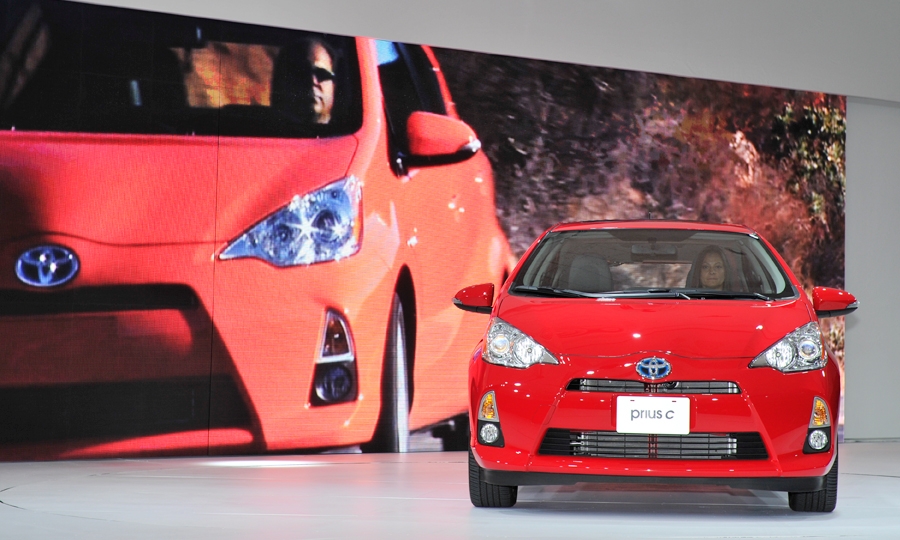 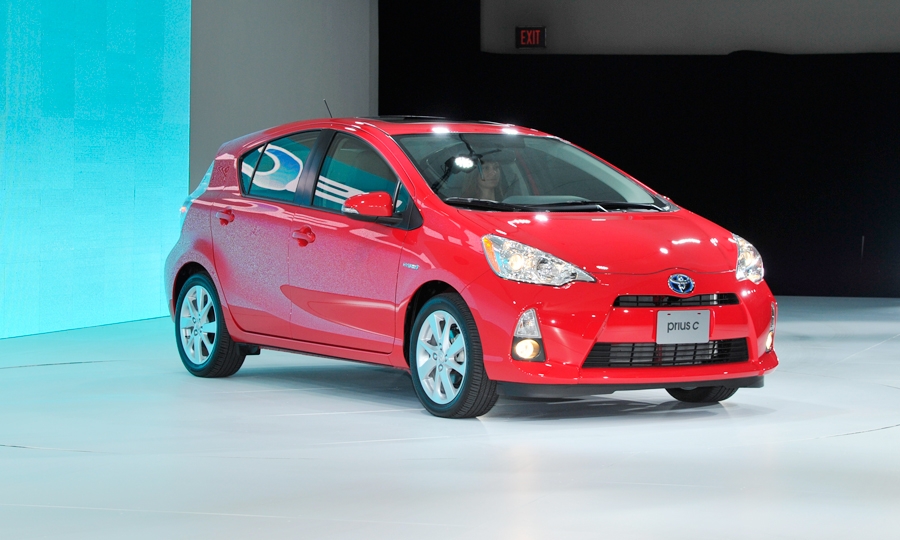 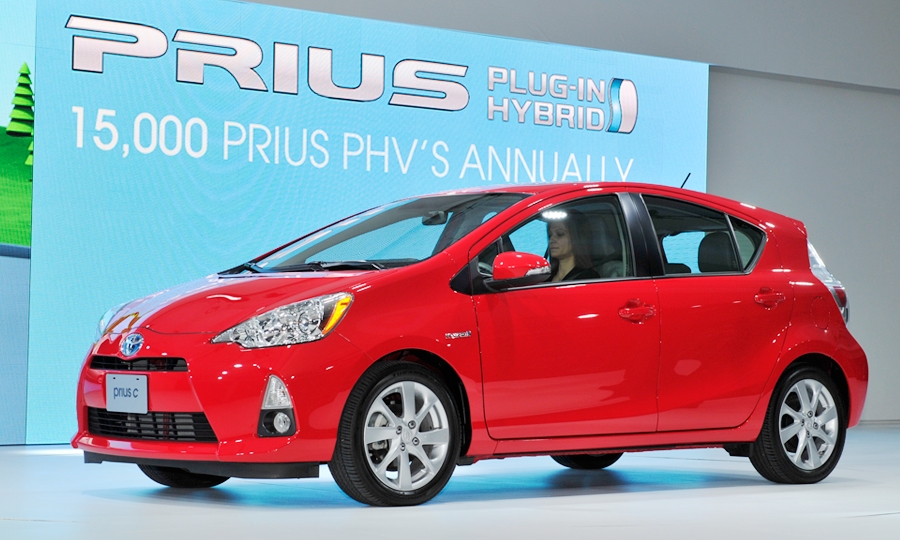 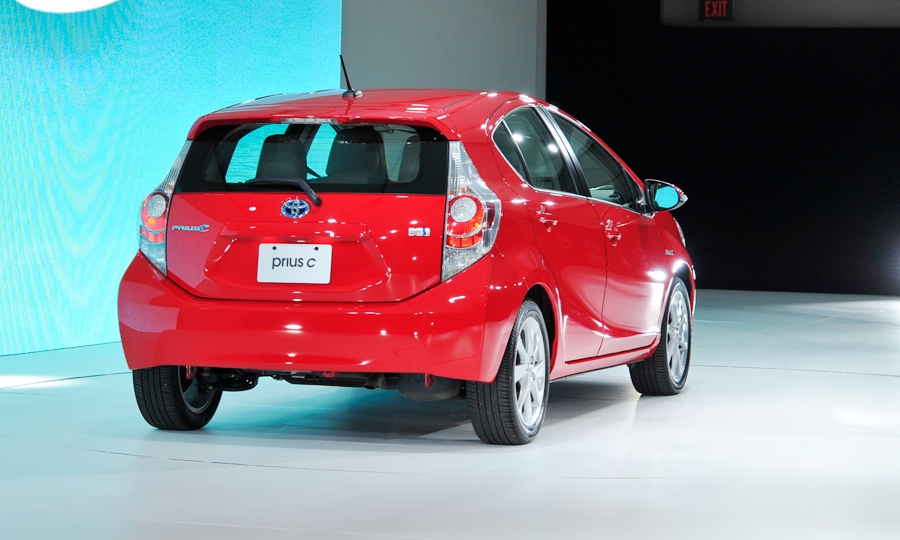 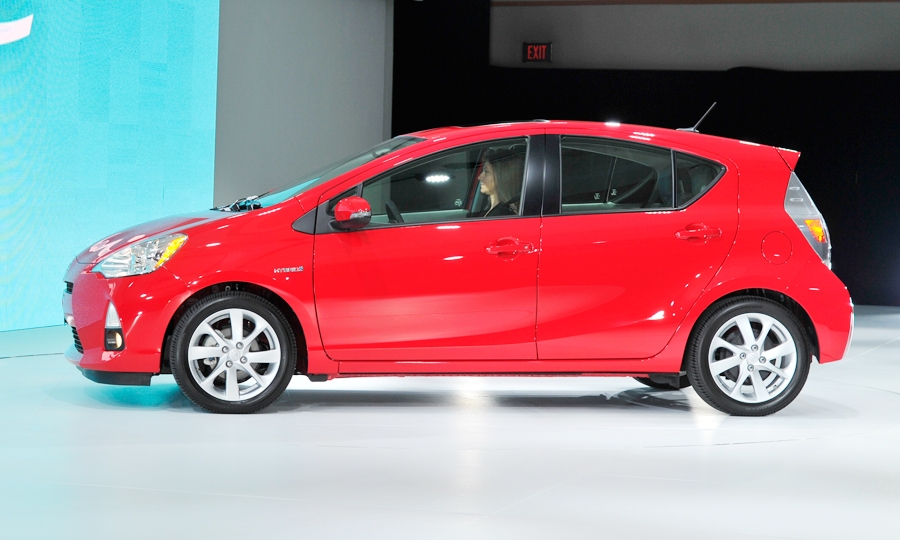 DETROIT -- Toyota Motor Corp. will expand its hybrid vehicle lineup with the subcompact Prius C hatchback that will go on sale in March.

Toyota says the Prius C will get 53 mpg in the city, which it claims is the highest city fuel economy of any vehicle that is not a plug-in.

As is common with hybrids, its highway fuel economy is less favorable, at 46 mpg, giving the Prius C a combined rating of 50 mpg.

Based on the Yaris platform, the Prius C will be priced below $19,000 before destination charges.

It has a six-inch shorter wheelbase, is 19 inches shorter overall, and weighs about 550 pounds less than the standard Prius.

The hybrid operating system is similar to that of the standard Prius, except that the gasoline engine is of smaller displacement, 1.5 liters compared to 1.8 liters. Between the 73hp Atkinson cycle engine and the hybrid motors, the Prius C has combined output of 99hp.

The Prius C can be driven in battery-only mode for about one mile at speeds up to 25 mph.

The concept version of this car shown at last year's Detroit show displayed exuberant styling, but the production Prius C resembles a smaller, cousin of the existing Prius.

Toyota is counting on the smaller, cheaper Prius C to appeal to young buyers seeking value and fuel economy in their first car.

The addition of the Prius C fills out a nameplate that also includes the Prius V wagon that came in late 2011, and the Plug-In Prius that arrives this summer.