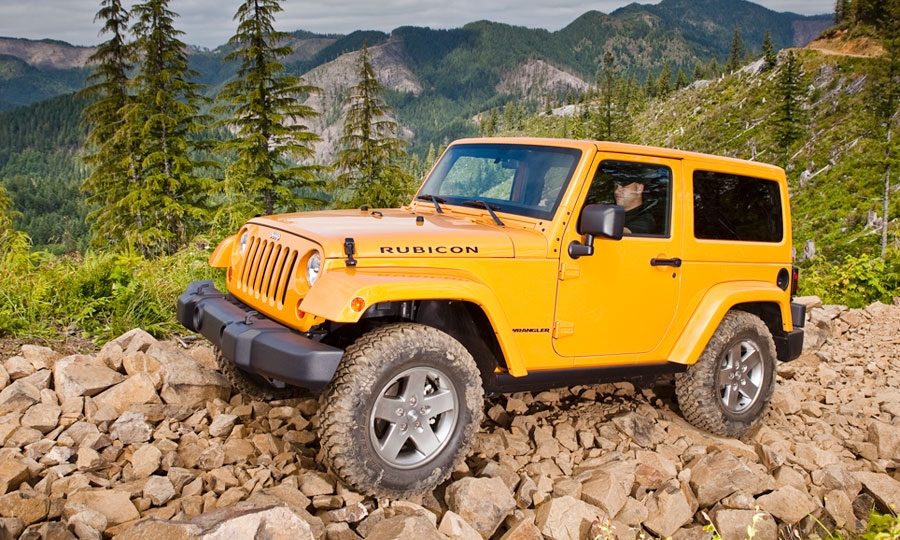 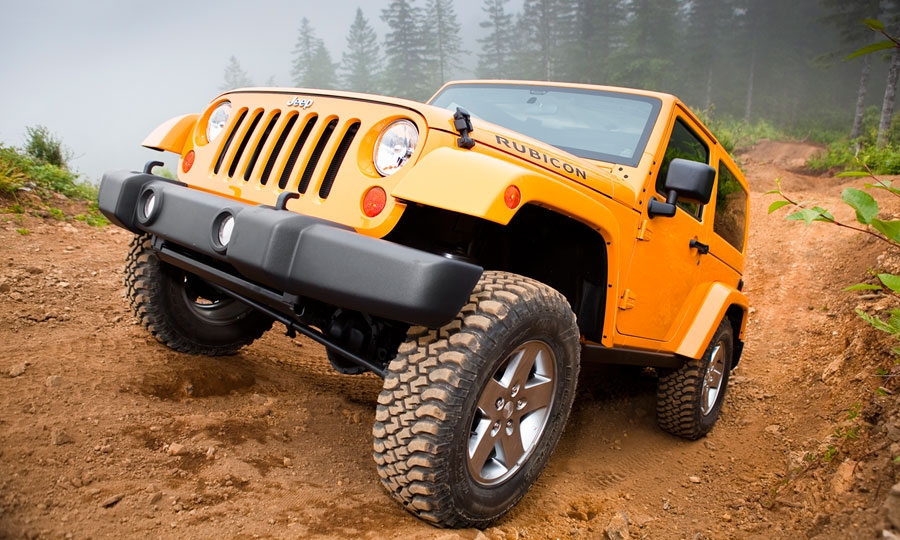 The Wrangler's hood buckles -- the two exterior straps and clips that keep the hood securely in place -- are just as much a part of Jeep history as its seven-slot grille.
Share 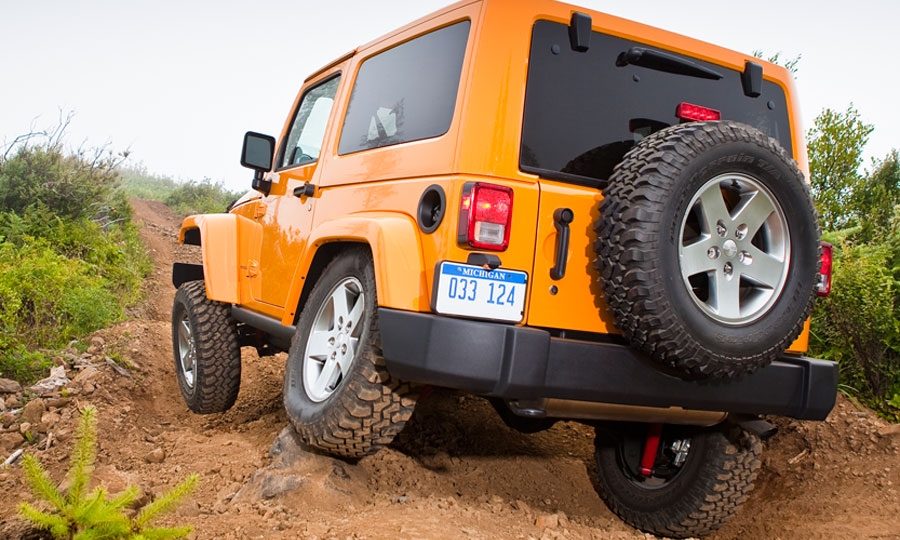 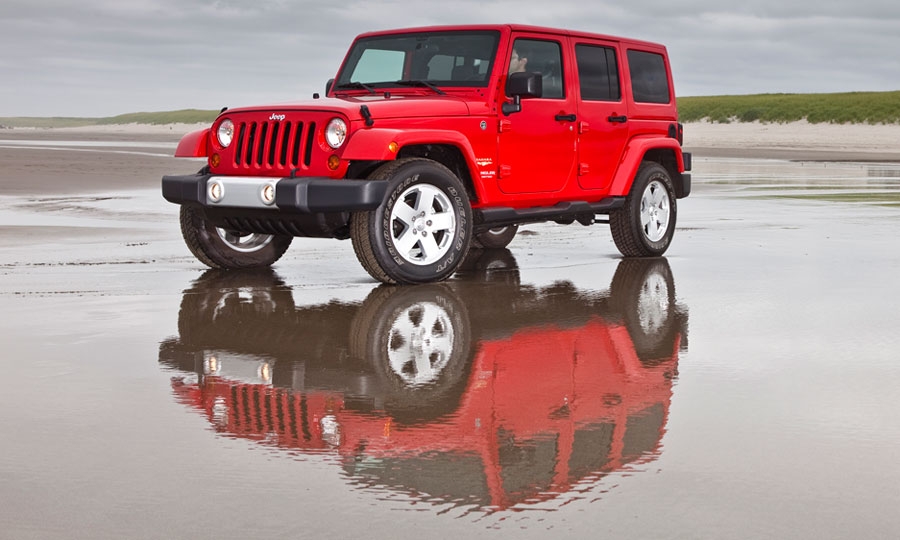 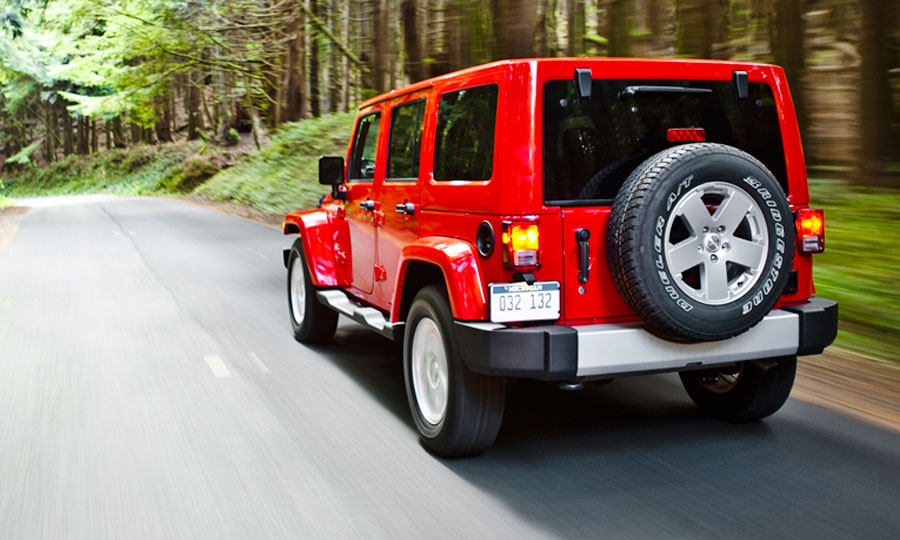 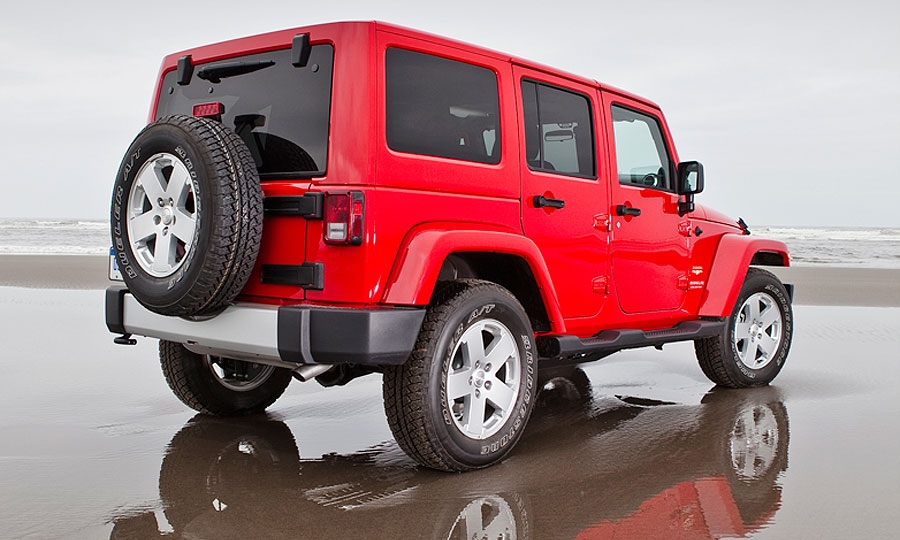 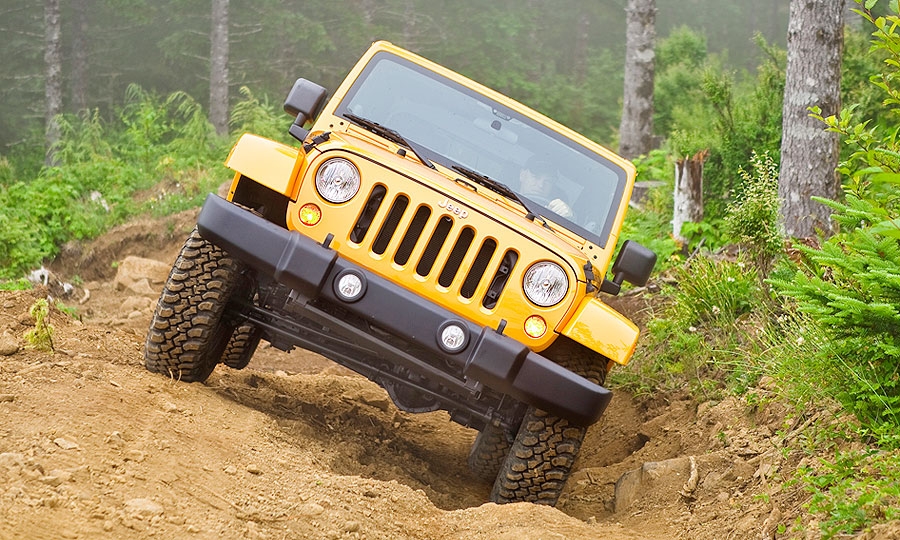 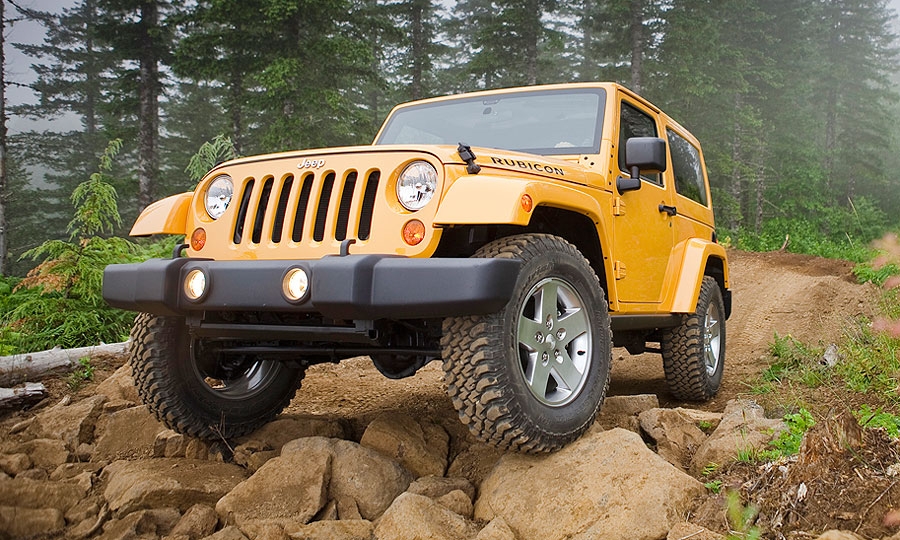 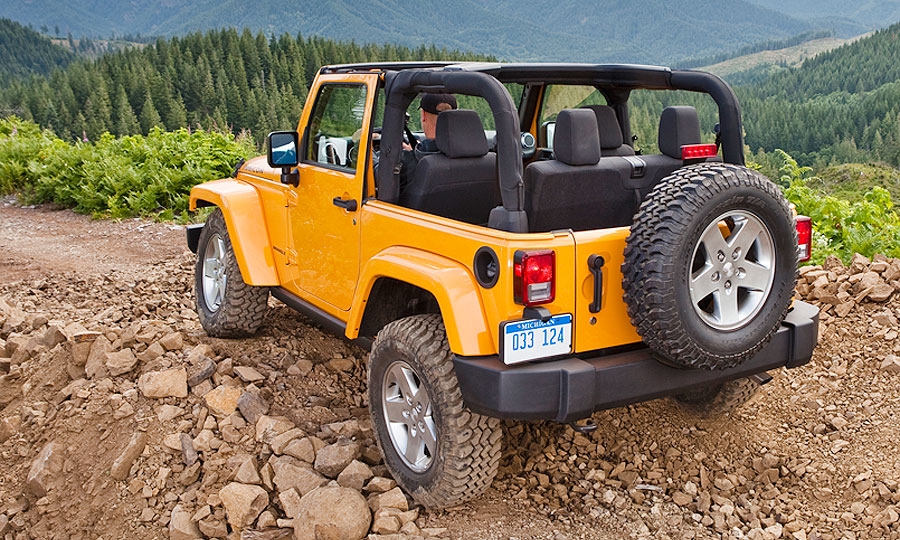 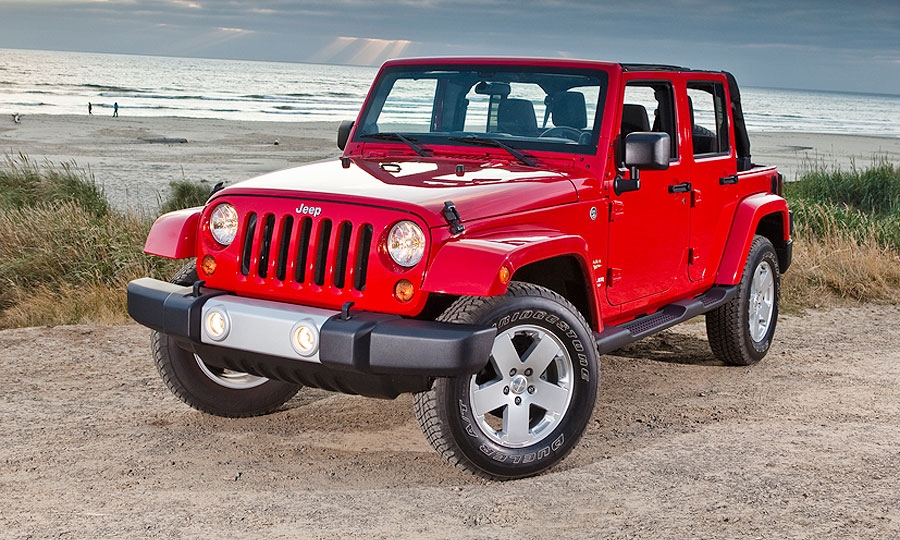 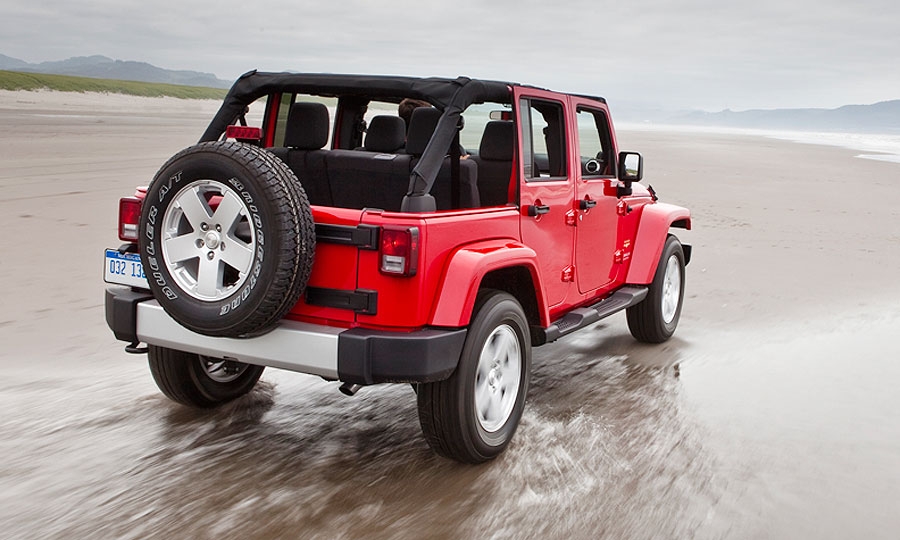 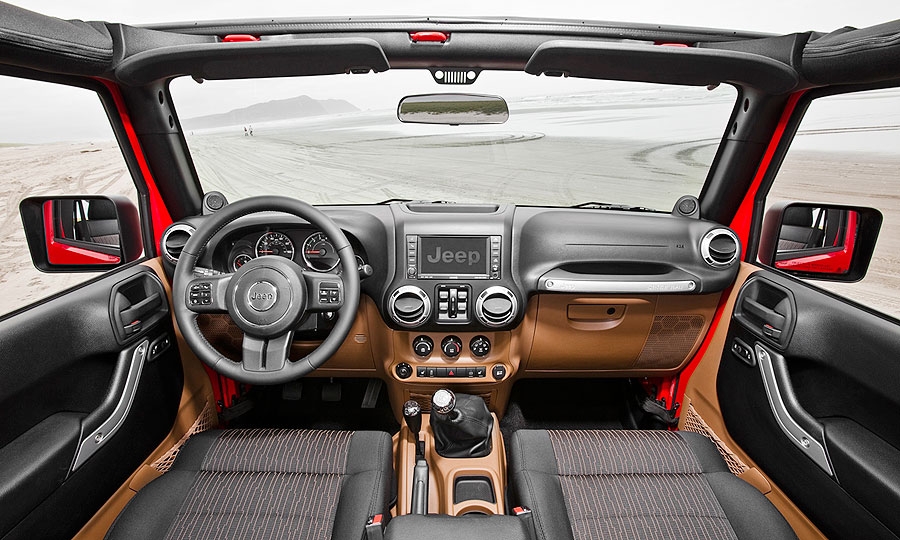 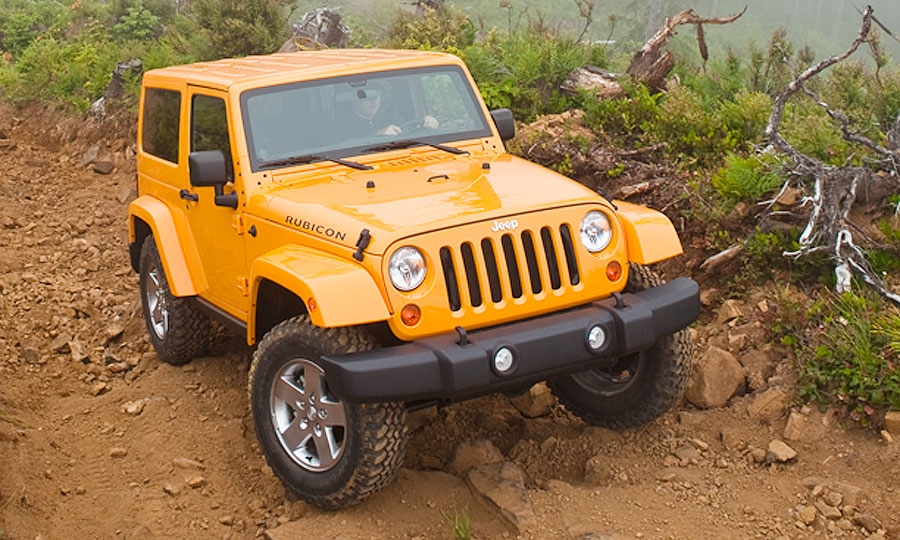 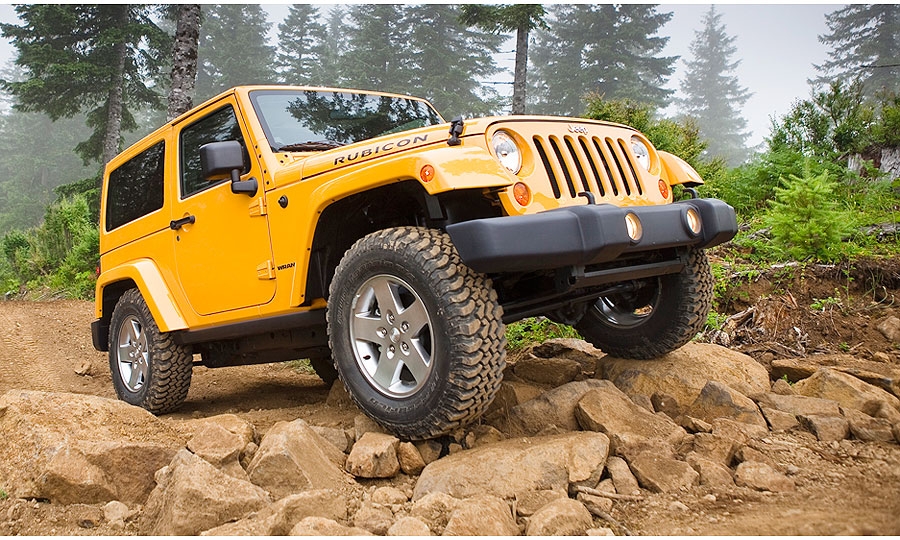 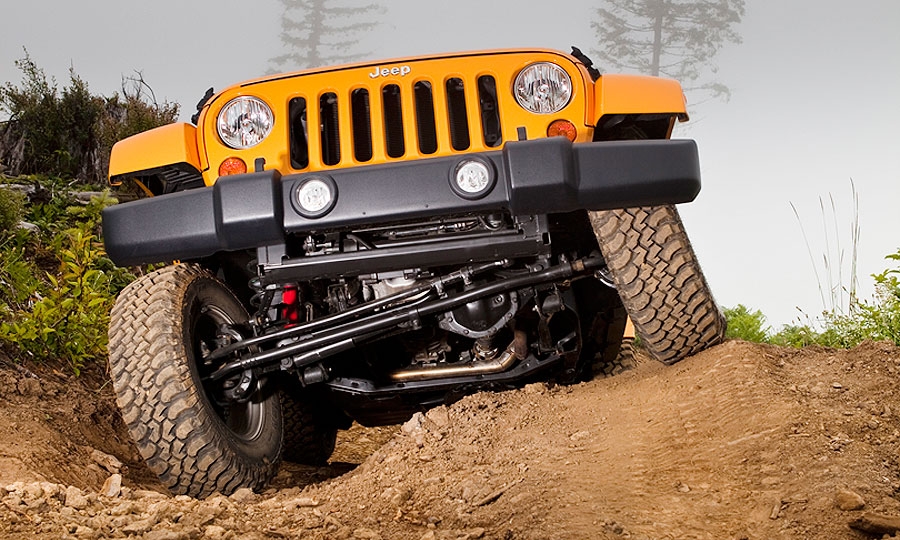 The Wrangler's solid front axle, track bar and drag-link steering system is an integral part of what gives the 4x4 its unmatched off-road chops -- in short, it's what makes the Wrangler a Wrangler.
Share 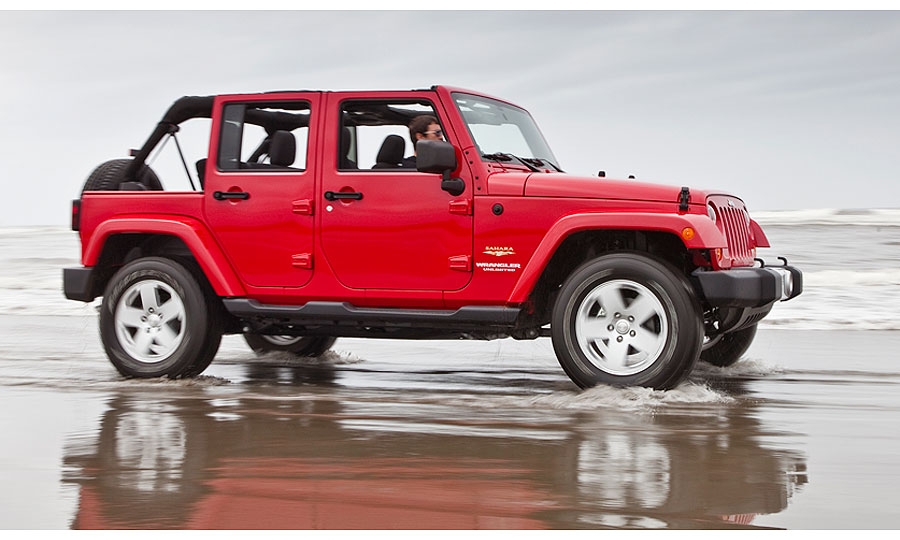 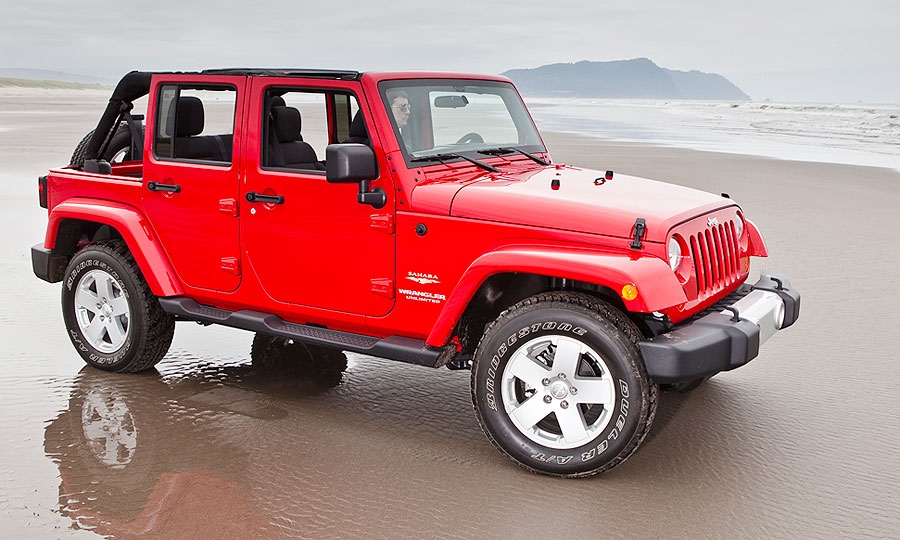 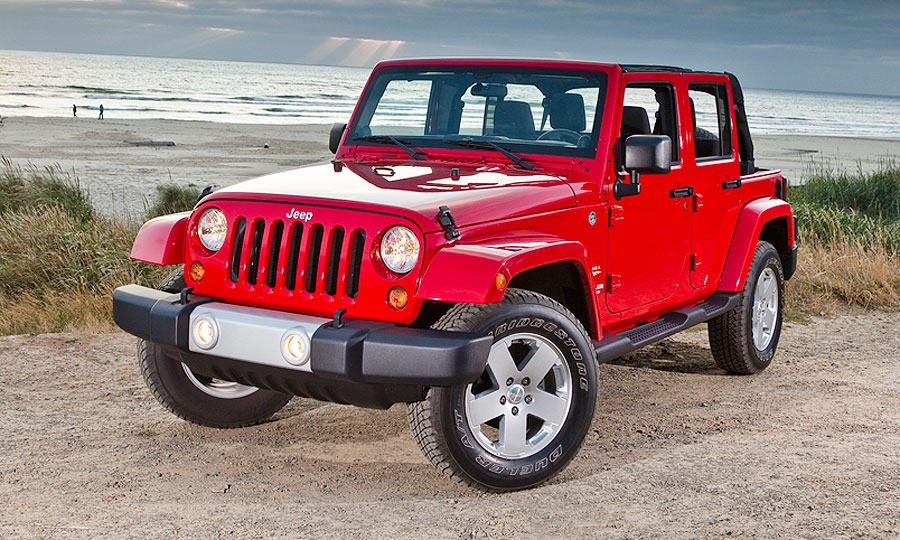 For the 2012 model, Jeep is taking another step upscale by replacing the outgoing model's iron-block 3.8-liter V-6 engine with the more powerful, more refined and lighter Pentastar V-6.

The 0-to-60 time tells the story: A Pentastar-equipped 2012 four-door Wrangler Unlimited with an automatic transmission will go from 0 to 60 in 8.4 seconds compared with 11.4 seconds for the outgoing model.

The 2012 model arrives in showrooms this month.

More than a niche

When Jeep introduced the Wrangler Unlimited in 2006, planners figured it would fill an important niche but not become the dominant seller in the Wrangler lineup.

Not only does the Unlimited outsell its two-door stable mate by a 3-2 ratio, it has driven the Wrangler brand upscale by attracting younger, more affluent customers.

The average age of Wrangler Unlimited customers is 44, and the average household income is $110,000. That compares with an average of 50 years old and $95,000 for the Wrangler two-door.

The four-door model has transformed the Wrangler from a cult vehicle beloved mainly by off-roading enthusiasts into an all-purpose hauler with broader appeal.

"It starts to become a day-to-day vehicle," said Ryan Nagode, lead interior designer for the Wrangler, speaking at the media launch here. "They're not buying it just for trails."

To appeal to upscale customers, Jeep has expanded its offering of fender flares and removable hard-top roofs painted the same color as the body. Jeep offered the matching-color roofs and flares for the first time on 2011 Wrangler Sahara model. Now they will be offered on the top-of-the-line Rubicon model as well.

Portland-area Jeep dealer Ralph Martinez predicts that Wrangler "sales are going to go even higher" with the new engine.

Ellis agrees: "There's a certain section of our owner base that wants to upgrade."

Chrysler gradually is replacing all its old V-6 engines with the Pentastar V-6. The Wrangler is the first Pentastar-equipped vehicle to get a manual transmission. In this case, it's the same six-speed as last year's model modified to fit the new engine. The new automatic transmission has five speeds whereas the previous model had four.

The new engine marks the second major modification the Wrangler has received in two years. For 2011, the Wrangler got a new interior.

VW pushes ahead with 'super platform' for self-driving electric cars