We tracked 2021's dealership acquisition frenzy. Here are the numbers

Automotive News tracked more than 380 dealership acquisitions in 2021, a year highlighted by a spree of megadeals and single-store transactions.

"With everything that we have under agreement, we are moving closer and closer to that 50 mark far sooner than I ever thought because of all the activity out there and low interest rates and good profits," Ciocca said. "And people, they think the timing is right" to exit. 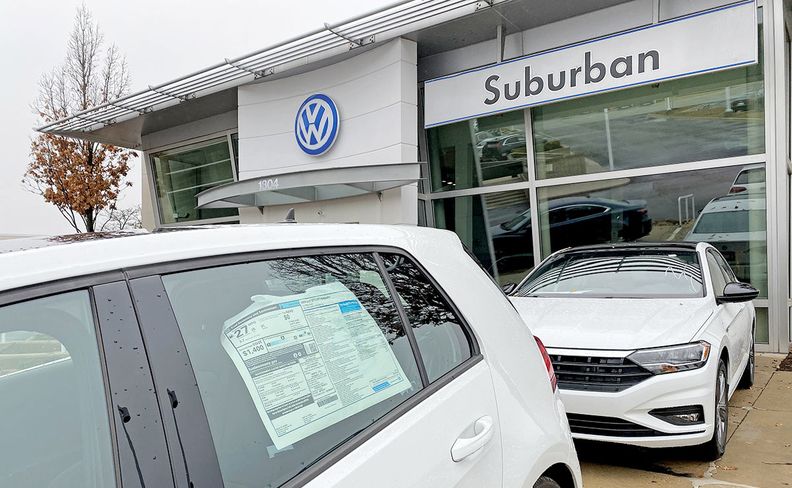 Acquisitions by the six major publicly traded dealership groups surged to more than 200 stores in 2021, according to an Automotive News analysis.

The purchases are part of a new era of consolidation reshaping the retail industry. The country's biggest groups own more of the industry's dealerships and command a growing share of U.S. new-vehicle sales. Several megadeals, accompanied by a flood of smaller acquisitions, made 2021 the biggest year for dealership acquisitions arguably in history. And the big-deal era may just be getting started as many retailers decide whether to get bigger — or sell out.

"We'll see ongoing consolidation, maybe not at the record pace we saw in 2021," said Alan Haig, president of Haig Partners, a buy-sell firm in Fort Lauderdale, Fla. Haig said his company was involved in the sale of a record 50 dealerships last year.

There are no comparable year-earlier figures for the 707 dealerships sold in 382 confirmed transactions in 2021 since Automotive News wasn't tracking industry deals as thoroughly in 2020.

But Haig Partners concluded that a record number of stores — 640 — sold in 2021, eclipsing its previous high count of 463 in 2015 when Berkshire Hathaway bought the massive Van Tuyl Group. The firm's 2021 figure about doubled the number of stores sold in an average year, Haig said.

Transactions in almost every state

Dealership acquisitions in 2021, as tracked by Automotive News, touched every state but two — Delaware and Nebraska. The most activity occurred in high-population states with extensive dealership networks, with Texas leading the way. Certain large transactions involved dealerships in multiple states.

Texas was the most popular state in 2021 for dealership buy-sell transactions and tops for the number of dealerships sold. California, New York, Colorado and Florida weren't too far behind.

While deal pace was high all year, it exploded in the fourth quarter when Automotive News counted 153 deals involving the sale of 327 dealerships. Those included several megadeals such as December's blockbuster sale of Larry H. Miller Dealerships, then the country's No. 8 new-vehicle retailer, to Asbury Automotive Group Inc.

That fourth-quarter surge was driven by a few circumstances, buy-sell experts say. Many dealers like to close transactions by year's end for tax purposes, they said, and for much of 2021, dealers figured they may be subject to a huge increase in capital gains taxes in 2022, though that didn't materialize.

Automotive News tracked 382 transactions involving 707 dealerships sold in 2021. Though deal pace was brisk throughout the year, transactions soared in the fourth quarter.

Whether those megadeals that clearly pushed 2021's numbers will continue is up in the air.

Haig said he's not sure such supersized deals will materialize in 2022, but he expects plenty of small and medium transactions.

Andy Church, president of Dealer Solutions Mergers and Acquisitions in Stuart, Fla., however, said he expects megadeals will continue this year and will contribute to changes in the rankings on Automotive News' list of the top 150 dealership groups based in the U.S. The most recent version of that list based on 2021 new-vehicle sales saw plenty of shakeup because of consolidation, and the effects of deal-making both last year and in 2022 will contribute to more changes in volume and, likely, rankings on the list.

"Many, many dealers now are interested in not just acquiring one dealership but making more aggressive moves and buying an entire group," Kerrigan told Automotive News.

Before the coronavirus pandemic, Kerrigan said most buyers, outside of the publics and the largest privately held dealership groups, were hesitant "to do a major transaction."

"Whereas today, we find that many private groups are seeking transformative acquisitions because they believe scale is the biggest determiner of their future success," she said.

Public dealership groups acquired a combined 222 U.S. dealerships in 2021, according to Automotive News. Gregg Ciocca, CEO of Ciocca Dealerships in Quakertown, Pa., says many dealers “think the timing is right” to exit.

Of all 2021 transactions tracked by Automotive News, 42, or 11 percent, involved one of the six major public groups or publicly traded LMP Automotive Holdings as buyers.

Kerrigan Advisors estimated the six major publics spent a record $9.56 billion on acquisitions in 2021, significantly up from its $2.48 billion estimate for 2020 when only Lithia and Asbury made acquisitions.

Church said about 70 percent of transactions handled by his firm last year involved single stores. For 2022 so far, it's been closer to 50 percent. Hudson Automotive Group of Charleston, S.C., is one of the quickly growing groups, making four acquisition deals in 2021, including three for single stores. Overall Hudson bought five dealerships last year and sold one; entered a new state, Alabama; and added a brand, Mercedes-Benz, to its portfolio.

"That was a good year for us," Hudson Automotive CEO David Hudson said of 2021. "2020 was our top year. We added 12 rooftops in 2020, which was the most we've ever done. Five last year. It's hard to predict what this year or the future years are gonna hold." 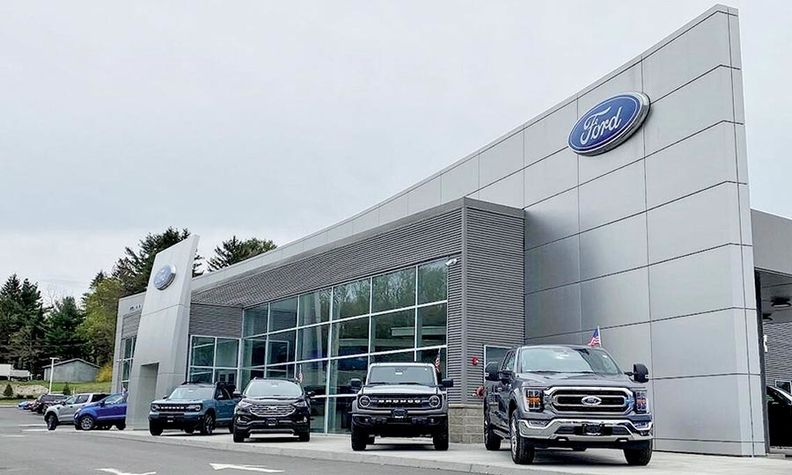 Buy-sell experts predict a robust acquisition market in 2022. Automotive News has so far tracked more transactions in this year's first quarter than in the comparable period a year earlier.

Hudson Automotive bought a Ford store in South Carolina in February and continues to seek acquisition opportunities as it focuses primarily on expanding in the eight states — Alabama, Georgia, Kentucky, Louisiana, North Carolina, South Carolina, Ohio and Tennessee — where it already has a footprint.

"You look at a lot of deals to find one that you actually transact on," Hudson said.

In addition to the group's current states, Hudson said he also "would love to maybe push west into Texas if we find the right opportunity. That's really kind of the only market outside of where we are today that we've been looking."

Dealership Buy-Sell: This Automotive News feature lists dealership acquisitions as reported by brokers, news media and official announcements. See our list of buy-sells and submit details of your deals here.

Instead, they increased more in 2021.

"That was surprising," Phillips said. "One of the effects that it has had is now we find everybody's idea of value has changed. Prices are very high."

Average blue-sky value — the intangible value of a dealership, including goodwill — for a store owned by a public dealership group reached a record $20.1 million at the end of 2021, more than double what it was at the end of 2019, according to Haig Partners.

Haig said the increase is mostly because of the public groups' higher profitability. The trajectory has been similar for privately owned dealerships, he said, with an estimated doubling of their blue-sky values during that period.

"We don't see any type of downturn in dealership values," Haig said. "Not yet anyway. Maybe it'll happen later this year, but so far [it's] still as good or better than it's ever been."

Kerrigan Advisors estimated that the average dealership's blue-sky value rose to $11 million by the end of 2021, up from $7.7 million at the end of 2020.

How the package on dealership acquisitions in 2021 came about

After collecting and analyzing data on dealership transactions across the country in 2021, Automotive News can more thoroughly tell the story of last year's surging buy-sell market, a phenomenon that is continuing in 2022.

Several brokers told Automotive News that their firms had record years in 2021. Tim Lamb, president of Tim Lamb Group, a buy-sell advisory firm in Columbus, Ohio, said his company was involved in the sale of 59 dealerships last year, by far an all-time high.

"You had kind of this perfect storm, so to speak," Lamb said. "Dealers with a lot of money to spend on acquisitions. You got banks being very aggressive with their financing at historically low interest rates. You had a lot of aggressive buyers out there. And then, it was a good time for guys to sell."

So far, 2022 is tracking ahead of last year for the firm. Lamb said he anticipates Tim Lamb Group will have represented the sale of 40 dealerships by midyear.

And even with more than seven months remaining in the year, brokers are feeling the pressure to keep deal flow moving.

"I was saying to my staff, we have to get going," Phillips said.

The firm is handling several deals already headed toward closing, but her employees will have to work quickly on new transactions as they get firmed up to ensure they can be finalized by year end, she said.

Nancy Phillips Associates represented the sale of about 12 dealerships in 2021 and is on track for about the same amount this year.

"It's a very unique time," Phillips said. "I said this last year: I don't see how it's gonna get any better. But it did. I don't have the answer. I think, though, if I was selling my business and wanted to get out in the next five years, I would probably do it now."

Use of editorial content without permission is strictly prohibited. All Rights Reserved.